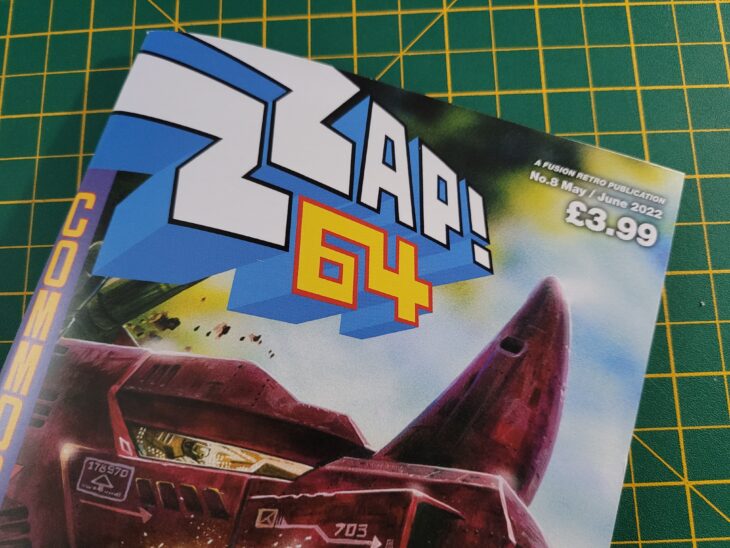 It’s been quite some time since I last shared a look at the latest Zzap! 64 magazine and coverdisk so having just received Issue 8 I thought I’d rectify that. 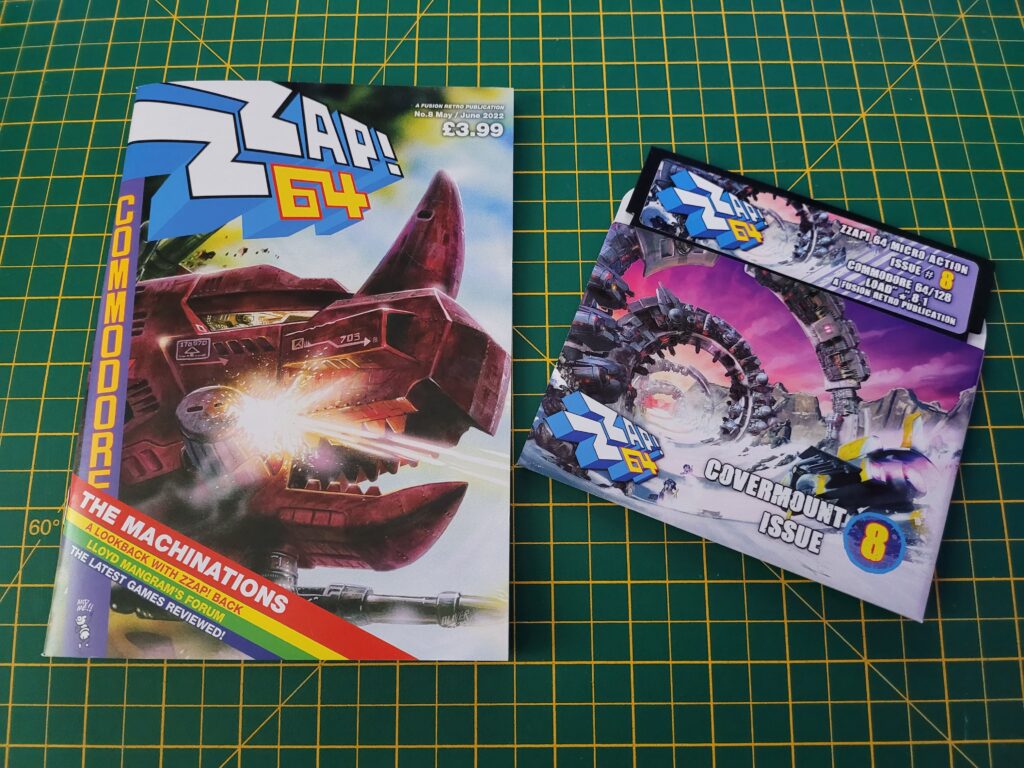 The magazine itself is another cracking edition with plenty of content to get stuck into. Spanning 60 pages there was lots to read about, including 8 new C64 game reviews, retro reviews, news and articles.

The editorial really stuck a chord with me on this occasion as it was all about the mighty ‘Mega65′ computer. I finally took the plunge and pre-ordered one of the second batch of these myself a while back and can’t wait to get my hands on it so I really hope the idea of a regular Mega65 section comes to pass. 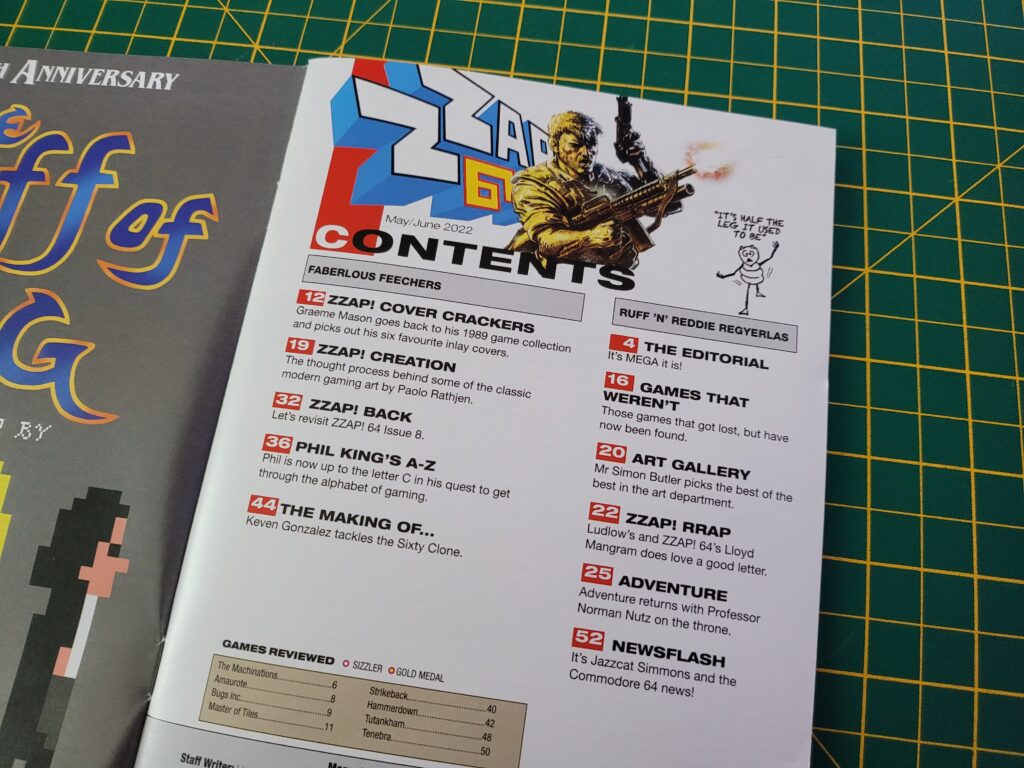 As always the coverdisk is a visual treat in itself before it ever goes near a 1541! Featuring some great ‘space-y’ artwork across both the disk jacket and label. I’ve probably said this before but I wish this had been the standard of disks back in the day – but I suppose full colour printing was prohibitively expensive back then. 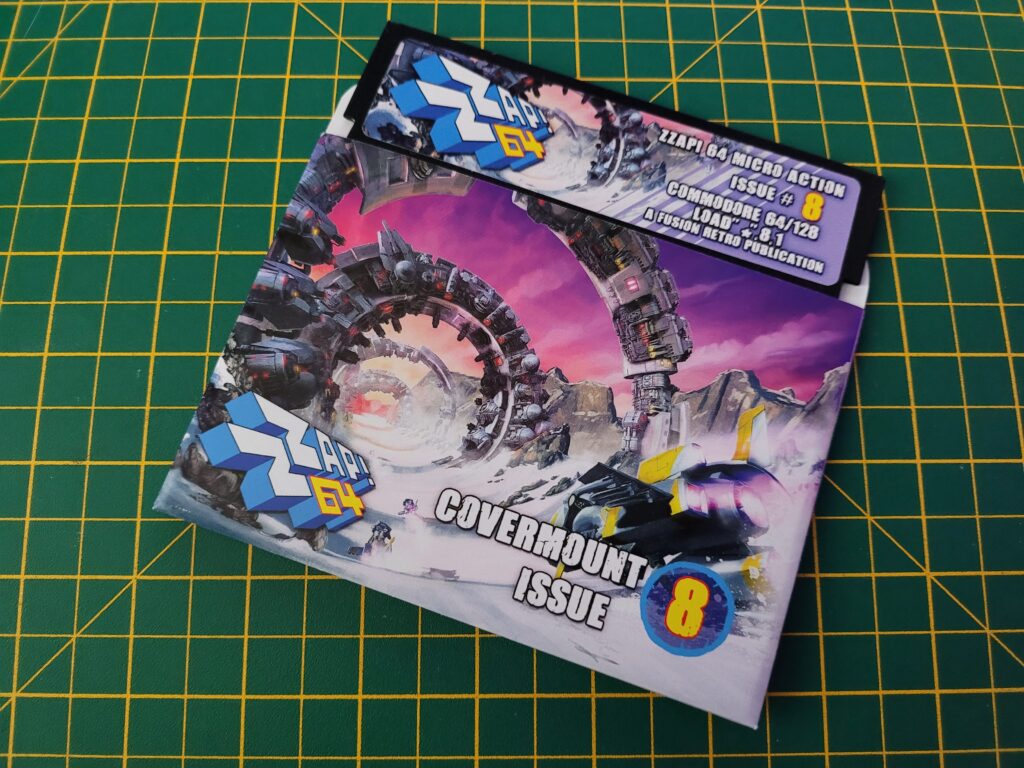 A huge part of the enjoyment of getting a new coverdisk for me is going in blind and discovering what’s on them. Flipping the disk over gave the game away a little as the contents were listed on the back of the jacket. Still, it will prove handy in the future when I’m trying to locate a specific game/demo. 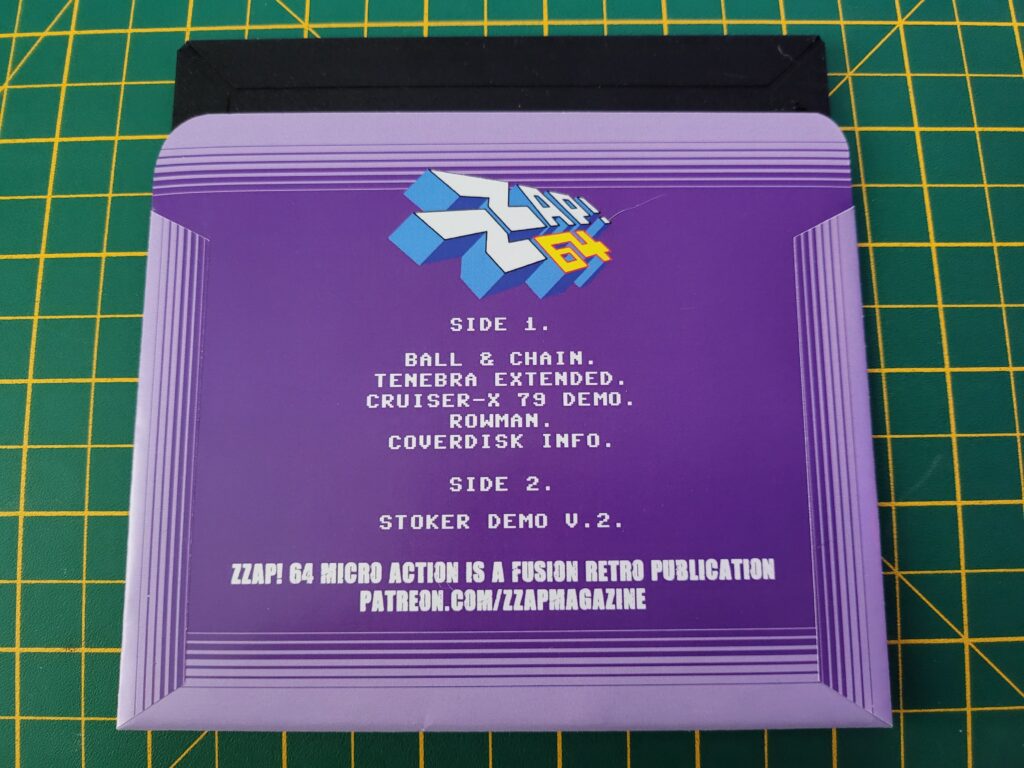 Upon loading up the disk I was greeted with a cool title screen listing the contents of the disk and a nice piece of SID music. Issue 8’s coverdisk features three full games and two demos spread across both sides. When selecting an option from the menu it tells you which side of the disk needs to be inserted before asking you to press the space bar to load it.

Option six brings up instructions for each game accompanied by some jolly decent Last Ninja music. 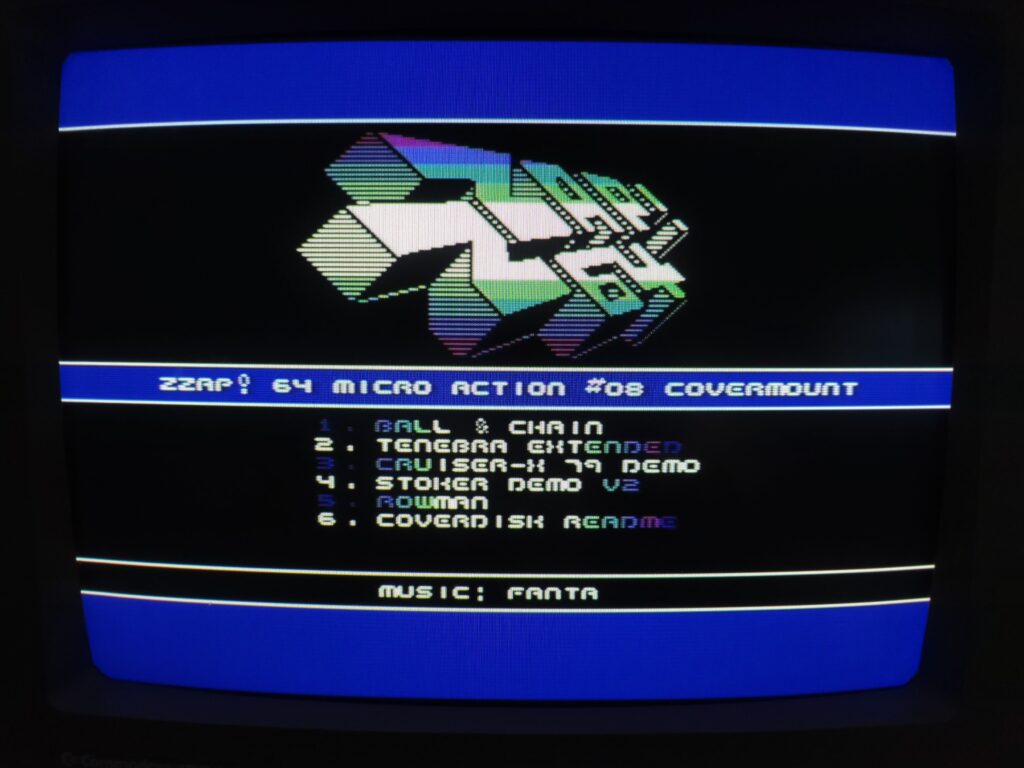 The Games and Demos on Disk #08

This is a fun little side-scrolling, endless runner style game where you guide your character, a rubber ball, around obstacles collecting coins and defeating baddies along the way.  The ball and chain you are shackled to can be used as a weapon once you get the hang of swinging it around. The game starts off pretty easy but soon starts to get harder and faster until you inevitably go splat. 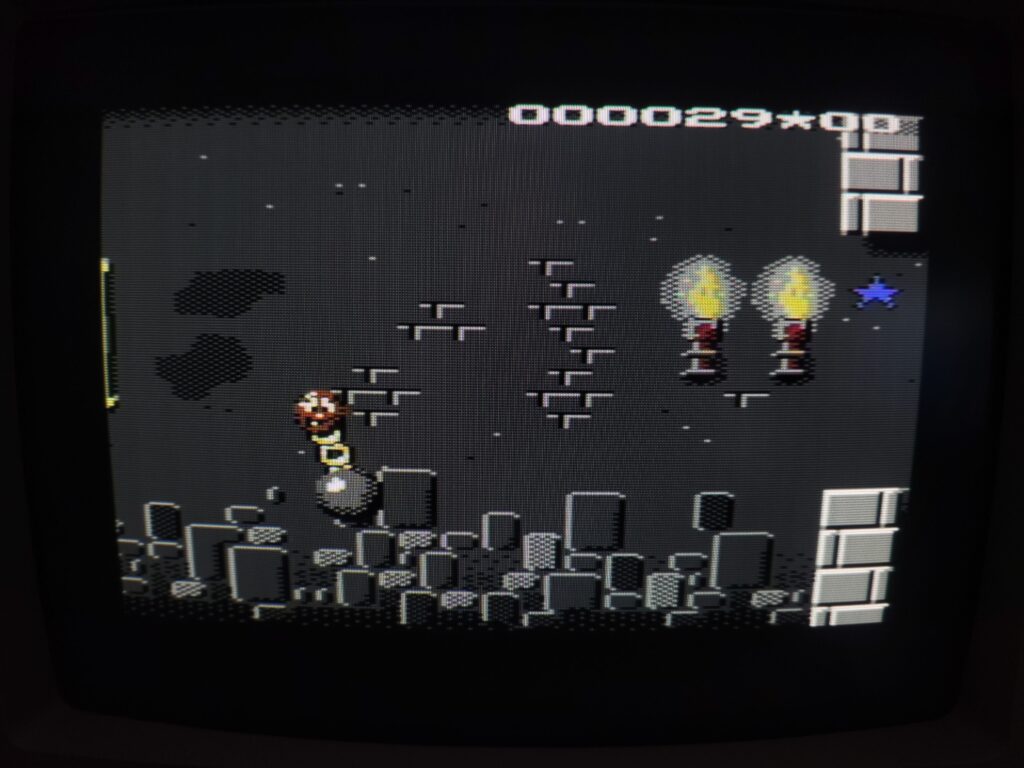 Tenebra is a really unique puzzle game where you have to guide your character through mazes of increasing complexity to reach the exit. The neat mechanic here though is that you can only move around lit areas and most of the levels are in darkness. You can pick up torches to light the way but there will be entrances that can only be crossed when your hands are free (forcing you to drop the torch) and so on. The game also features a neat password system so you can continue your progress right where you left off. All in all a very enjoyable and relaxing little game. 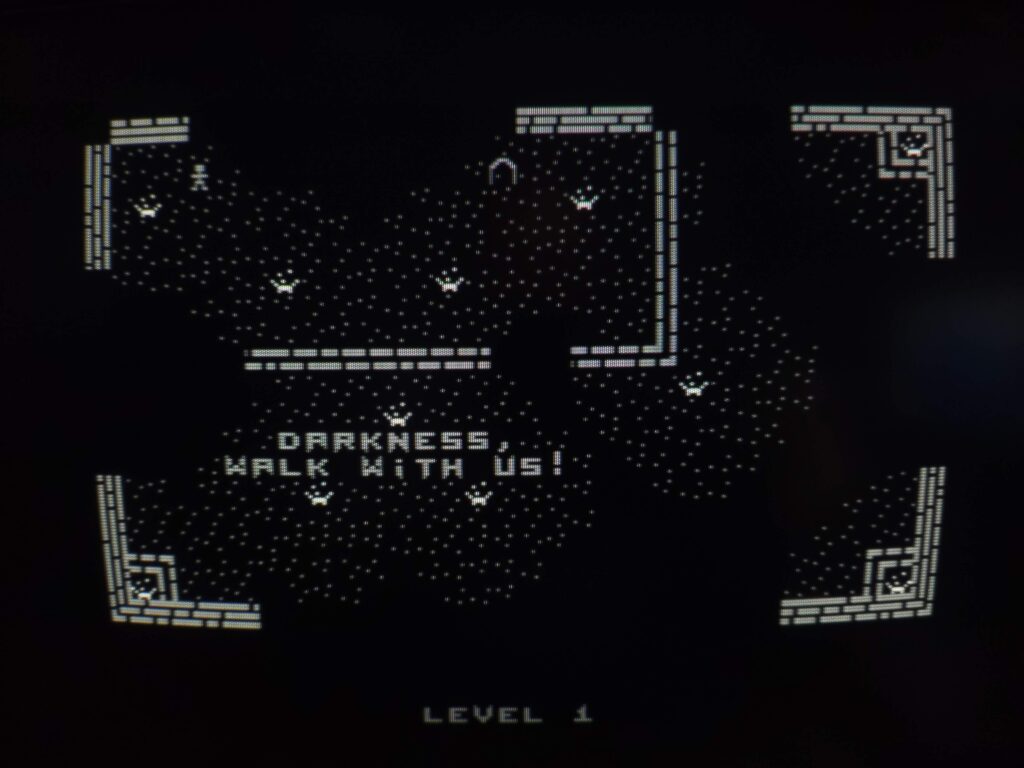 The is a demo of an upcoming vertical scrolling shoot-em-up. Shoot stuff whilst trying to avoid getting hit yourself and picking up power-ups along the way. Decent title music and functional in-game music and SFX, 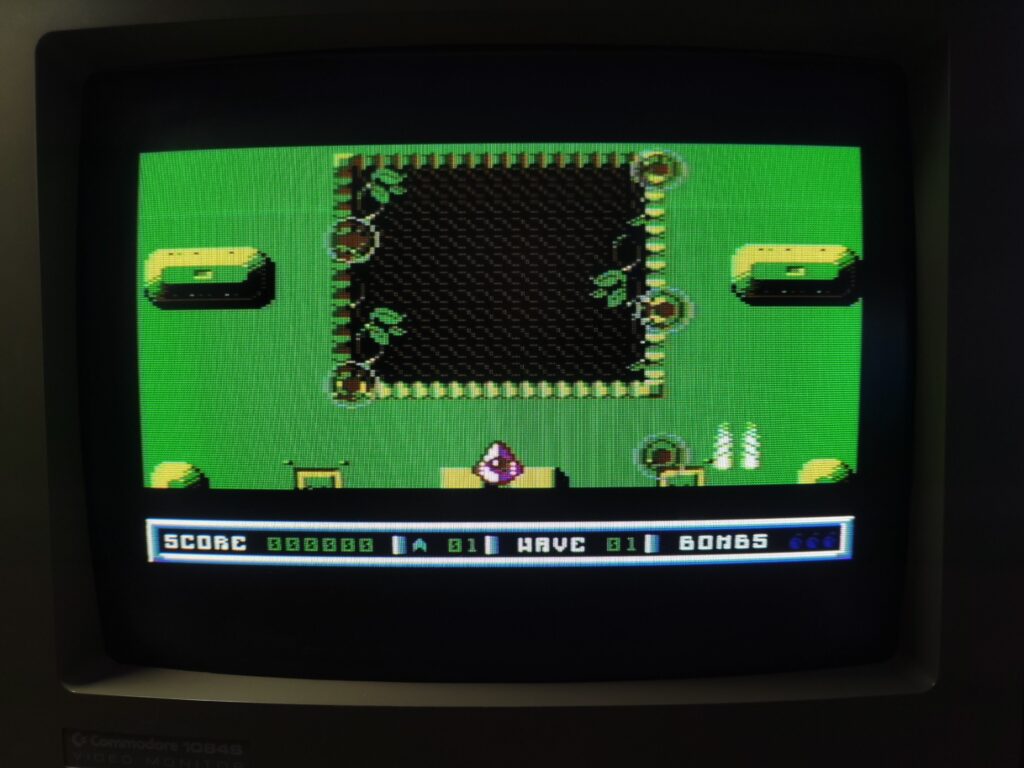 This is a demo of a very interesting looking platform game featuring a cute looking dragon as the main character. The main appeal of this game is the huge playable dragon character called ‘Stoker’. He’s much larger than the sort of characters we’re used to on the C64 and really well drawn and animated too. Looking forward to seeing this when it is finished. 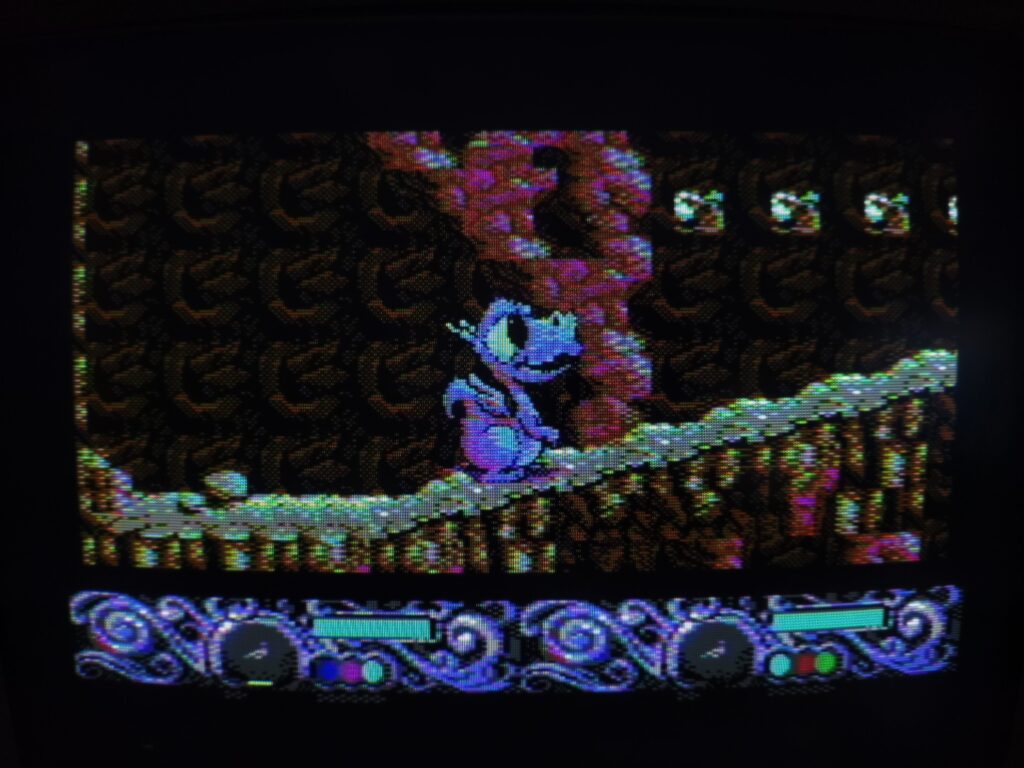 In Rowman you control a little guy in a boat who must escape from a labyrinthine cave system collecting coins and treasure along the way. You have the ability to raise (but not lower) the level of the water inside the caves which you need to use carefully to both collect coins and reach each cave’s exit. The best part of this game for me though was it’s paddle support which is pretty rare in C64 games, new or old.

It really comes into its’ own with a set of paddles attached although it is very sensitive and I found my Hedaka Paddles worked far better than my cheap Atari  ones. If you have access to a decent set of paddles this is the best way to play the game. Be warned it can get get quite frustrating! Falling rocks can be almost impossible to avoid if you’re in the wrong place at the wrong time… 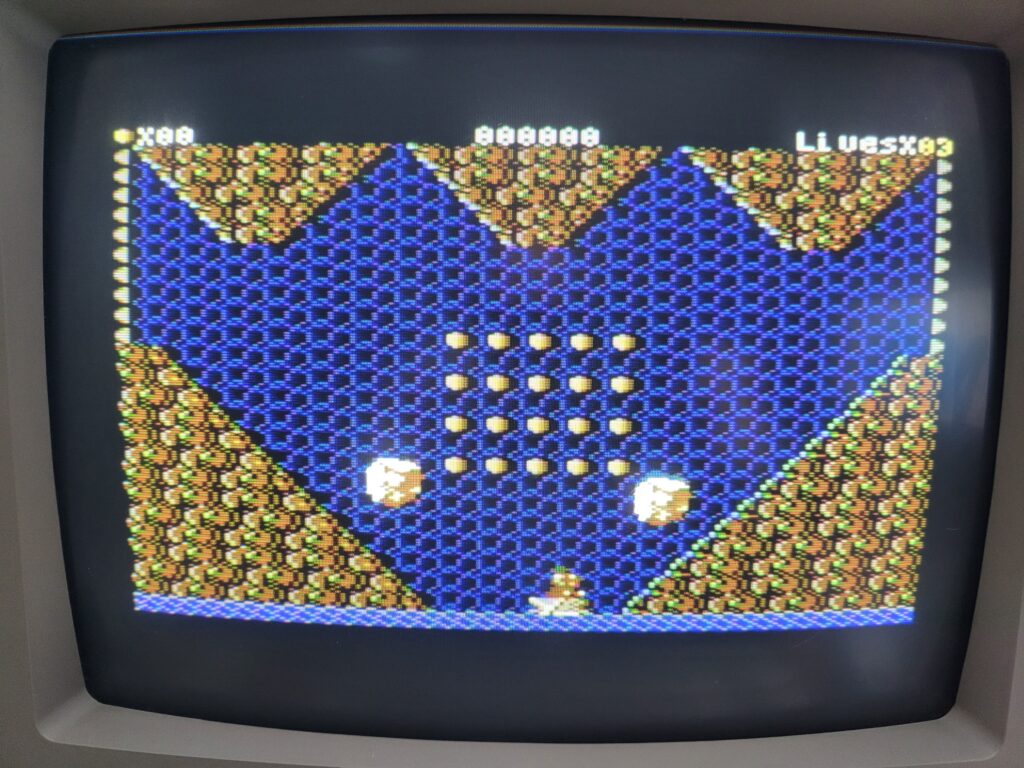 This is another great edition of Zzap! 64 and well worth a buy, as is the coverdisk if you are a fan of physical media. The magazine is available from Fusion Retro Books and is priced at £3.99. Make sure you use the code ‘LYONSDENBLOG’ to grab yourself a nifty 15% off the price! This code works for everything you place in your basket too!

Here’s a small gallery of images from the magazine.