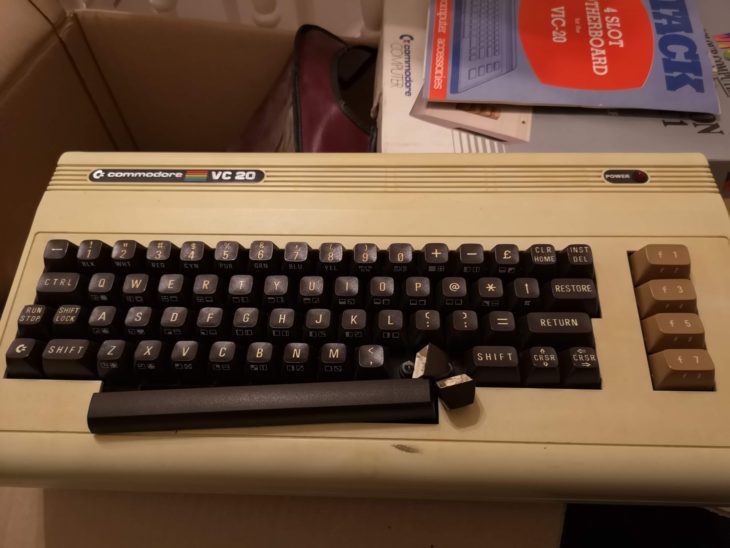 This is just a quick post about how I was able to repair the damaged keyboard on my recently unearthed Commodore VIC20.

As I mentioned previously in my VIC20 Attic Find post, the decades of storage in my attic had taken its toll on the keyboard. The insides of the keys had become brittle and four of them had broken apart. As you can see from the following photo they were in a pretty bad shape. In this condition they just wobbled around on top of the plungers and fell straight off if the keyboard was turned upside down. 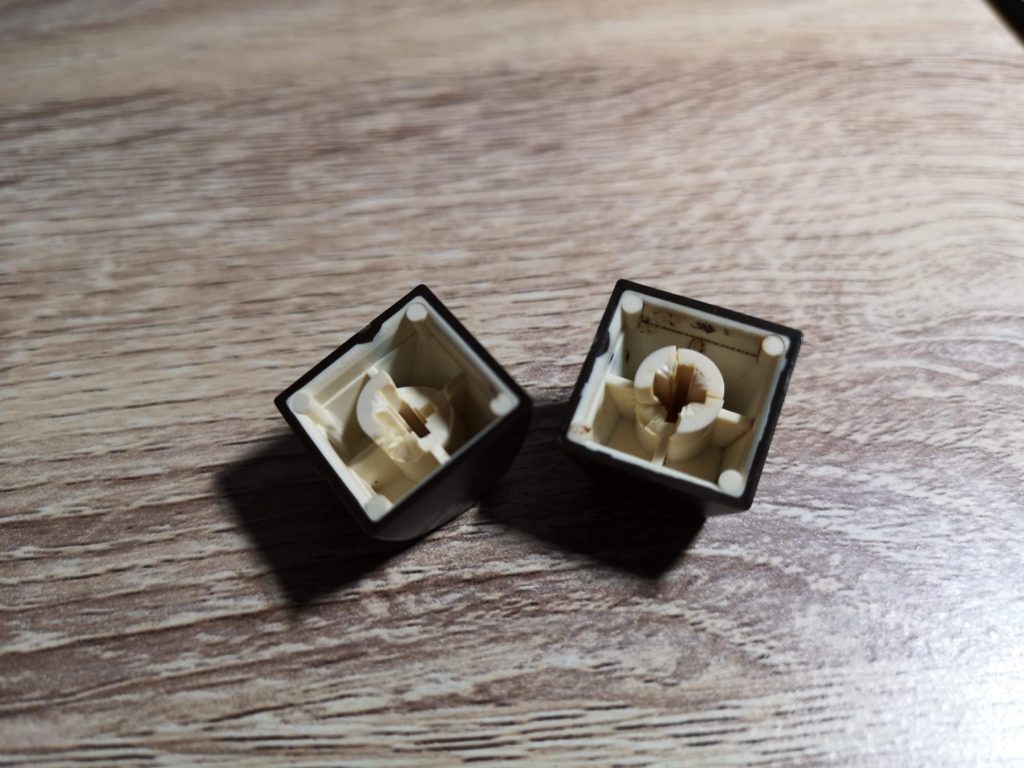 The quick and easy solution would have been to stick some blue-tack in there but I doubt that would have been an effective bodge for long. Alternatively I could have glued them in place but then they would be permanently attached to the keyboard with no way of removing them for future cleaning or repairs. As my dad always used to say, if a job’s worth doing then it’s worth doing properly!

I did toy with the idea of replacing the whole keyboard with one from a donor machine off eBay. However that wasn’t cost effective and I really wanted to keep my VIC as original as possible.

I asked and searched around and eventually stumbled across retroleum.co.uk. They sell (amongst other spares) individual replacement Commodore 64 keys for £1 each. Luckily for me, the keyboard on my VIC20 is identical to the ones found on the original breadbin style C64’s. Not all revisions are so do check carefully before buying C64 keys if you want to fit them on a VIC20. 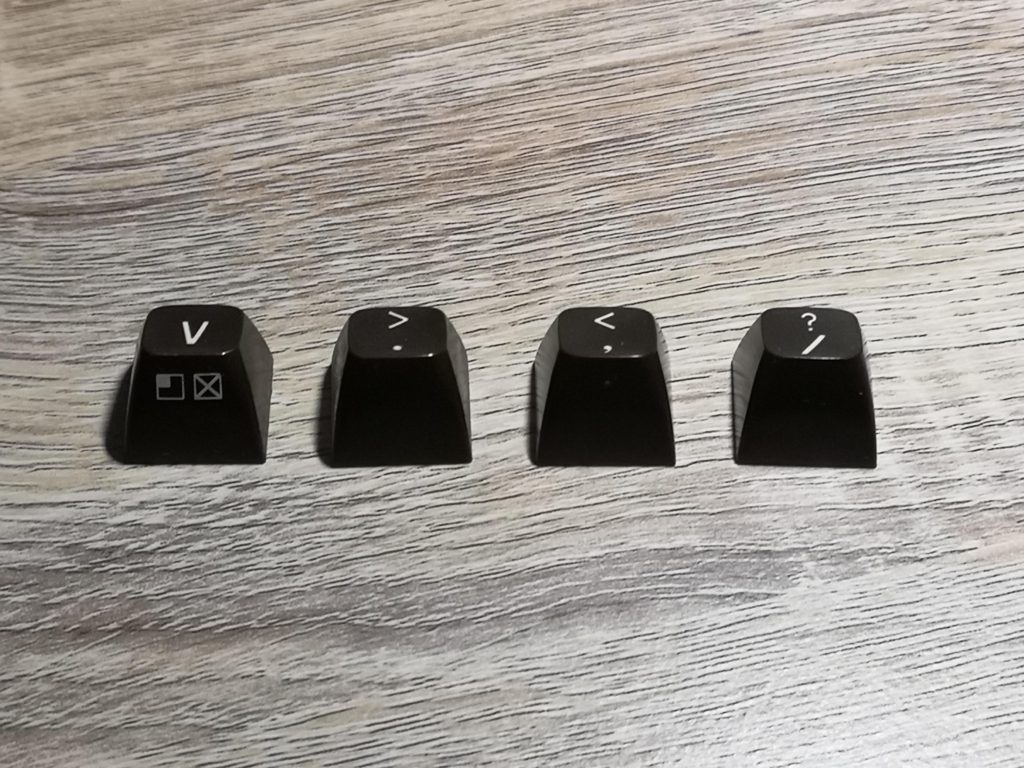 Particularly useful was the fact that they sell a wide variety of keys, not just from different models of C64’s, but with different levels of yellowing too! This meant I was able to choose some that would blend in perfectly with the rest of my keyboard. In the end the keys I ordered were described as ‘Breadbin C64 – Keyboard Type 2, Grade 1.5’. A couple of days after ordering them they arrived in a neat little cardboard box. 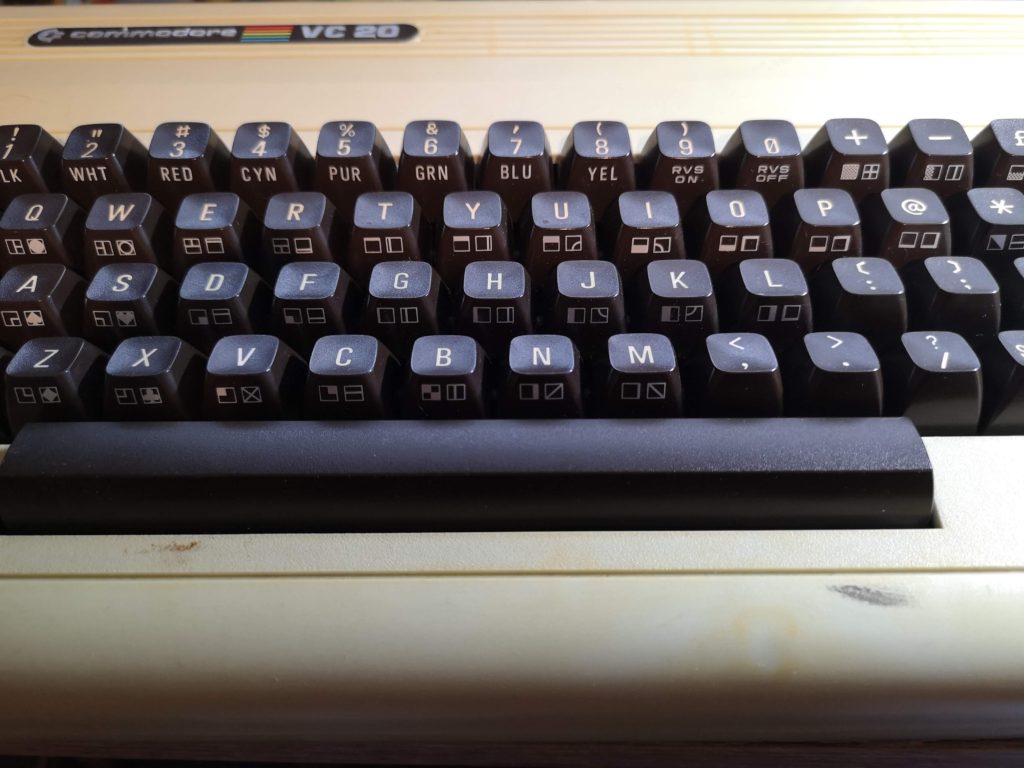 Fitting the new keys only took a few seconds and I was really pleased to see that they turned out to be a perfect match for my keyboard. My VIC20 is certainly looking a lot happier and I can actually use the keyboard now too.

Now that the keyboard is sorted I still need to look into sorting a few other things out. Next job will be to pop a few heat-sinks onto some of the more critical chips and maybe retrobrite it, if I’m feeling brave that is, (my last attempt was a disaster).