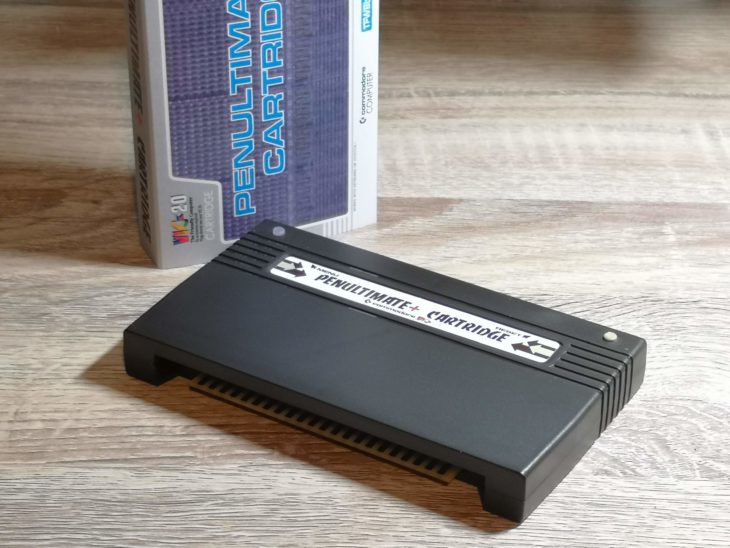 Thought I’d share a little review of a new gizmo I picked up for my VIC20 recently. It’s called the ‘Penultimate+’ cartridge and it’s sold by The Future Was 8-bit.

It aims to be the only cartridge you will ever need to put in your VIC20’s expansion slot. It combines a RAM pack, various expansion carts, reset button, system diagnostics and over 70 game ROM’s into a single cartridge and all accessible through a simple and intuitive menu system.

The artwork on the packaging is fantastic, riffing off the original cartridge boxes to produce a product dripping with nostalgia. It’s a slip-case rather than a box though which disappointed me a little bit. Although I realise my cartridge is likely going to stay plugged in most of its life, it would have been great to have a proper box to store it in for those times when it’s not. Even if I never unplug the cartridge again, as a collector I would have appreciated a proper box to display on my shelf. With no cartridge inside the slip-case is very flimsy and could be easily squashed flat.

The cartridge itself is sturdily built from brown plastic to a very high standard. It fits snugly into the VIC20’s expansion port without any issues at all. Most of Commodore’s original expansion carts were produced in a similar colour so again this is a nice nostalgic nod to the past.

On the top are two buttons. The first button on the left is an illuminated ‘menu’ button that launches the Penultimate+ Cartridge’s menu screen. The second ‘reset’ button on the right resets your VIC20 vastly reducing the need to power cycle your machine.

Given that much of the time this cart is going to be used for playing games, having joystick navigation through menus is a godsend. Simply move up and down with the stick and press fire to select a menu item or launch a game. Some frequently used options also have handy keyboard shortcuts too.

The RAM pack behaves in much the same way as other switchable RAM packs like the Vixen one I already have. The one big difference with this one is that you can change the amount of RAM available using the on-screen menu instead of messing with DIP switches. You are able to chose from Unexpanded (no extra RAM), 3K, 8K, 24K, 32K and 35K. Strangely there’s no option to select 16K but playing 16K games with the 24K option seems to work just fine.

There’s a couple of ways to access the extra RAM depending on what you need it for: 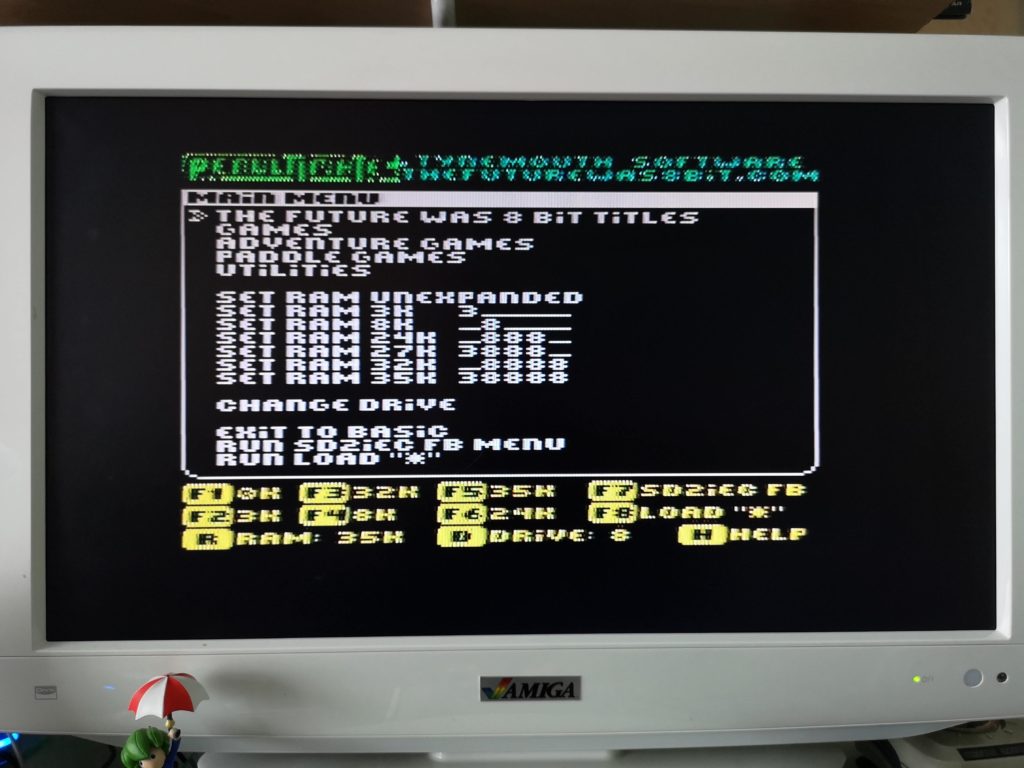 The games are neatly arranged into 4 categories:

Unlike, for example, the 1541 Ultimate cartridge that you can get for the Commodore 64, the Penultimate+ Cartridge does not allow you to add any content of your own. You are stuck with the cartridges and game ROM’s that it ships with. 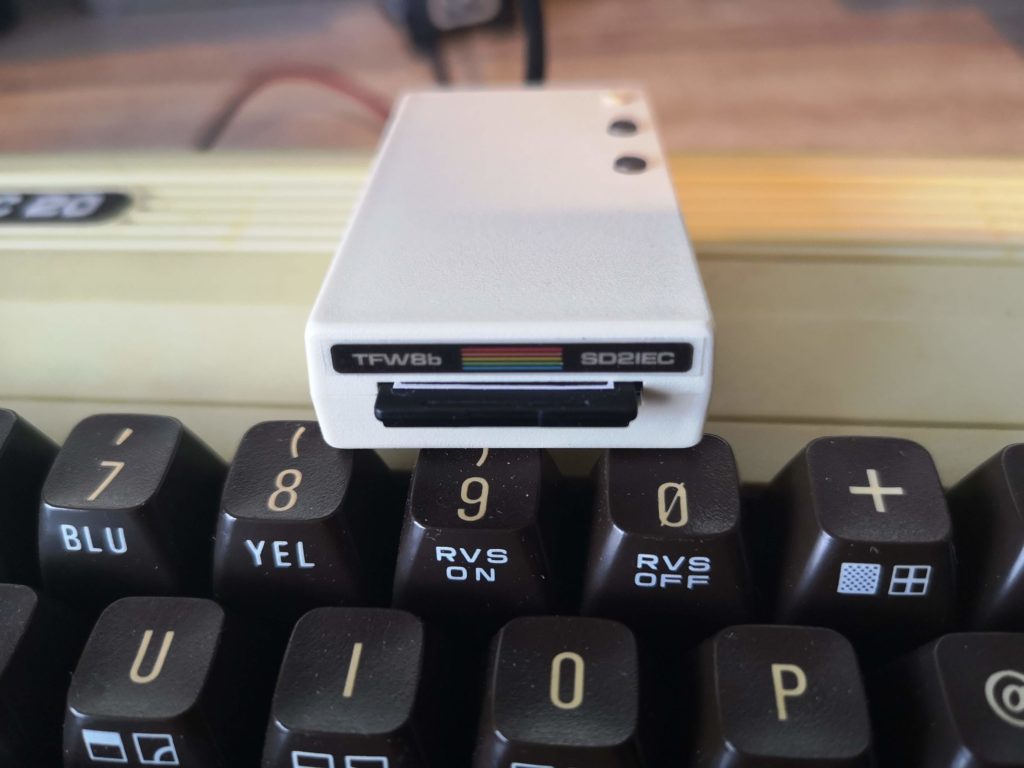 Thankfully however, it does provide a quick way to access any content you may have via an SD2IEC device. Selecting this option from the menu will allow you to easily browse through the content of an SD card using a joystick. For games that won’t run on an unexpanded VIC20 you can allocate the correct amount of additional RAM needed before launching a game. I found this to work really well but I do need to spend a little time organising my game collection by how much RAM each needs. 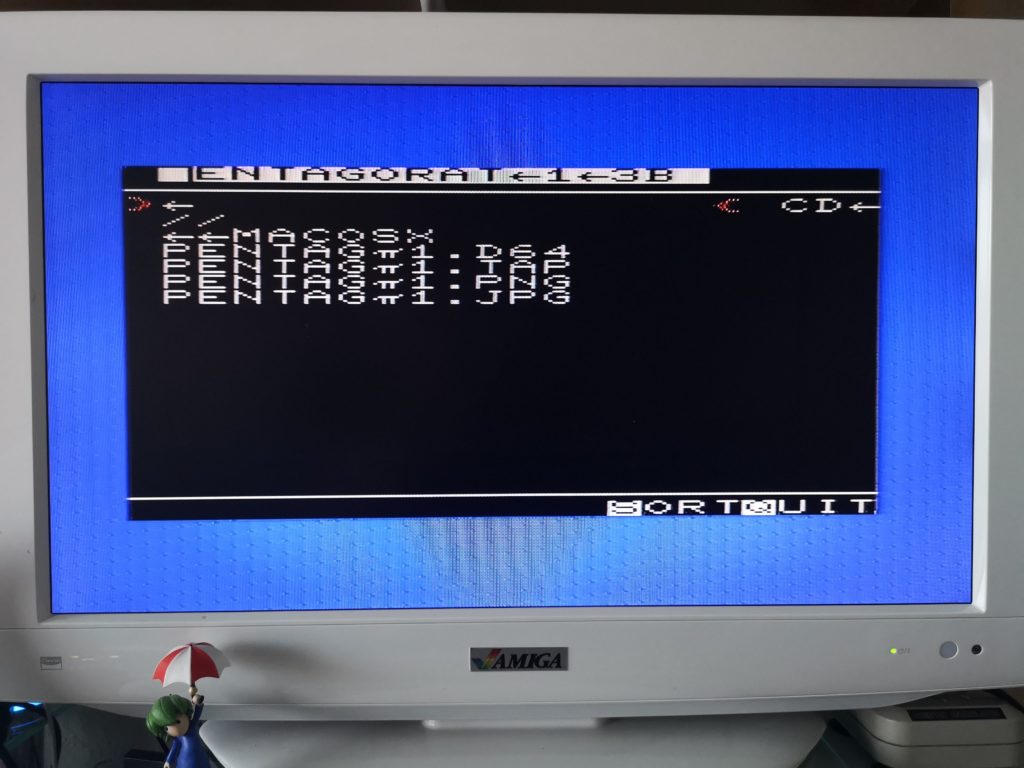 Under this section you will find a bunch of utilities that may be of interest to the more dedicated user. 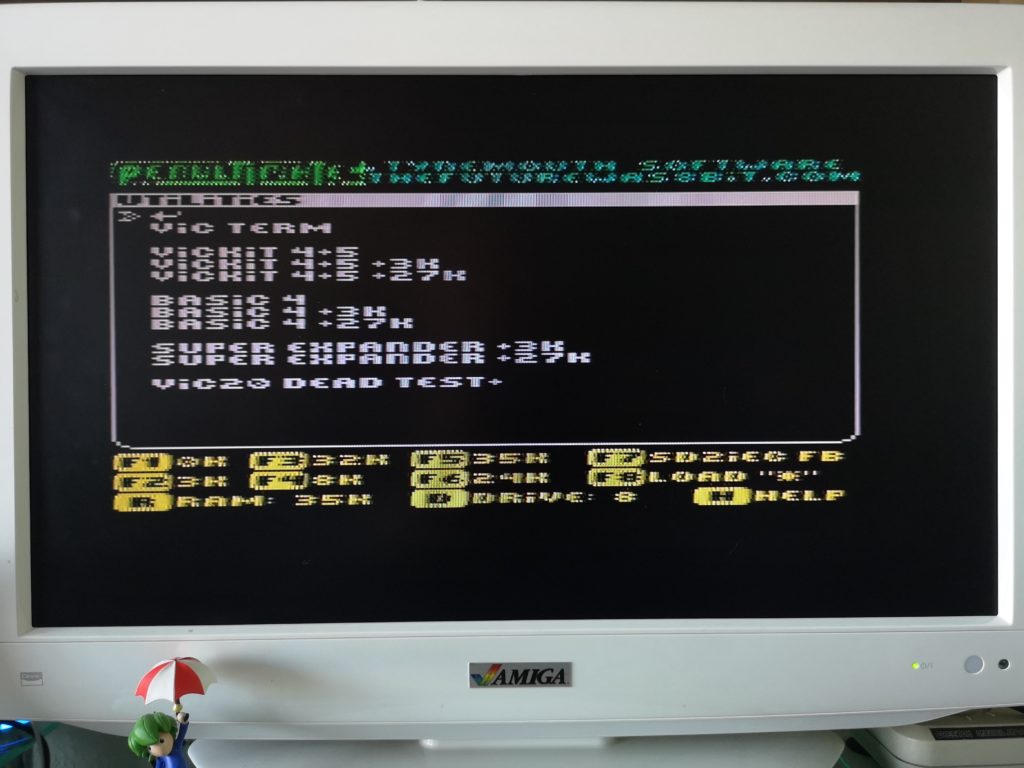 This is a terminal program but as I don’t have a suitable modem for my VIC20 I’ve been unable to try this.

This is a high speed cassette loading system. If you load this up and re-save a program to cassette it will load back in a fraction of the time.

This adds a number of sorely lacking disk handling commands to the VIC20’s BASIC arsenal such as ‘DIRECTORY’ and ‘DLOAD’.

This is probably the most useful of the bunch and greatly increases the BASIC commands available for writing programs. It provides dedicated graphics and sound commands along with some extra RAM to create them. It also provides commands that enable you to easily read paddle and joystick inputs. If you were thinking of writing a VIC20 game then this would be a great cart to load up. The only downside to this is however is that anyone else that wanted to run your program would also need the Super Expander for it to work!

This could prove to be another really useful feature to have on board. When you load this up it will test various aspects of your VIC20’s RAM and ROM in an endless cycle. If your VIC20 ever starts behaving strangely then this would be a great tool to load up to get an idea what’s going wrong.

If your VIC20 won’t even boot up then you can hold down the reset button for 10 seconds after switching it on to go straight to the dead test function. This is where ‘Dead Test’ cart actually earns its name.

I would have liked an option to buy dongles to plug into the various ports enabling a more comprehensive test but it’s still a great tool to have at your disposal. Maybe a future version will offer this feature. 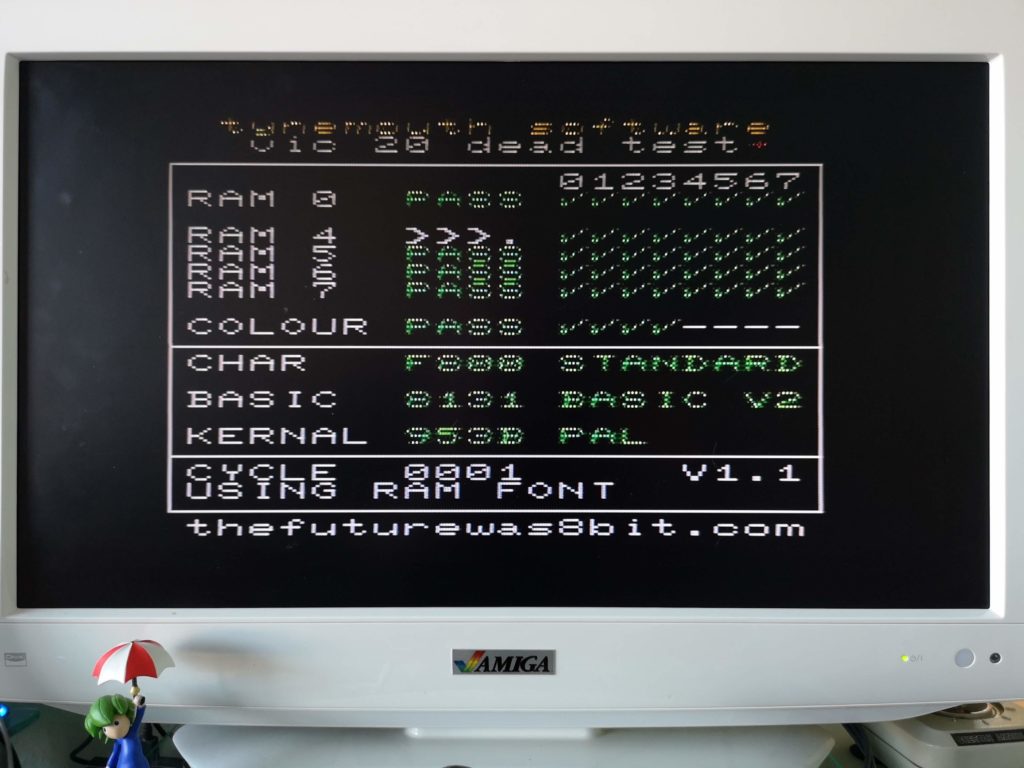 If you have a VIC20 then you should seriously consider getting one of these cartridges. It successfully combines a huge number of cartridges, games and functions into a single plug and play cartridge driven by a simple and intuitive menu system.

Even if you’re like me and have an extensive collection of cartridges already I would still recommend getting this. Not only is it hugely convenient to have an entire library of titles and functions always at the ready but it saves the wear and tear of both your VIC20’s cartridge port and the individual edge connectors of your cartridges. If you add an SD2IEC reader then you can literally have everything a few stick waggles and a button press away.

Does it fulfil it’s mission to be the one and only cartridge you need? Almost, but I still have an Adman speech synthesiser cartridge that I enjoy messing about with from time to time. Maybe a future ‘Ultimate’ version will incorporate this too and then it really can remain plugged in forever!