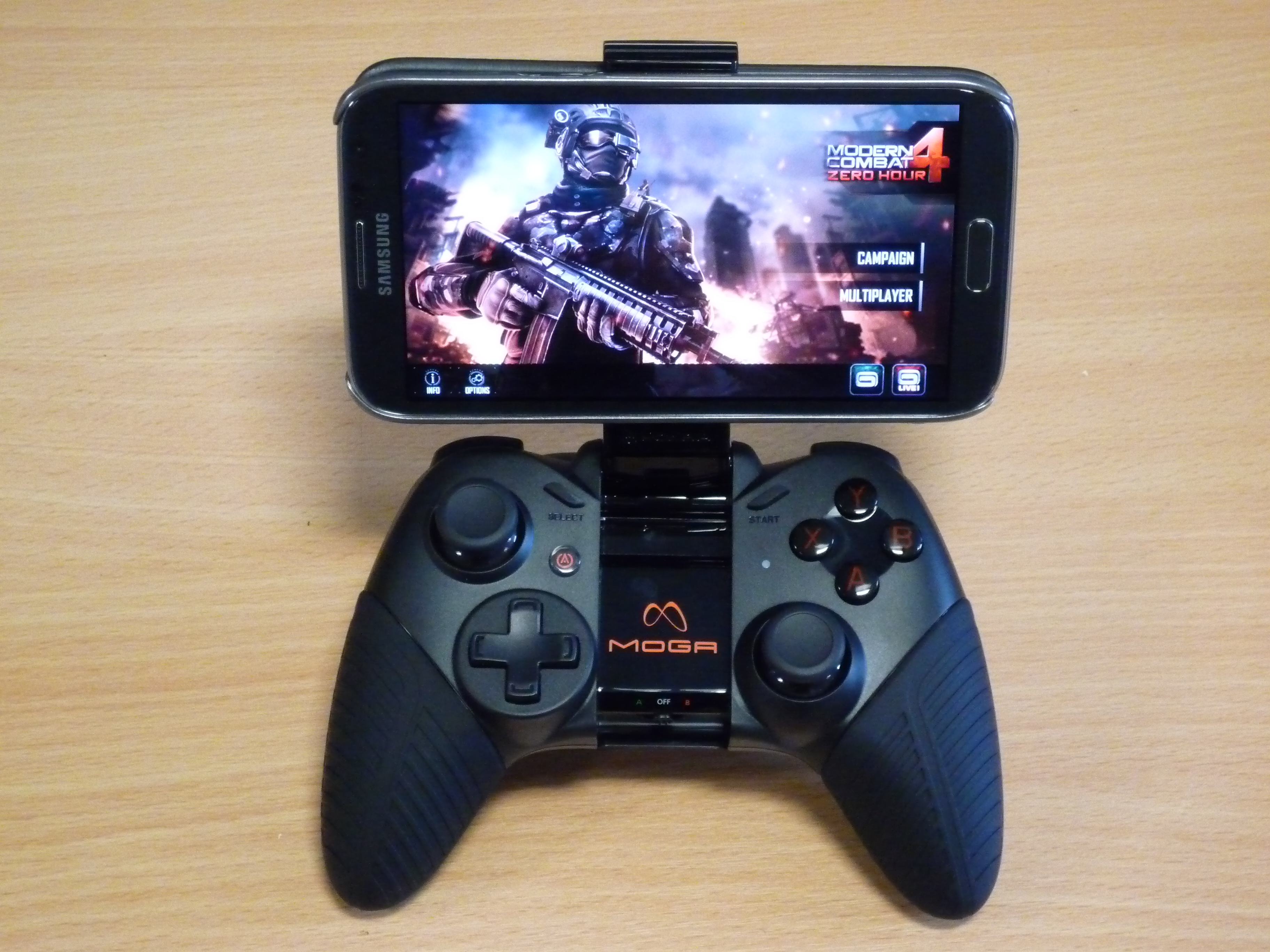 Today I finally received my Moga Pro pre-order from Game and I’m very happy to say it was worth the wait! 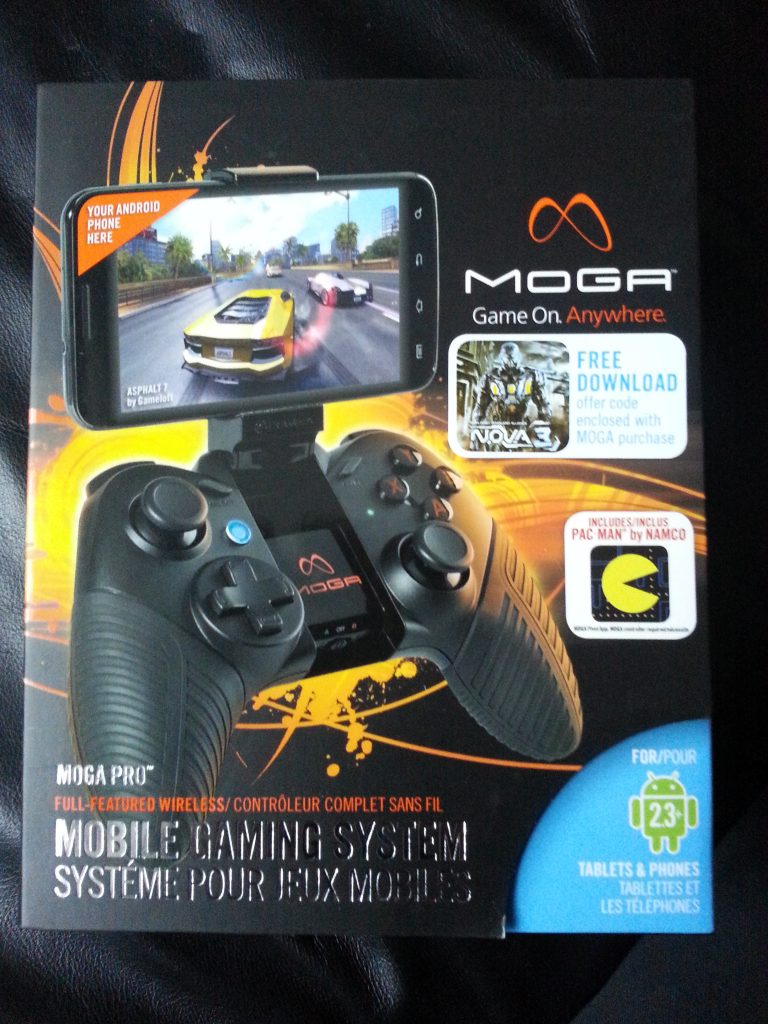 Just in case you’re not aware of what one is – it’s a bluetooth hardware gamepad that works with Android phones and tablets to give you a more ‘console like’ experience and overcome the problems of using touch screens to play. 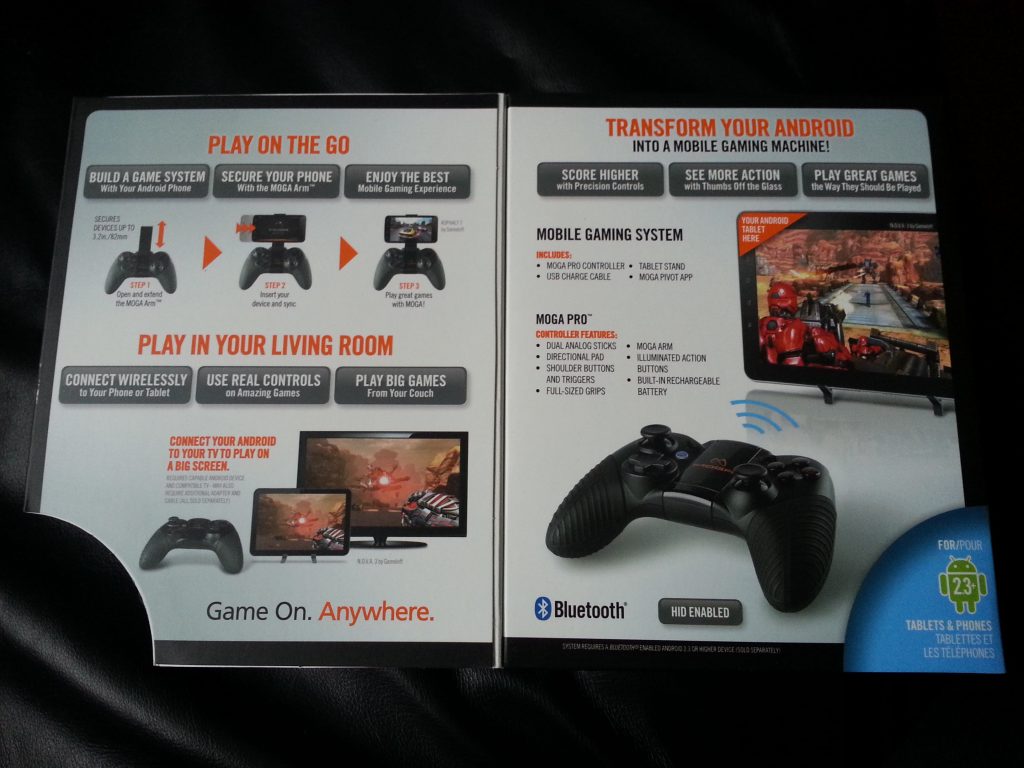 The devices retails for £40 and comes in a very attractive retail box with a fold out magnetic front flap that shows the device in action with phones, tablets and even a TV. Inside the box you get the pad itself, a plastic tablet stand, USB charging cable, instruction booklet, quick-start guide, QR code to download the driver for your device and a code to download a free copy of N.O.V.A. 3 from the Gameloft’s own store. 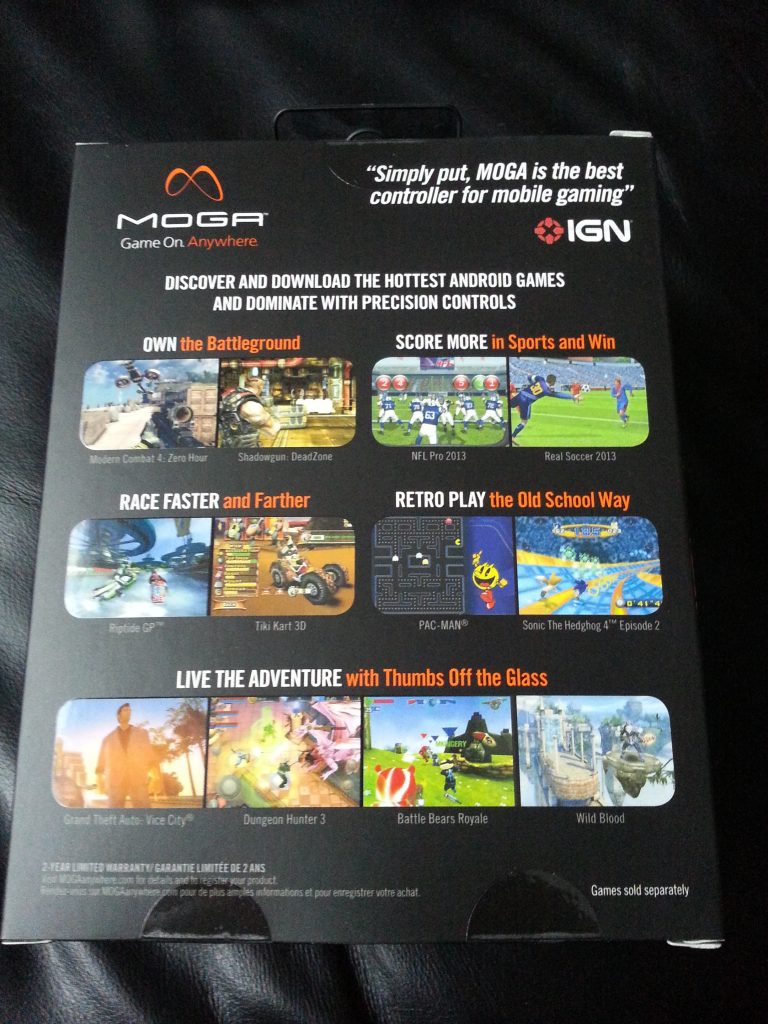 First thing you need to do is charge the pad up as it is powered by an internal rechargeable battery. An LED flashes yellow to indicate the unit is charging and extinguishes when fully charged. While the pad is charging you can scan the QR code with your phone which will take you straight to the MOGA Pivot app which you need to install on your phone or tablet. 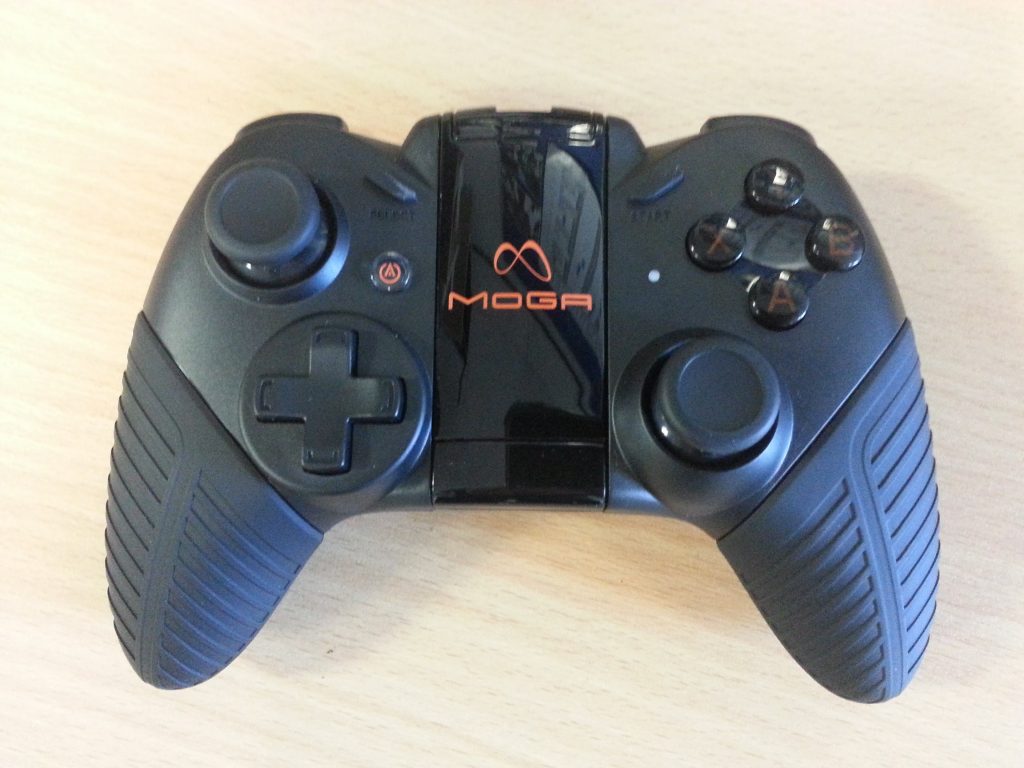 Once the gamepad is fully charged you can move onto the next stage which just involves running the Pivot app and following the simple on-screen instructions to pair the pad with your phone. It will also give you an opportunity to get a free copy of Pacman*, redeem your Nova 3* game code and register for updates. I received an email a few minutes after registering with instruction on how to actually get the game. The whole process couldn’t be simpler and my pad paired and worked first time with no issues at all. As well as letting you setup your pad the Pivot app also acts as a central hub where you can see all of your installed Moga Pro compatible games and also browse and download new ones. 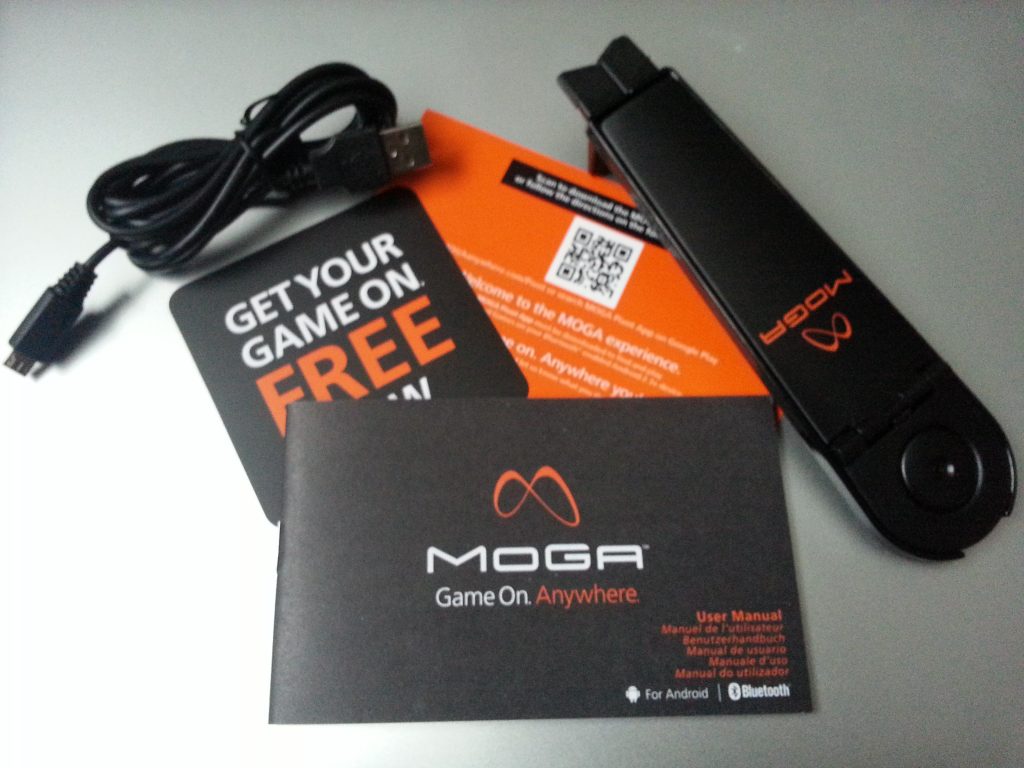 *In order to install both of these games you have to allow installs from Unknown sources on your phone. The option can be found in Settings>Security>Unknown sources. This is because the apps are being downloaded from outside the Google Play store. 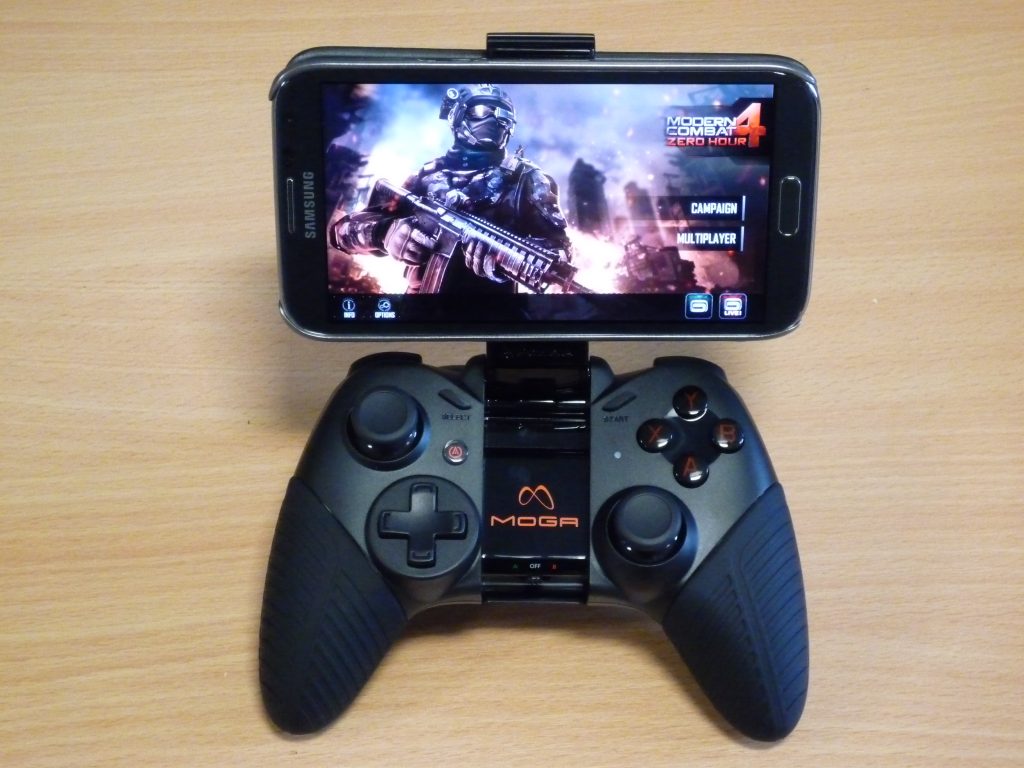 The build quality seems to be first-rate and the design has clearly been based on the XBox 360 pad as the dimensions, stick layouts, triggers and buttons are all virtually identical, even the XYAB letters on the buttons are same! This is fine by me – the 360 pad is by far the best I’ve ever used on any system and the Moga Pro is just as comfortable and precise to use. Where it differs from the 360 pad is that it incorporates a flip out spring-loaded arm which holds your phone in place securely while you game. The arm dimensions are extremely generous so don’t worry about your phone fitting – I have a Galaxy Note 2 and it fitted comfortably even with the phone in a Spigen case! It feels perfectly balanced once the phone is in place and very little effort is required to hold the whole thing steady. It could easily have been top-heavy and tiring to hold but it’s obvious a fair bit of thought gone in to the placement of the arm and it works well. 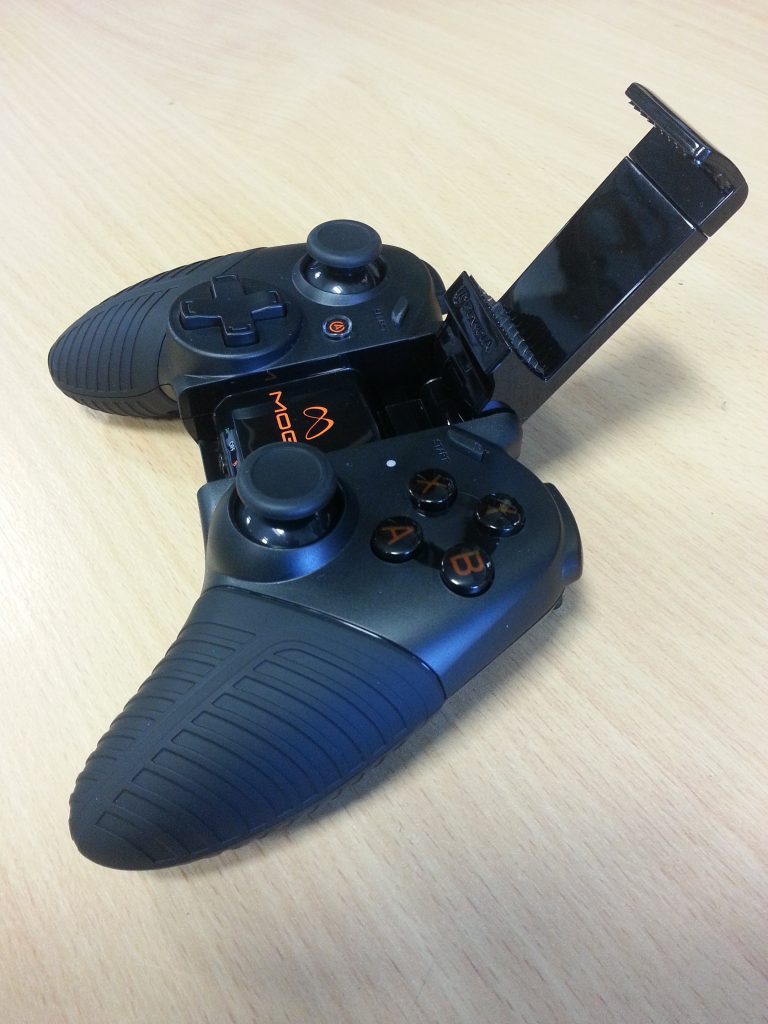 I tested the game with a copy of Gameloft’s Modern Combat 4: Zero Hour. This is a Moga Pro enhanced game which basically means it fully supports all the features of the Gamepad. The Modern Combat games have always looked and sounded the part but been seriously let down in the control department with the virtual sticks and touch screen controls being awkward at best and a downright hindrance at worst. Not to mention that you’ve got your thumbs obscuring a good chunk of the screen. The Moga Pro was a revelation – before I knew it an hour had passed and I was really enjoying myself. The sticks are really responsive, dead-zones almost non-existent and lining up head shots quickly became second nature. Familiar Call of Duty console button configurations also helped too, with bumpers launching grenades, X to reload, Y to switch weapons and so on.

I have a Playstation Vita which is a really great handheld system, the best I have ever owned in fact. However having experienced the Moga Pro coupled with my Galaxy Note 2 I’d have to say it’s a better gaming experience than the Vita. The screen is bigger, the whole thing is easier and much more comfortable to hold and the full-size pad and analogue sticks really are of console quality. The final kicker is that at just £4.99 the Gameloft COD clone is a darn sight cheaper than Black Ops DeClassified too! 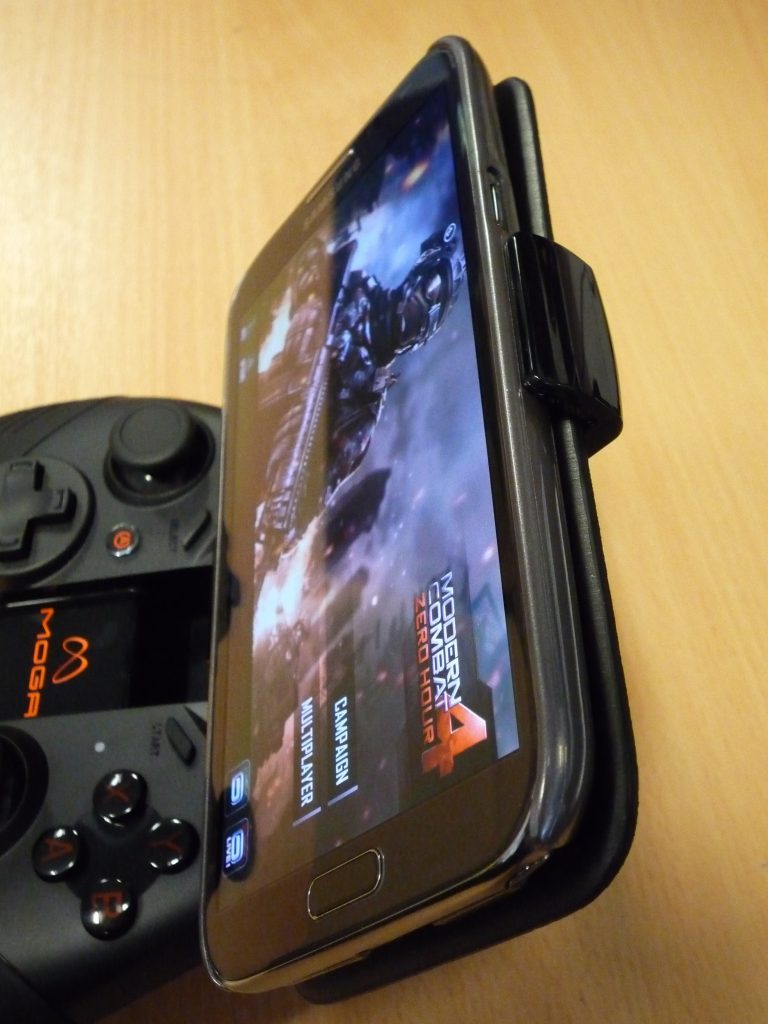 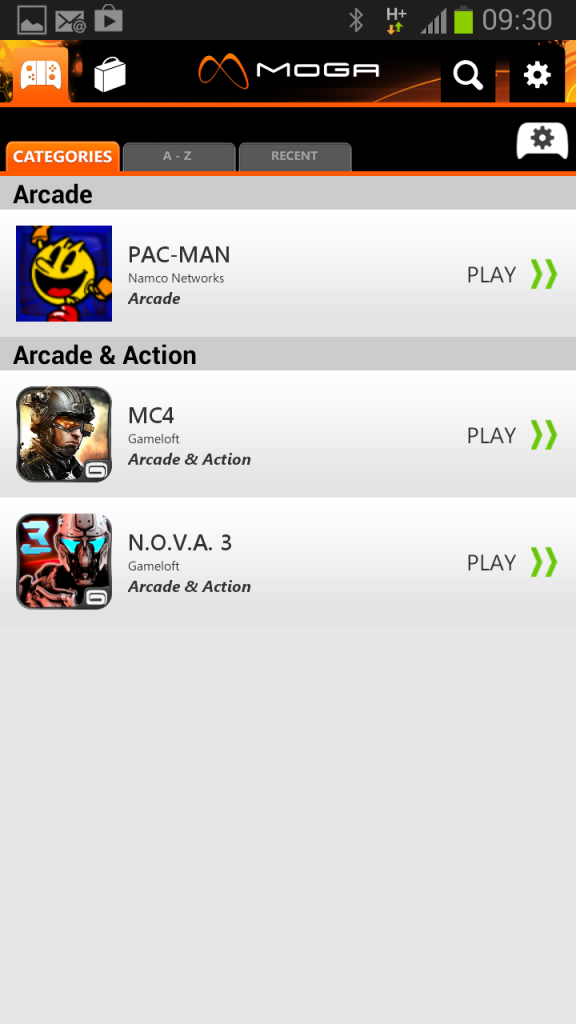 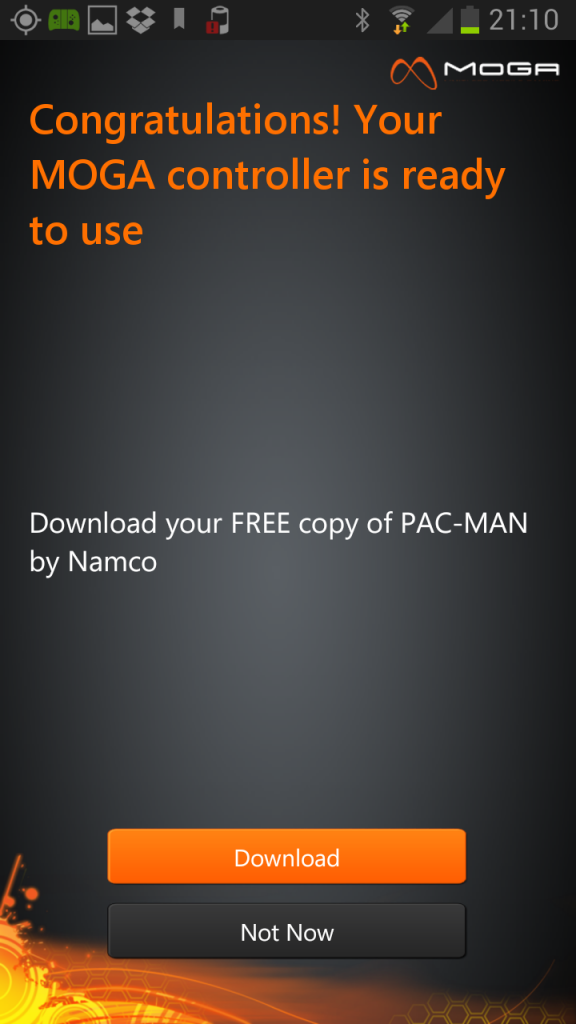 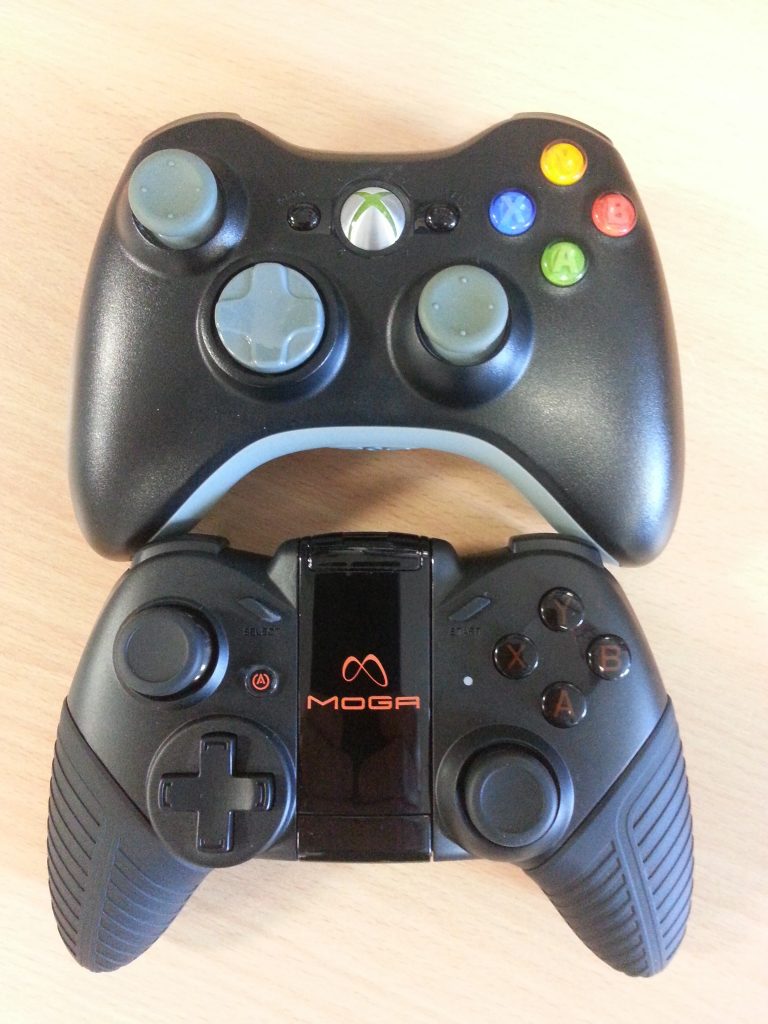 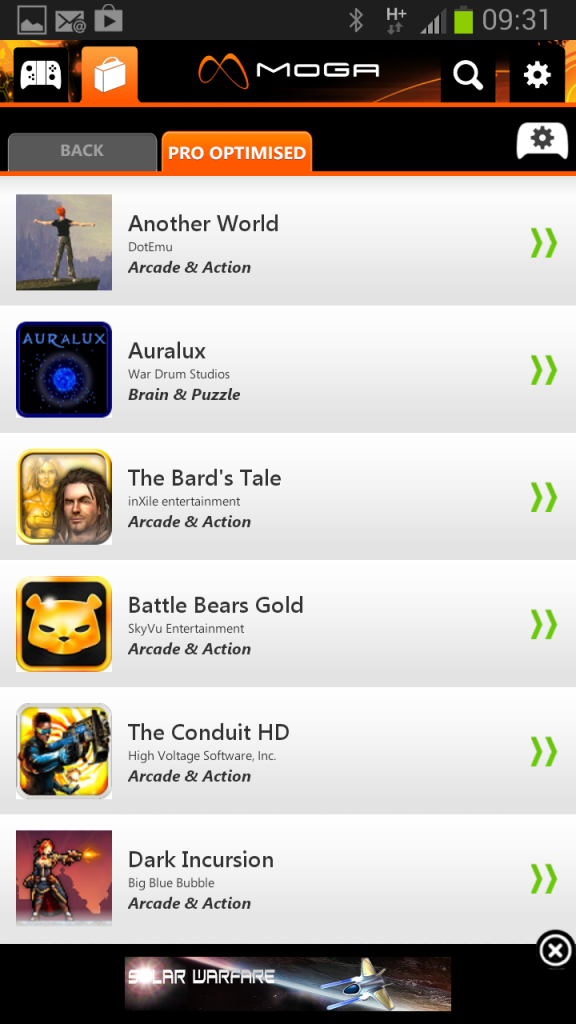 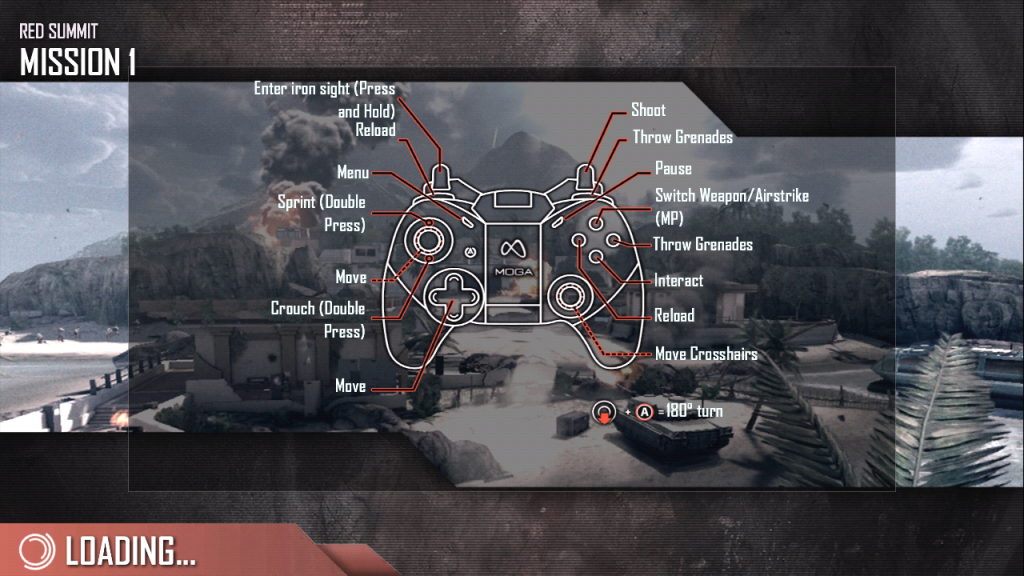