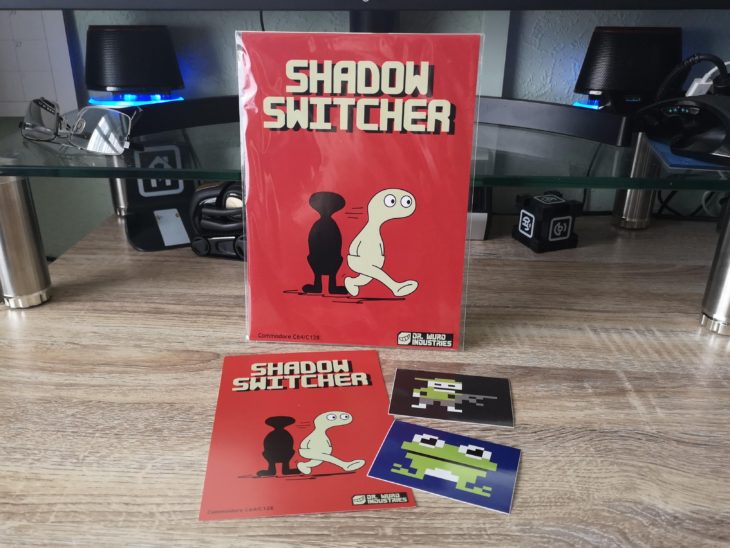 This little game arrived a few days ago in the post all the way from Germany. It’s a new indie game for the C64 called Shadow Switcher from a company called Dr. Wuro Industries. Rather than simply taking a few photos and saying what’s in the package like I usually do I thought I’d try something a little different this time. So here’s a little review of the game in case anyone else is interested in it.

The packaging is quite basic, but well presented and produced. There’s an attractive double-sided printed A5 instruction card which also serves as the front cover. The game comes on a 5.25″ floppy disk along with a postcard, some stickers and a nice little coaster/beer mat featuring the game artwork. It’s all housed in a transparent plastic wallet with a resealable flap. 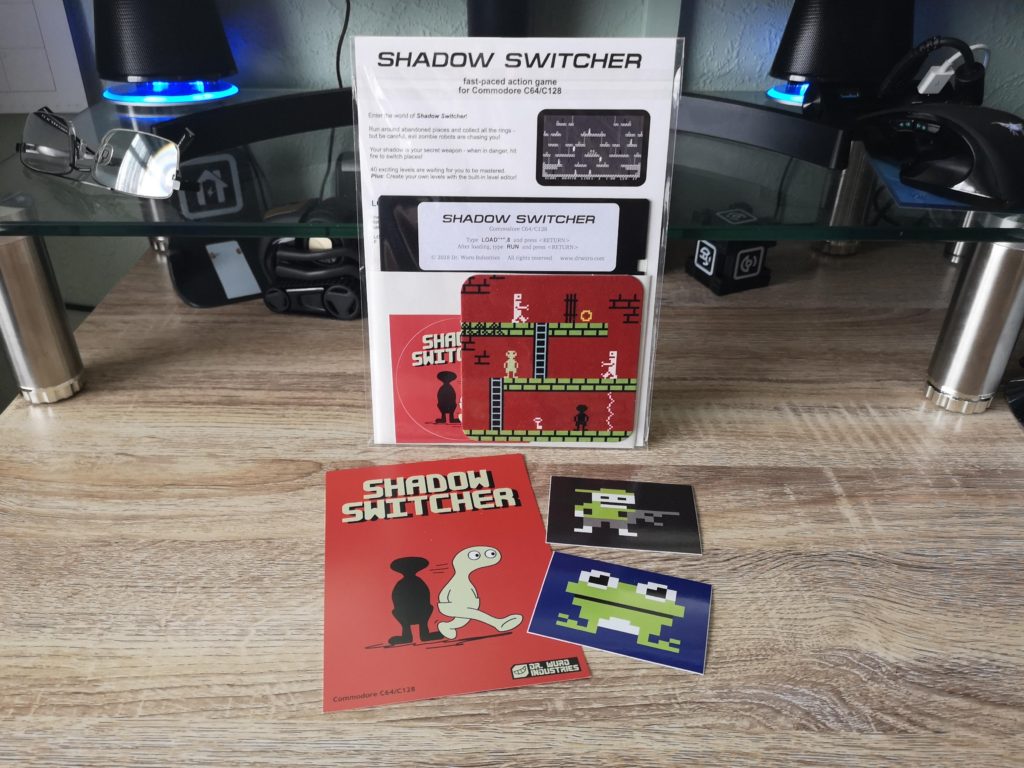 The idea of the game is simple – collect all the rings on each level to open an exit that will lead to the next level. However things are never quite that simple. In Shadow Switcher there are zombie robots homing in on your position all the time so you can’t afford to stay in any one place for long. If a robot manages to touch you then it’s instant death and you lose one of your three lives. There are also hazards and obstacles within the design of the levels themselves. For example, some rings are behind iron gates which require you to find a key elsewhere on the level to unlock them. Pulsating electric force fields will kill you if you don’t time your passage through them correctly. There are also crumbling platform segments and rings that at first glance might appear inaccessible. You character cannot jump but he doesn’t take fall damage and has some limited momentum that can allow you to reach inaccessible lower platforms if you run off the end of a higher one. 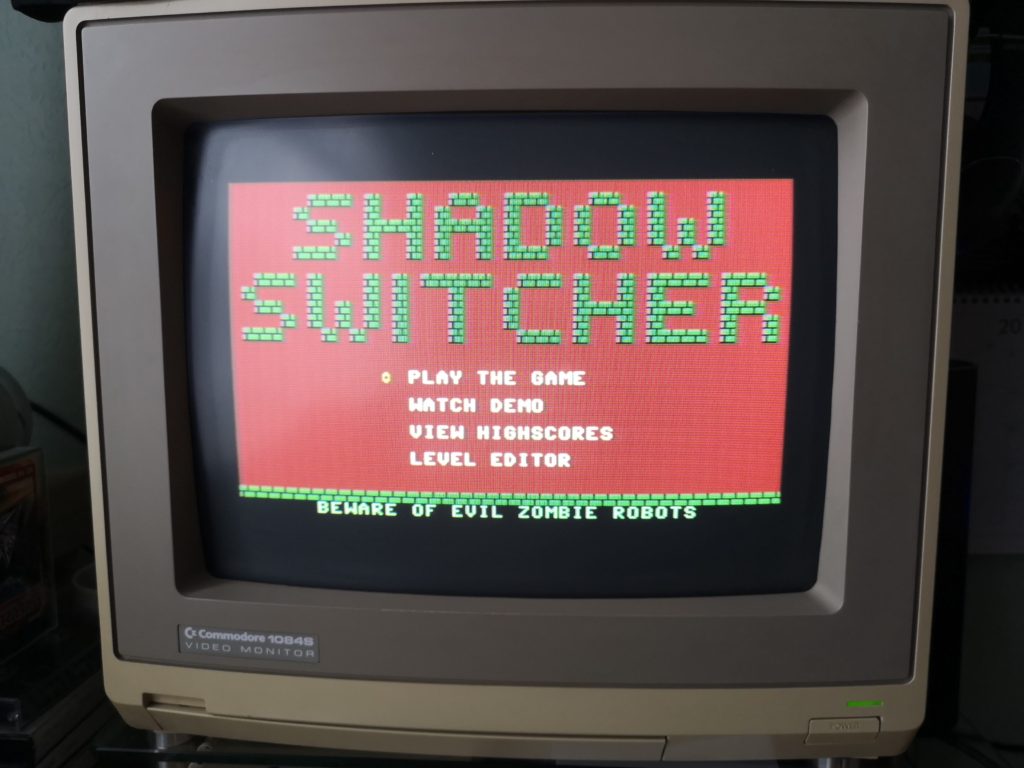 The thing that really makes this game though, and where it gets the ‘Shadow Switcher’ name from, is your shadow and the ‘switching’ mechanic. When you begin a level your shadow is fixed to your starting position. During play, imminent death can be avoided by a quick press of the fire button which will send you straight back to your shadows original position. The robots are always homing in on your current location so most of the time your shadow’s position should be relatively safe. However after switching, your shadow will move to where you were when you pressed fire. It will keep moving like this every time you use the switch mechanic. It’s a great idea and really makes for some absorbing gameplay as you can use it not only to escape danger but to lure the zombie robots away from an area you need to reach. 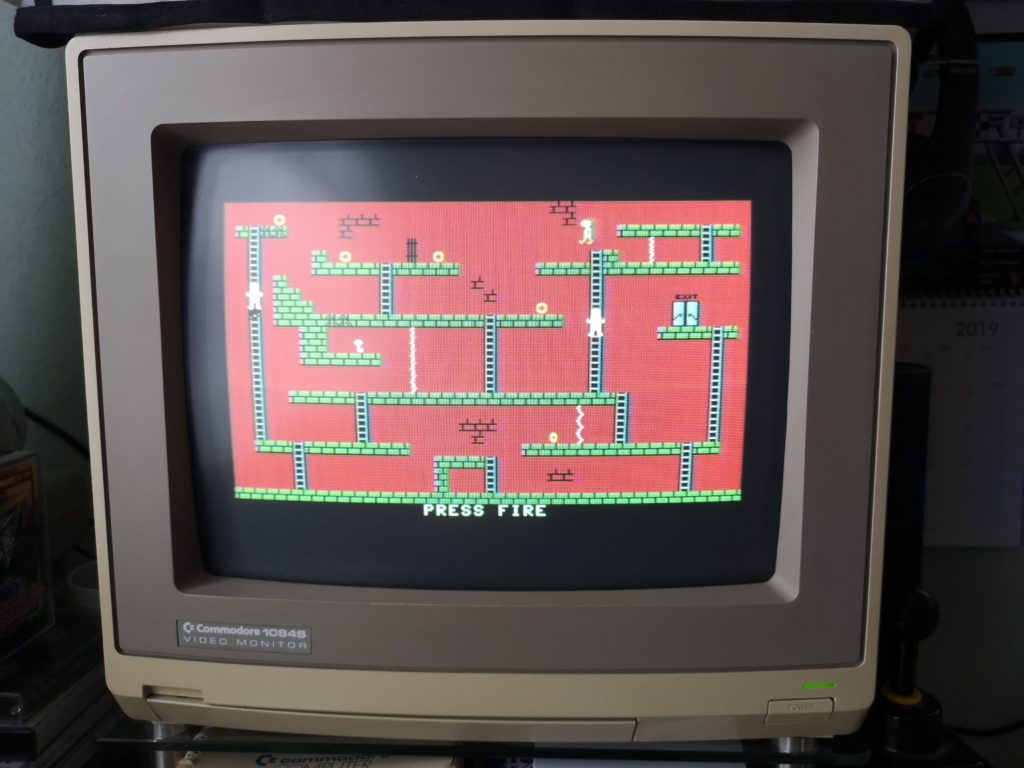 There are 40 varied levels to switch your way through and if you manage to complete all of those there is also a level editor to create your own! Another feature I really appreciated is the persistent high score table. Once you obtain a score high enough to get on the ‘Hall of Fame’ you are prompted to save it to disk. Sadly you cannot save your level progression so you have to start from level one on each play through. I would have liked an option to start from the highest level I’d reached (starting with a zero score of course) so I have a fighting chance of seeing all 40 levels. 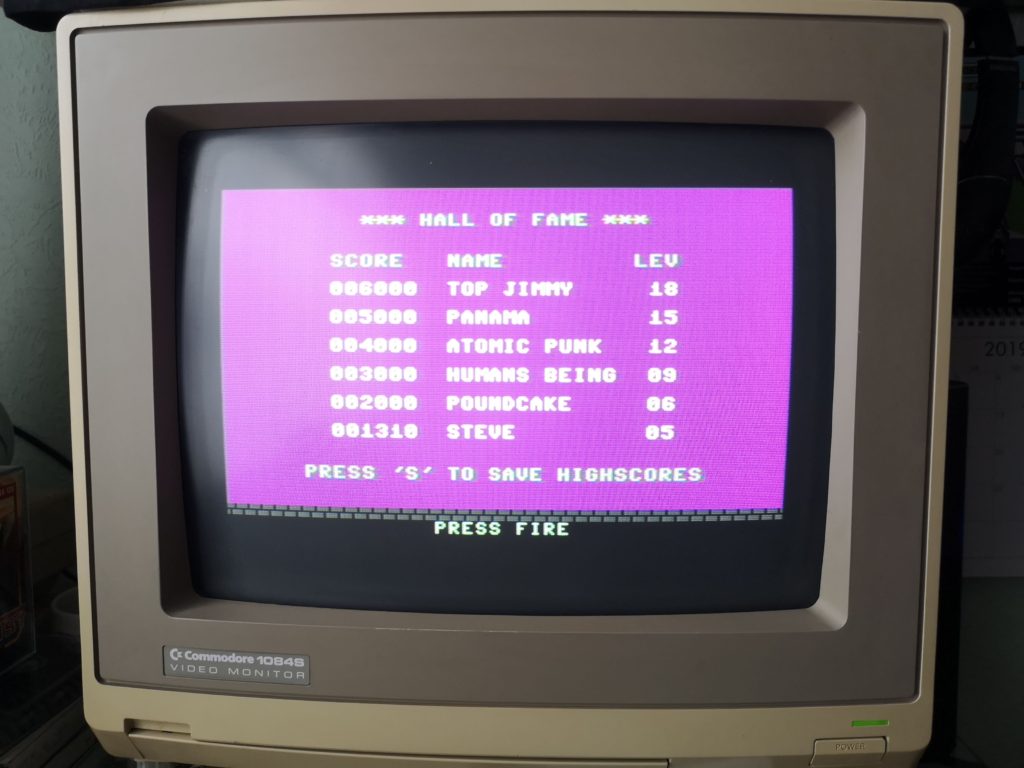 The graphics are quite simple but they suit the game perfectly and have a charm of their own. Everything is clear and well defined. Colours are well chosen creating vibrant looking levels without any ‘fuzzy’ looking areas which can be a problem with some colour combinations on the C64. There’s no sound effects at all but there is some quite catchy music that plays throughout and it suits the game well. It certainly never annoyed me and it actually stuck in my head long after I’d finished playing. 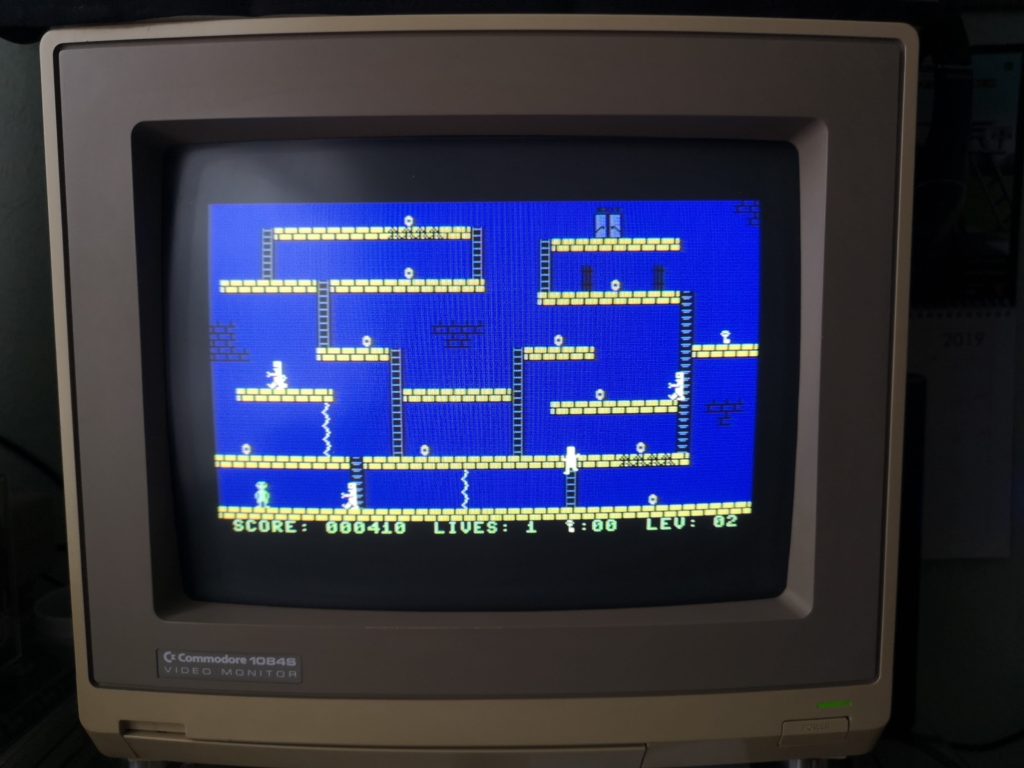 I have to say after spending some time playing Shadow Switcher I’m quite smitten with it and would highly recommend it to anyone that enjoys action/puzzle platform games. The difficulty seems to be pitched just right too and I never felt frustrated or cheated whilst playing. If you fancy giving it a go you don’t even need to purchase the physical game either, there’s a free download of it here.