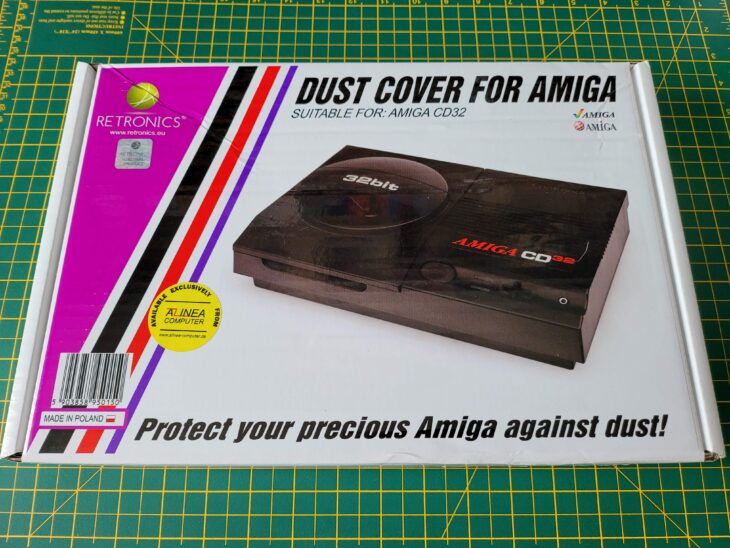 About a year ago I asked the guys over at Retronics if they would consider making a dust cover for the Amiga CD32 console. Their response at the time was that they would love to but they just didn’t have access to one to create the mould. Anyway they must have finally got hold of one because they’ve just added a CD32 cover to their line-up and here it is. 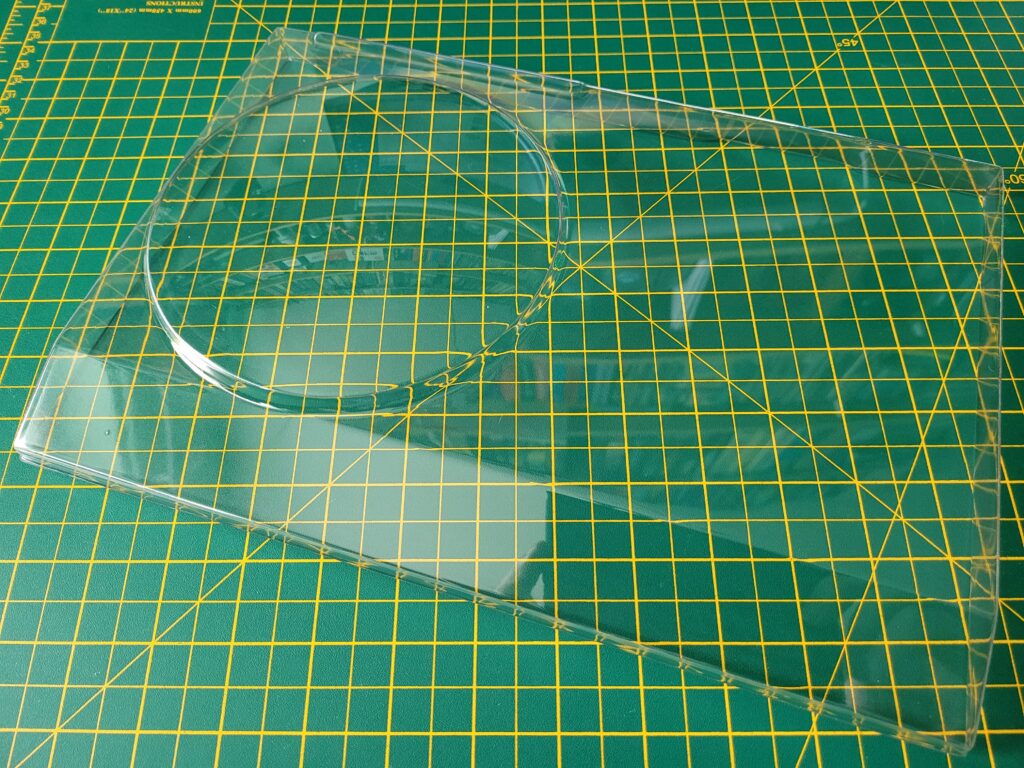 I ordered one just as soon as I could and it arrived at the weekend so here’s a quick look at it. It was packed inside an attractive box displaying a photo of a CD32 console on the cover. Opening it up revealed the cover inside, safely tucked into a plastic bag.

I remember having trouble photographing the C2n Datasette cover and this was similarly tricky. Transparent shiny objects are awkward things to photograph! 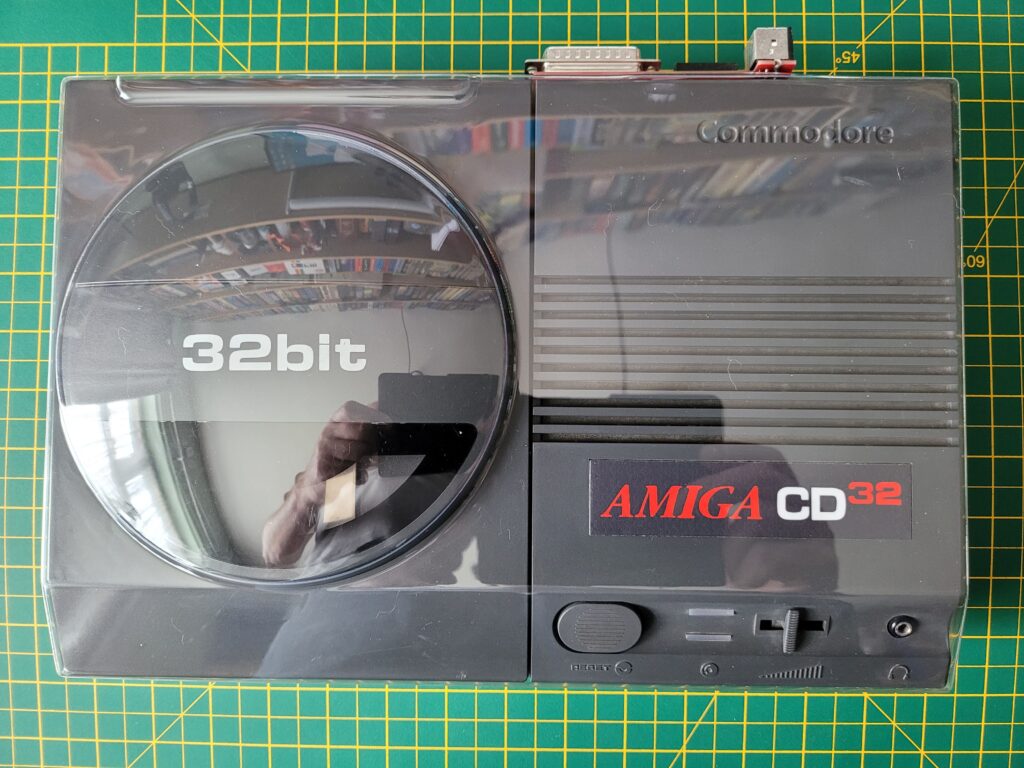 When not reflecting me trying to take a photo of it, the cover is almost invisible from most viewing angles.

The cover has all the angles, bumps and curves it needs to mate with the CD32 perfectly. 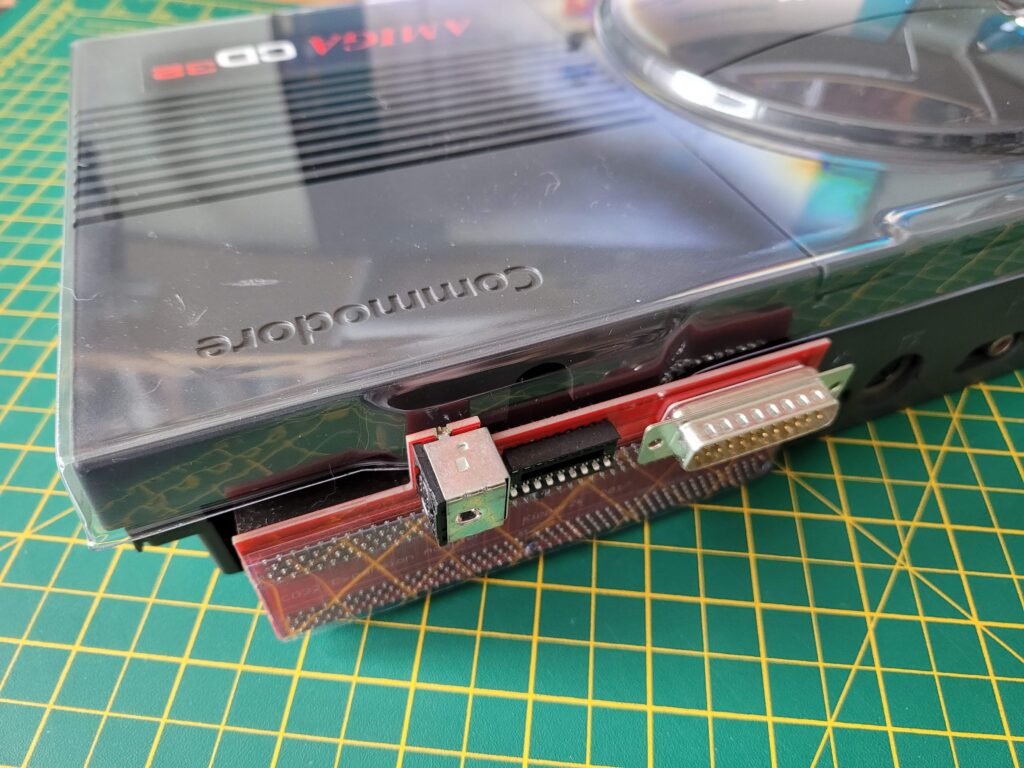 There’s a protrusion at the back where there would normally be a screw securing the expansion cover. Happily this doesn’t cause any problems with the riser card for my TerribleFire 330 expansion. 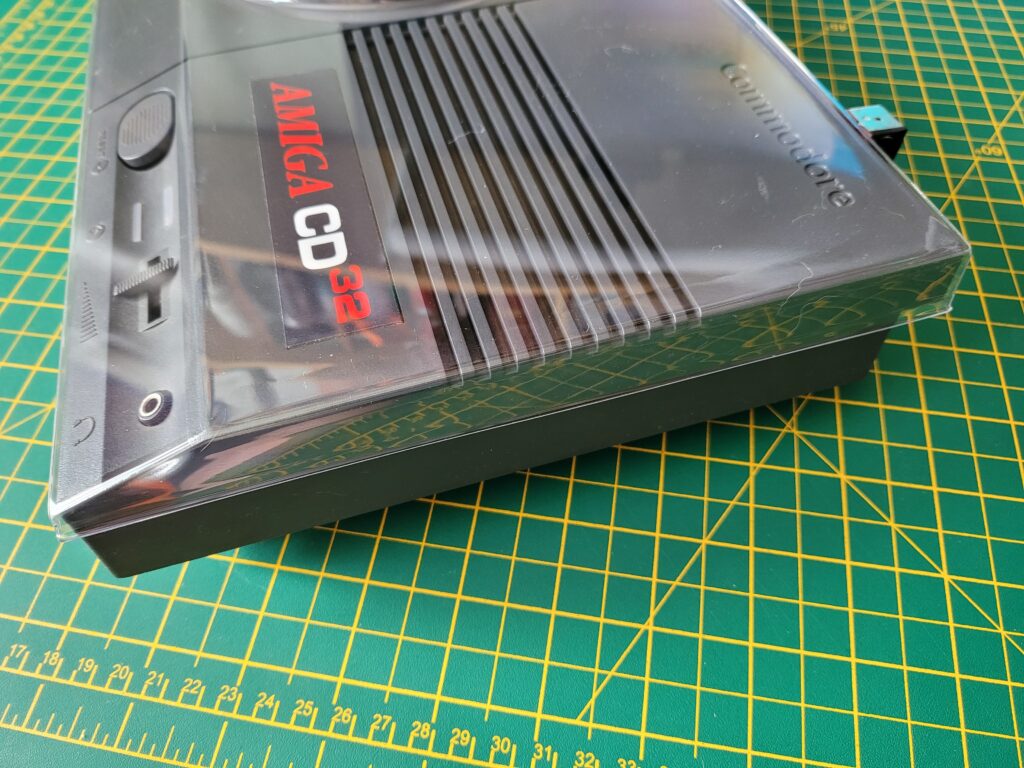 Side view of the dust cover.

So long as I made sure it slotted into the space between the case and riser card it fitted nicely. 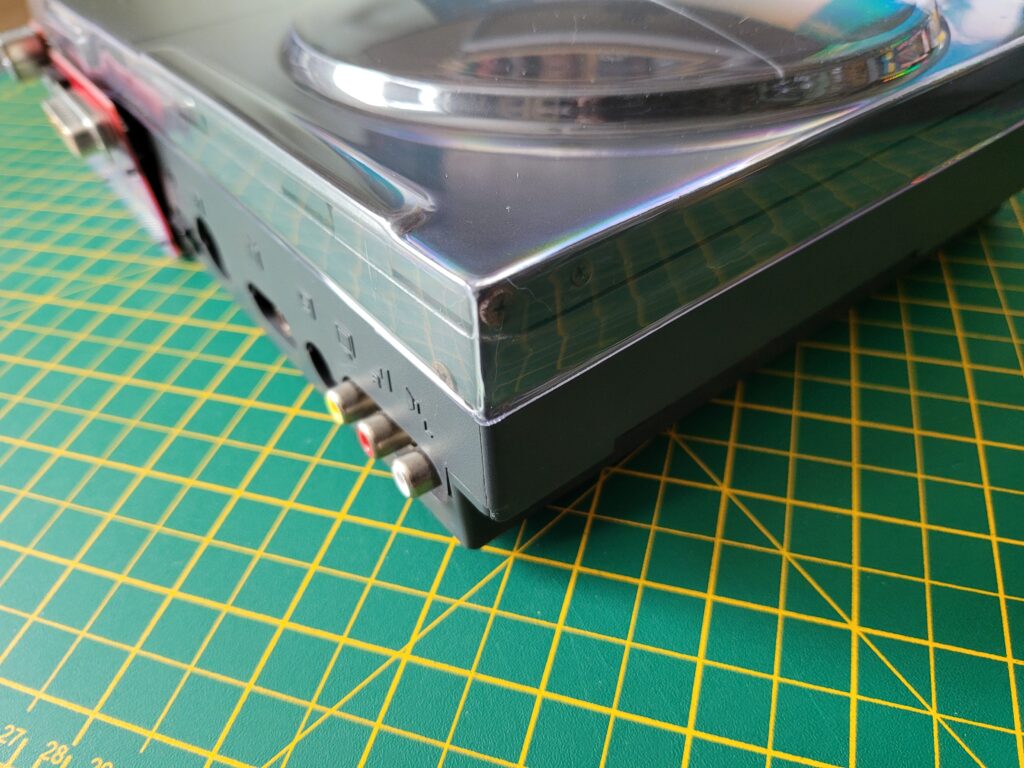 View of dust cover from rear.

The front is perfectly angled to match the contour of the case, as is the top where the raised dome aligns with the bump in the CD lid. 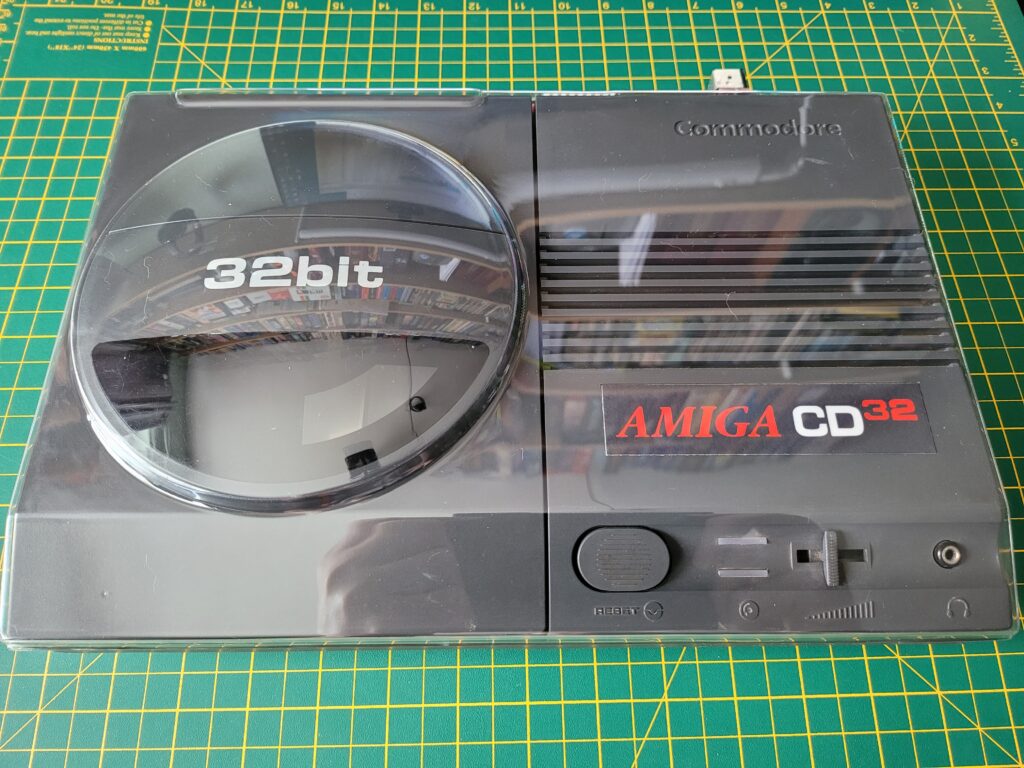 This is pretty much an essential purchase if you own a CD32 console. It’s nicely finished, fits like a glove and above all keeps the dust at bay.

I also love the fact that these covers are all practically invisible when fitted so as not to spoil my enjoyment of admiring these old machines. Definitely worth a buy. You can pick one up on eBay direct from Retronics or from the Alinea online shop.