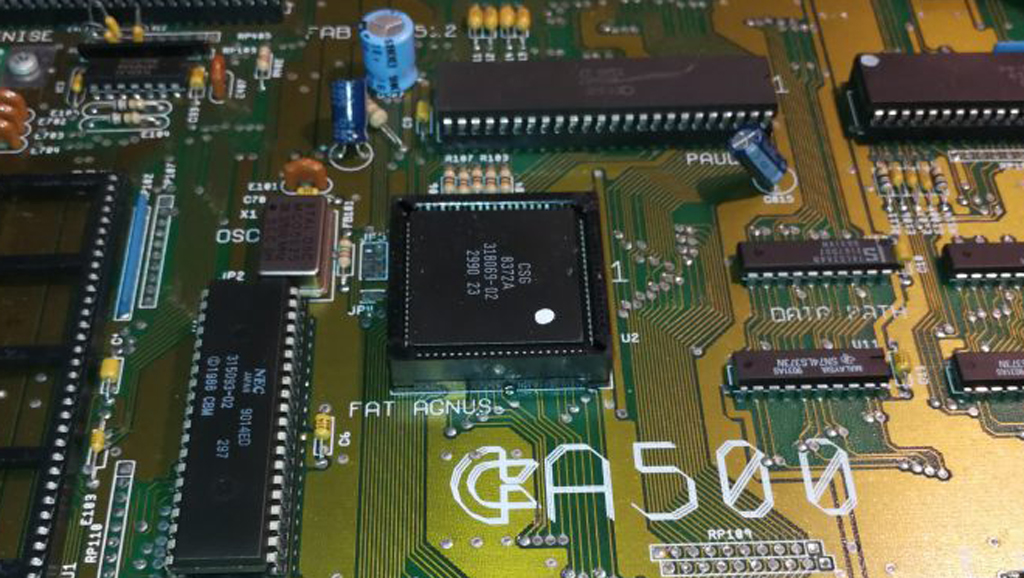 My A500 motherboard is a Revision 6A which means that it is quite a straightforward modification to get a 512K trapdoor expansion to be seen as additional Chip RAM. The 6A comes with the Enhanced Chip Set (ECS) variant of the Agnus chip called ‘Fat Agnus’ which is able to support up to 1MB total Chip RAM. This 1MB Chip RAM Mod will combine the 512k onboard RAM with the 512k Trapdoor RAM to give 1MB total Chip RAM, just like you get in the later A500 Plus models.

Chip RAM is needed for stuff like graphics as it is the only memory that the custom Amiga chips are able to access and 512k goes nowhere! Opening Workbench windows, increasing the screen resolution, adding a wallpaper all gobble up precious Chip RAM. The popularity of WHDLoad as a means to run old Amiga floppy games off a hard drive is also a problem for 512k machines as most of the games require 1MB of Chip RAM to function.

Checking the Amiga board revision

You can check what revision your Amiga is by opening it up and removing the floppy disk drive. The revision number will be etched into a small area underneath along with other interesting information such as the serial number and when it was made. It looks like my board was designed in 1988 (30 years old this year!) but that it might have been assembled in 1989/90 going by the serial number sticker? 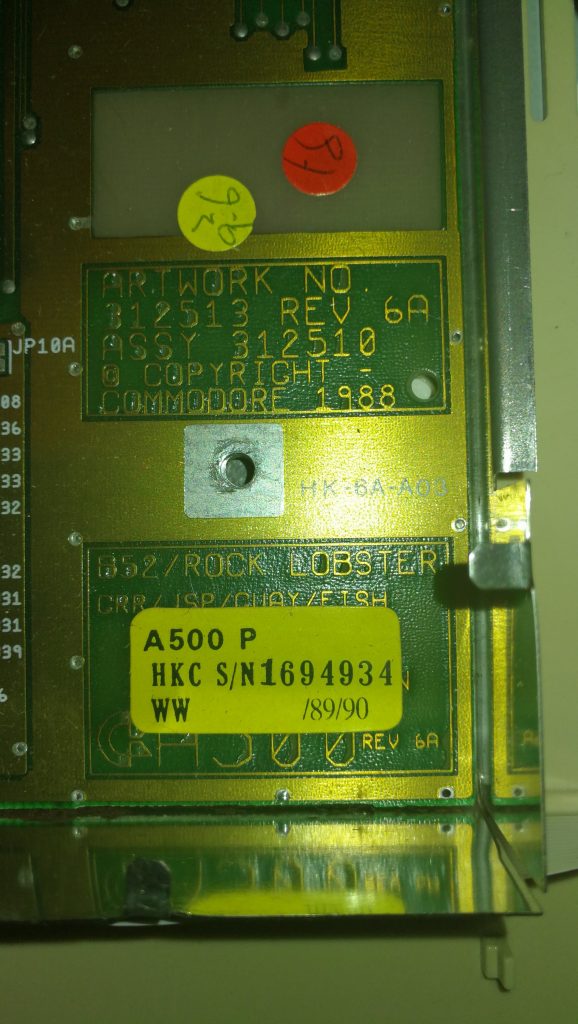 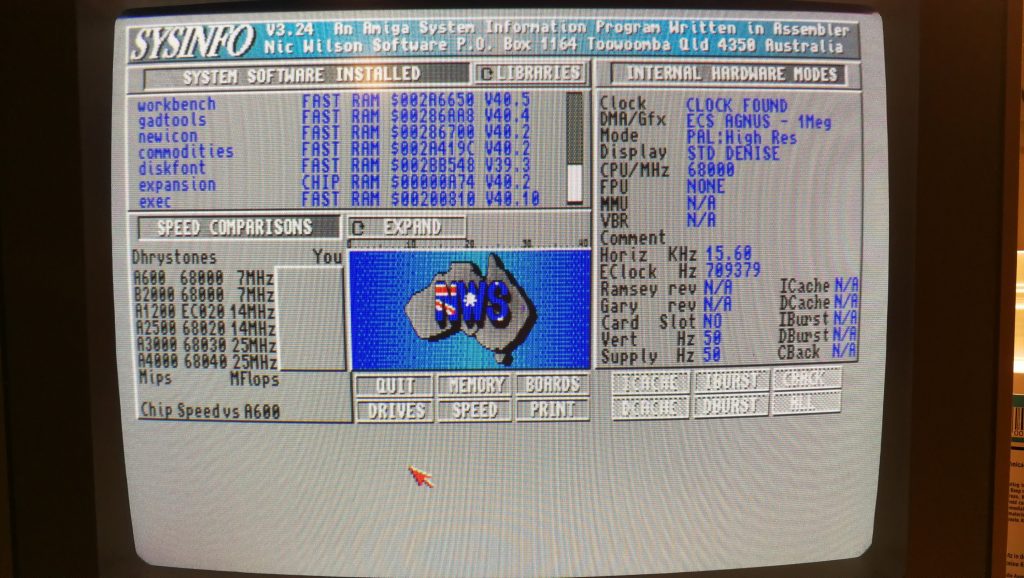 Here’s a screenshot from SysInfo confirming the presence of an ECS Agnus chip – needed for this mod.

The first thing to do is cut the small trace between the lower two pads (2 & 3). I used a small craft knife but any similarly sharp knife should do the job. Be very careful not to slip with the knife as there are several other tracks on the motherboard that you do not want to damage! To check that you have successfully cut the track you can use a multimeter – there should be no continuity between the two pads if the track has been cut properly. 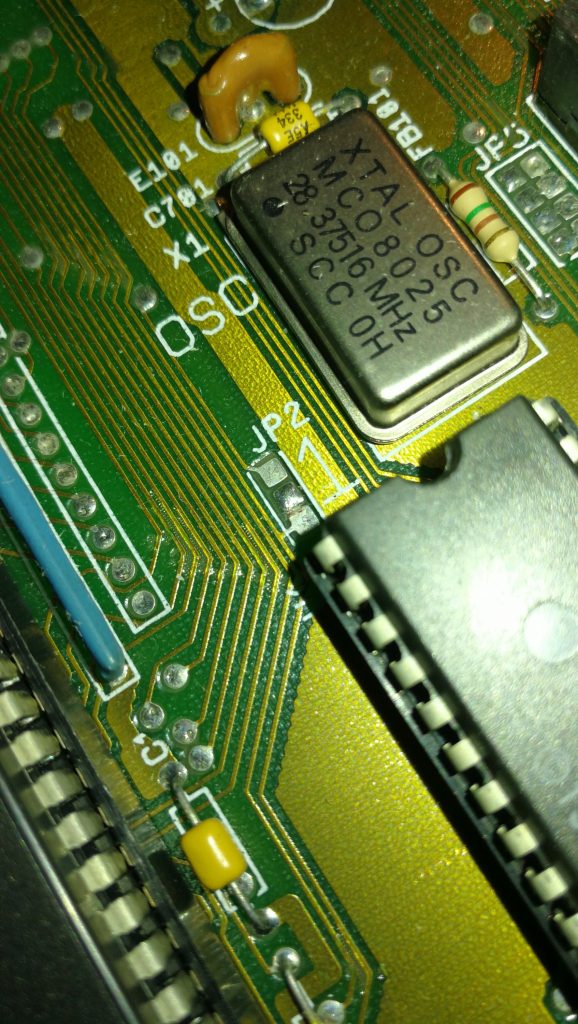 JP2 – Track cut between the lower 2 of the 3 solder pads with a sharp craft knife.

After successfully cutting the track between pads 2 and 3 the next task is to solder the top two pads (1 and 2) together. I found the easiest way to do this was just to keep adding blobs of solder to one of the pads until there was enough to drag across to the other pad and bridge the gap. 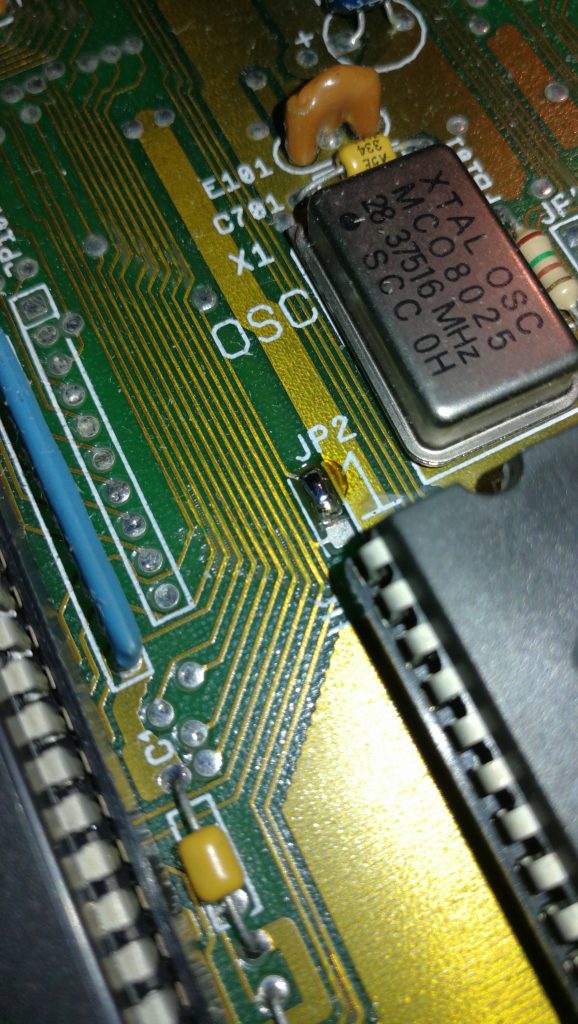 JP2 with pads 1 and 2 soldered together.

Traditionally the next part of this modification required cutting a track on JP7A but just by chance I stumbled across an advert for a 512K Trapdoor expansion on eBay that bypasses this requirement completely. This particular RAM expansion has a series of jumpers on it that you can use to enable/disable a number of features including using it to expand Chip RAM. It also features a clock with battery backup so it’s a very complete little package. Anyway, in order to have the 512k of RAM added to the pool of Chip memory you need to remove the blue jumper – this basically has the same effect as cutting the track on JP7A. 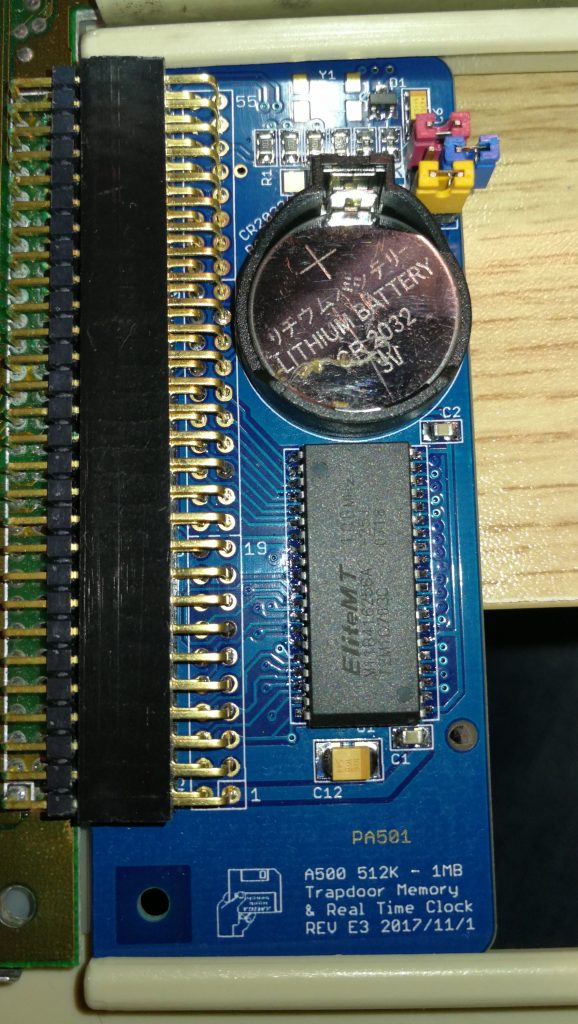 512K RAM Expansion with blue jumper disabled to enable it to be seen as Chip RAM.

The final step (after putting everything back together of course) is to turn on the Amiga and check that it now has a full 1 megabyte of Chip RAM.  Easiest way to check for sure is to load up good old SysInfo and go to the Memory Information screen and you should see 1.0MB Chip RAM displayed. Job done! 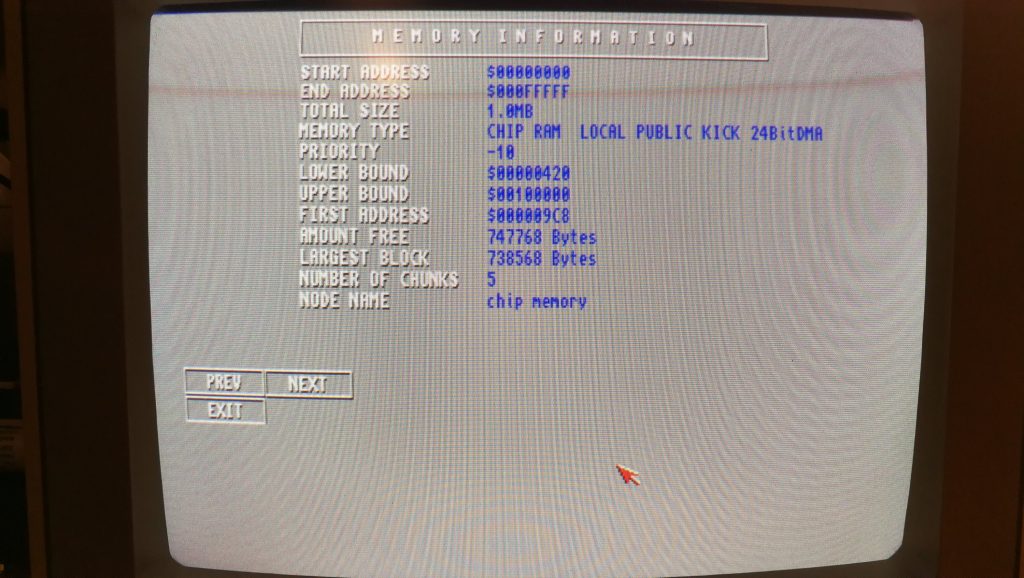