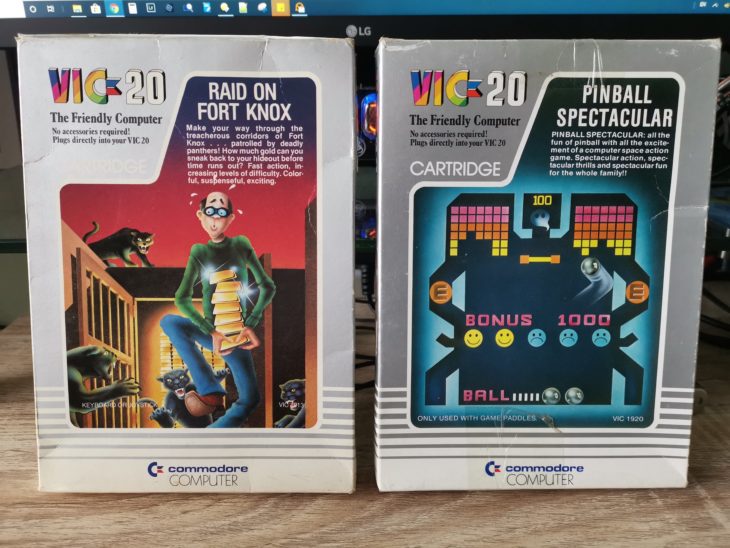 Picked up another duo of classic VIC20 game cartridges off eBay to add to my collection this week. Pinball Spectacular and Raid on Fort Knox, both of which are in pretty good condition complete with their original boxes and instruction sheets.

As usual I spent some time scanning the boxes in and adding them to my ‘3D VIC20 Game Museum‘. It’s so much easier to do this as and when I get new games. If I leave it too long they pile up and I develop a kind of mental block that prevents me doing them!

I’ve never seen or played either of these two before so had no idea what to expect from either of them beforehand. Thought I would share my thoughts on each title in the form of some mini reviews…

I’d never even seen Pinball Spectacular for the VIC20 before so this was a particularly interesting purchase for me. The game requires the use of paddles which was another reason I was keen to pick it up. There weren’t many paddle games made for the VIC so I grab any I can find!

Once I loaded this up I quickly realised that this is not a pinball game at all. It might take a few cues from it but this is basically a version of breakout. 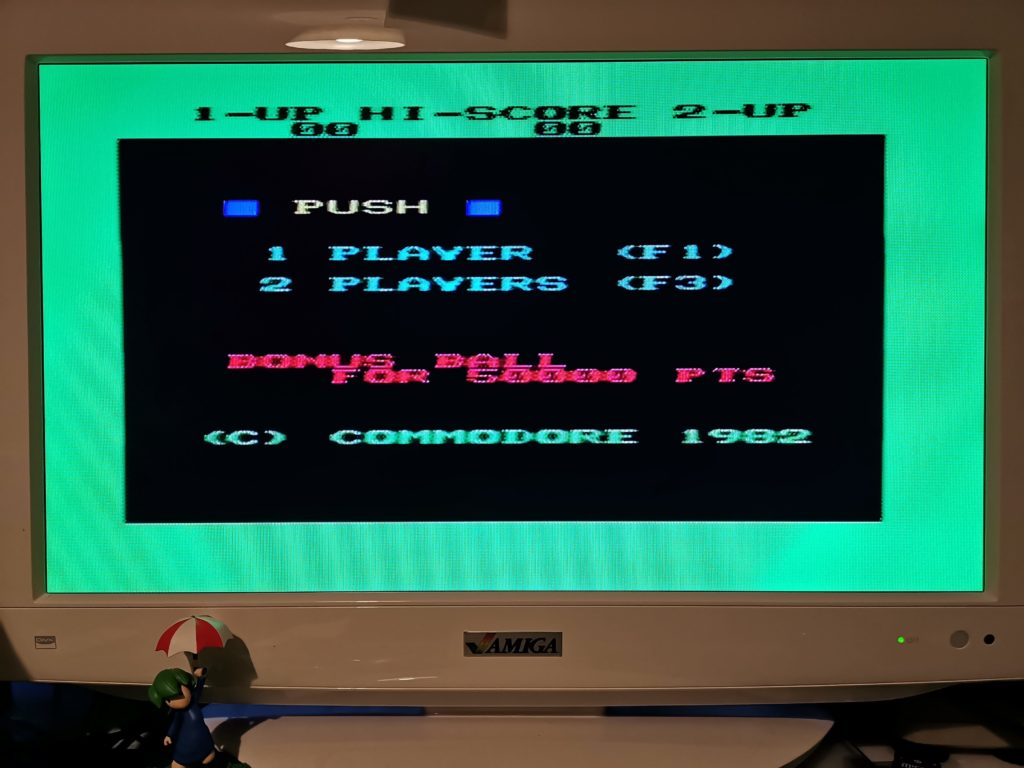 You control two horizontal bats that you can move left and right with the paddle. Once you launch the pinball with the fire button you need to keep batting it back up the screen to destroy the coloured blocks. This can quickly get tricky as the ball ricochets, often at high speed, at all sorts of angles due to the design of the ‘table’. The goal here is to clear all the blocks and release an alien which you then destroy by hitting it with the pinball.

So far, this has far more in common with breakout than anything else. Here’s where the the pinball elements come in to play. You can hit the ghost at the top of the screen for extra points. Likewise if you can direct the ball to hit all the little faces (turning the frowns into smiles) you can gain another bonus. Light up the letters E X T R A and unsurprisingly you earn an extra ball. 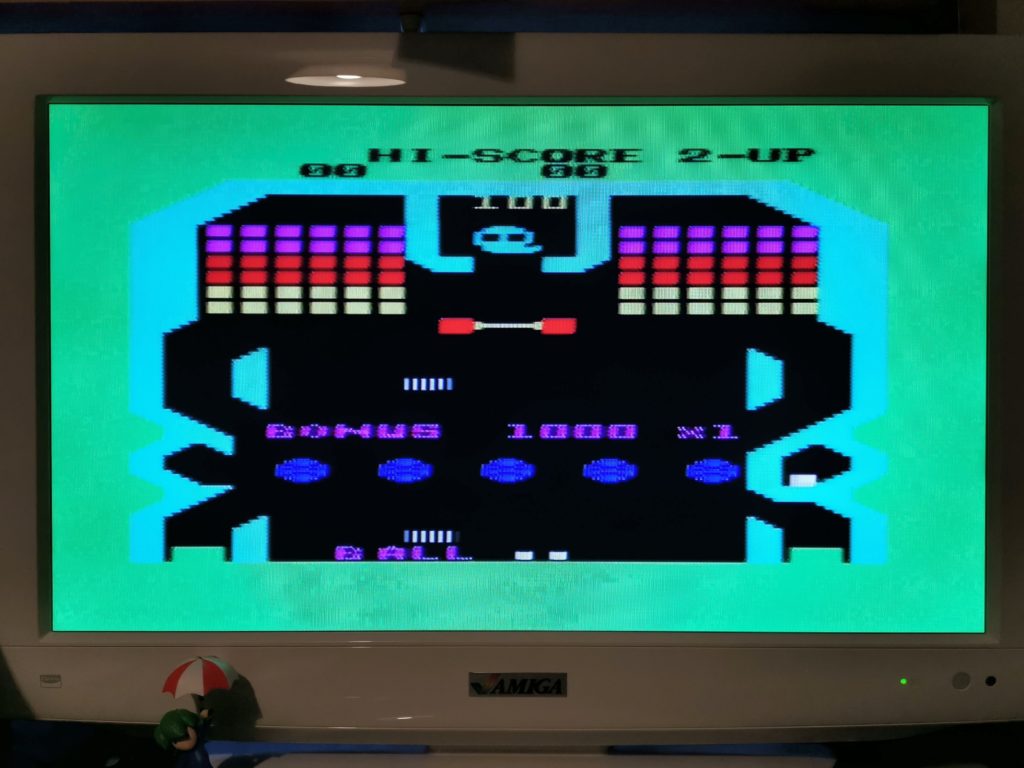 It’s a very simple game but it’s presented attractively with a great use of colour and some decent sound effects. Best of all it’s actually really good fun to play, helped in no small part by the use of paddles to control the bats. I can see myself coming back to play this often, trying to rack up higher and higher scores.

This game has a lot in common with other games such as Pacman or Radar Rat race. The aim of the game is to steal gold bars from the vaults in Fort Knox and escape back to your hideout with them. Fort Knox is represented as a maze of corridors and for some reason there are black panthers patrolling that you must avoid. Not sure why there’s panthers around instead of guards but no matter. If one touches you,  you lose one of your three lives, lose all three and it’s game over. 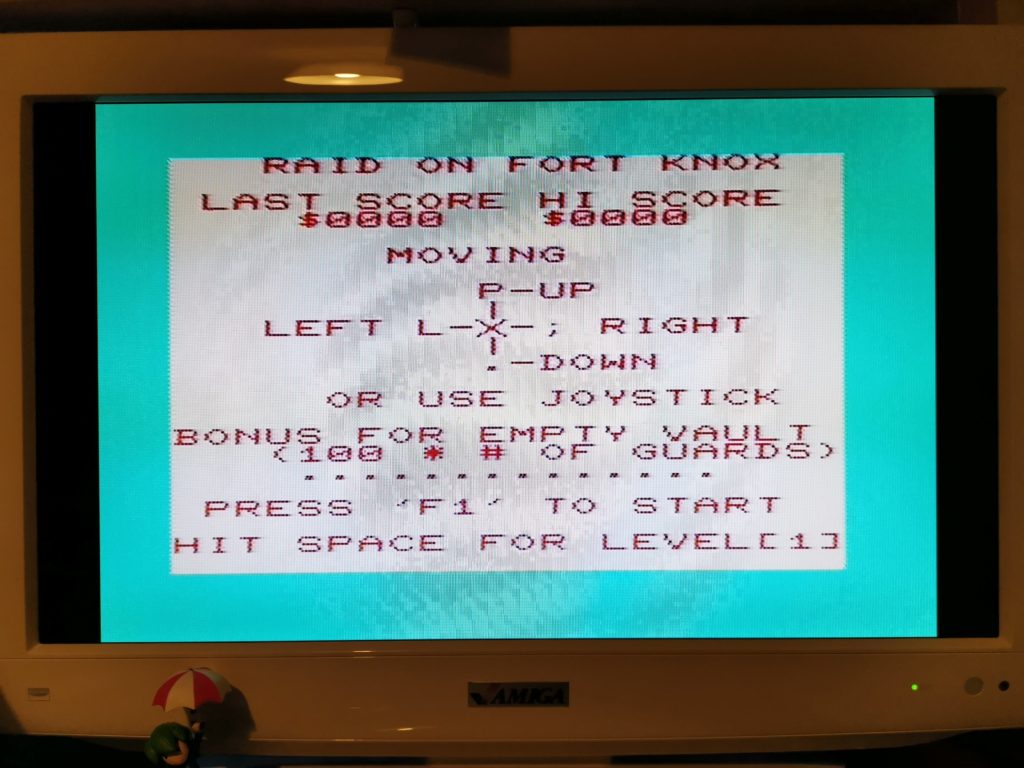 Whilst you are navigating through the corridors to retrieve the gold, one bar at a time, there’s no time limit. However as soon as you grab a gold bar a countdown timer bar appears at the bottom of the screen. You must get back to your hideout, whilst avoiding the panthers, before the time limit runs out. The faster you get back to your hideout, the bigger the payout. If time runs out you get nothing for your troubles. If you steal all the bars you move on to a bonus vault before moving up to the next level. 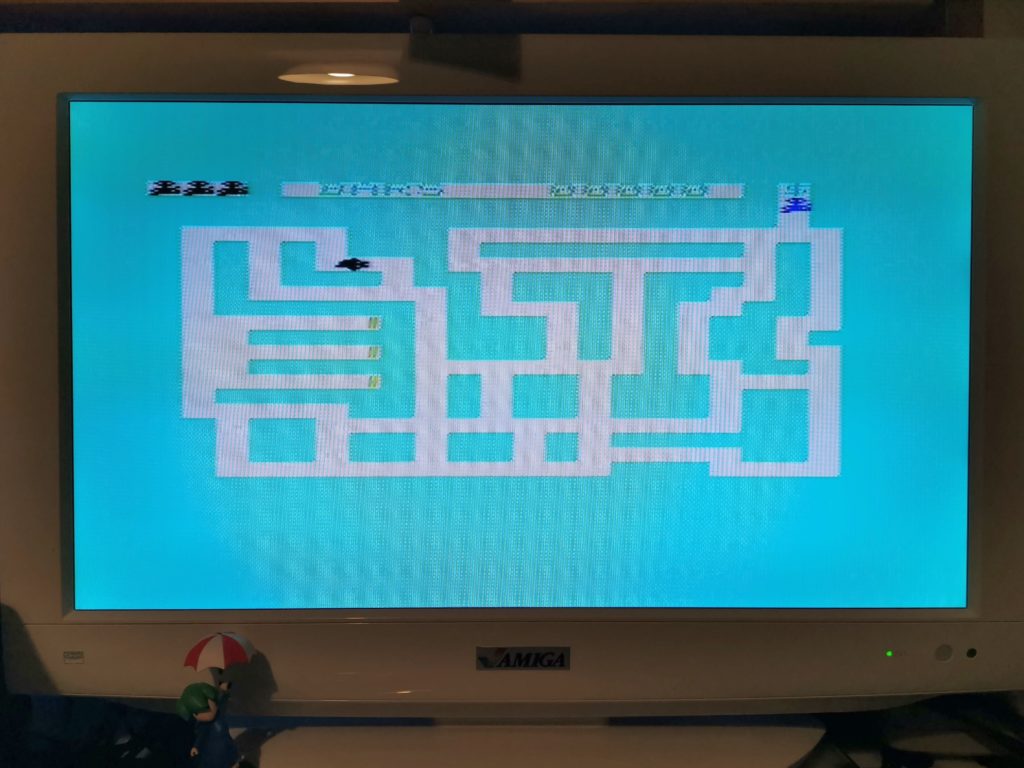 First level of Raid on Fort Knox – on the left are the gold bars. You’re the little blue guy top right.

The graphics can best be described as rudimentary, as are the sound effects. If it was a budget game on cassette I’d forgive these shortcomings but for a cartridge game it’s disappointing. I reckon it was probably written in BASIC. I’m glad I was able to add it to my collection but in all honesty it’s not a title I see myself coming back to in the future. 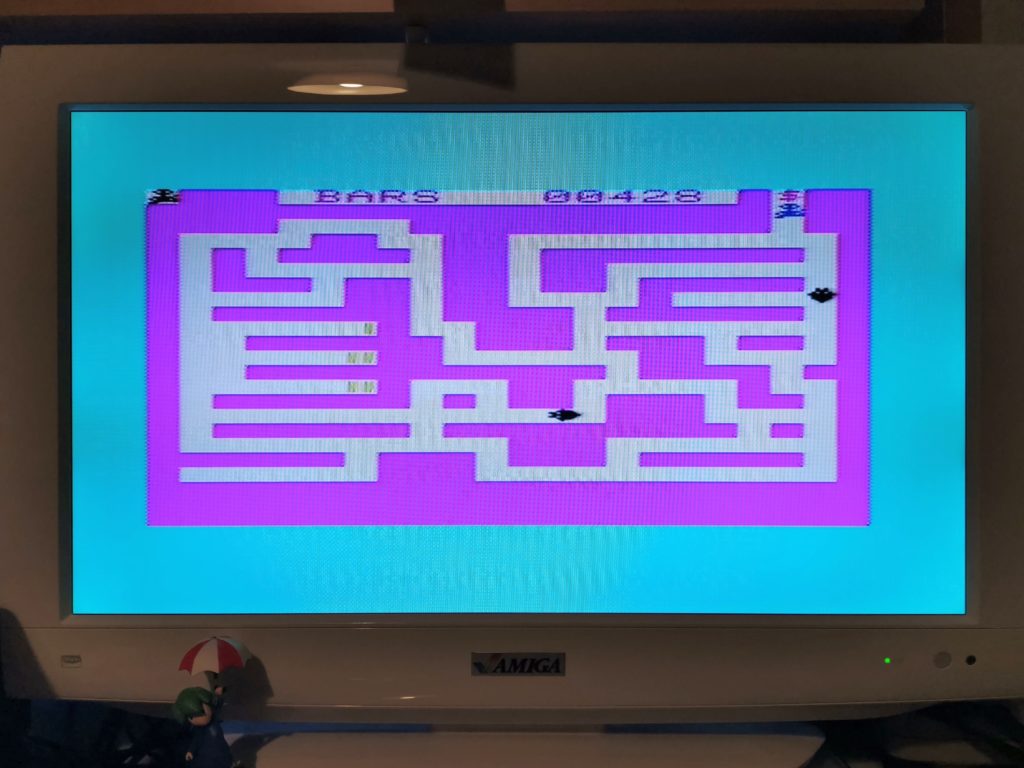