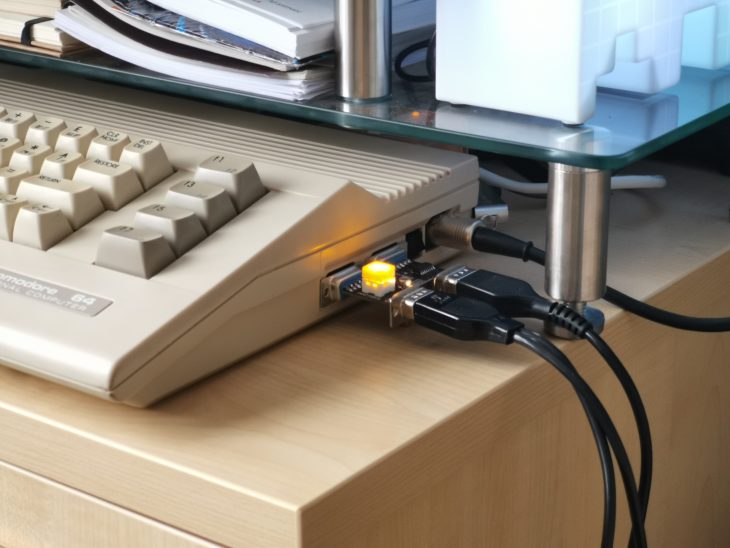 If you have two joysticks permanently plugged into your Commodore 64 then you would probably have no use for the Joyswitcher. However, if you’re anything like me, you might find that this is something you’ve wanted for a long time without realising it. I don’t play 2-player games but do play a wide variety of 1-player games, including those that require paddles or a mouse. Not only that but I also dabble with GEOS from time to time too. This means I’m constantly having to switch my joystick between ports 1 and 2 and swap in my mouse or paddles for those games and programs that require them as well. Not only is this a little tedious but it’s also a lot of unnecessary wear and tear on my C64’s 35 year old joystick ports.

I stumbled across this little device over on AmiBay recently. This is a neat little gizmo that plugs into both of your Commodore 64’s joystick ports simultaneously. It allows you to attach any combination of mouse, joysticks or paddles and freely switch between both devices and ports without ever having to unplug anything. The guy that makes these little devices is based in Hungary but it only took a week to arrive and was well packaged too.

The Joyswitcher itself is really well constructed and very sturdy. Those DB9 joystick ports are very securely attached and don’t move around at all when plugging stuff in. There are two female DB9’s that plug into your C64 on one side of the Joyswitcher and two male DB9’s on the opposite side for you to attach your gaming devices. On the underside is a little brass post that is just the right length to support the board so that no strain is placed on the joystick ports.

On the top of the device is a chunky illuminated square button, helpfully labelled ‘swap ports’ on the board. Press this for a second and you can switch the ports around from their normal position to a ‘crossed over’ one. This button stays illuminated all the time making it very easy to find if you’re playing at night with the lights dimmed.

When you first attach the Joyswitcher the default port arrangement looks like this:

However after pressing the illuminated button the port mapping switches over like this: 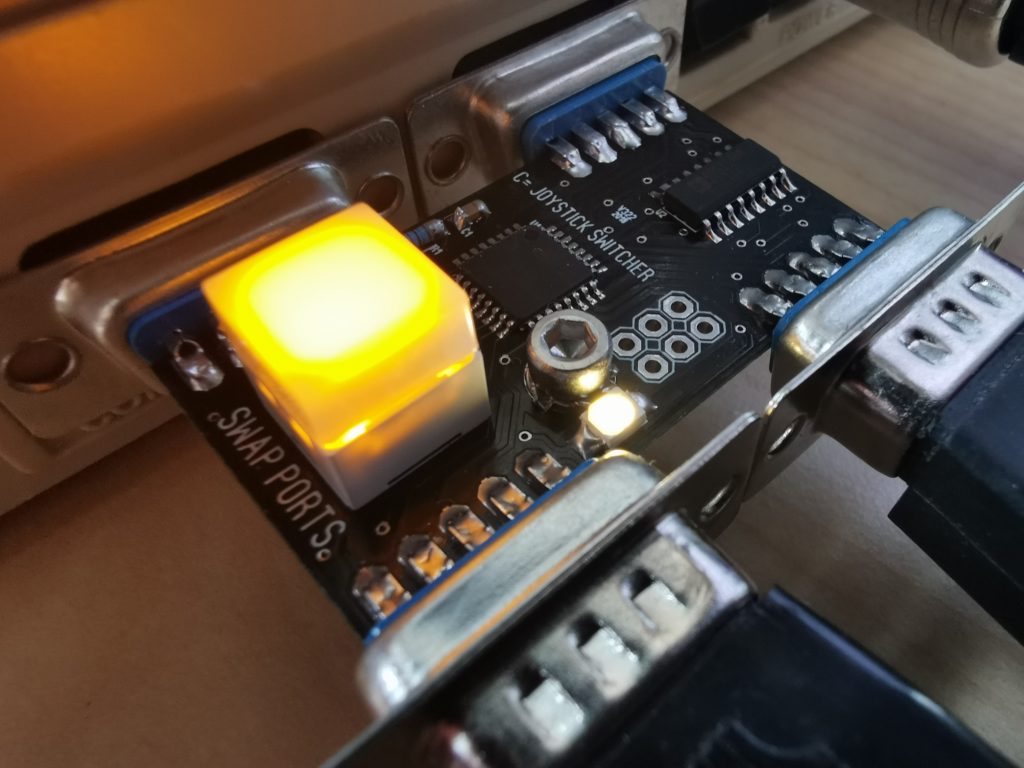 Notice the little LED to the right of port 1. When illuminated you know the ports are operating in their normal way, (not switched).

You can tell at a glance which mode the Joyswitcher is in as a little LED lights up when the ports are are in the ‘normal’ position. The Joyswitcher also remembers it’s last switched ‘state’ even after being powered off which is very useful. 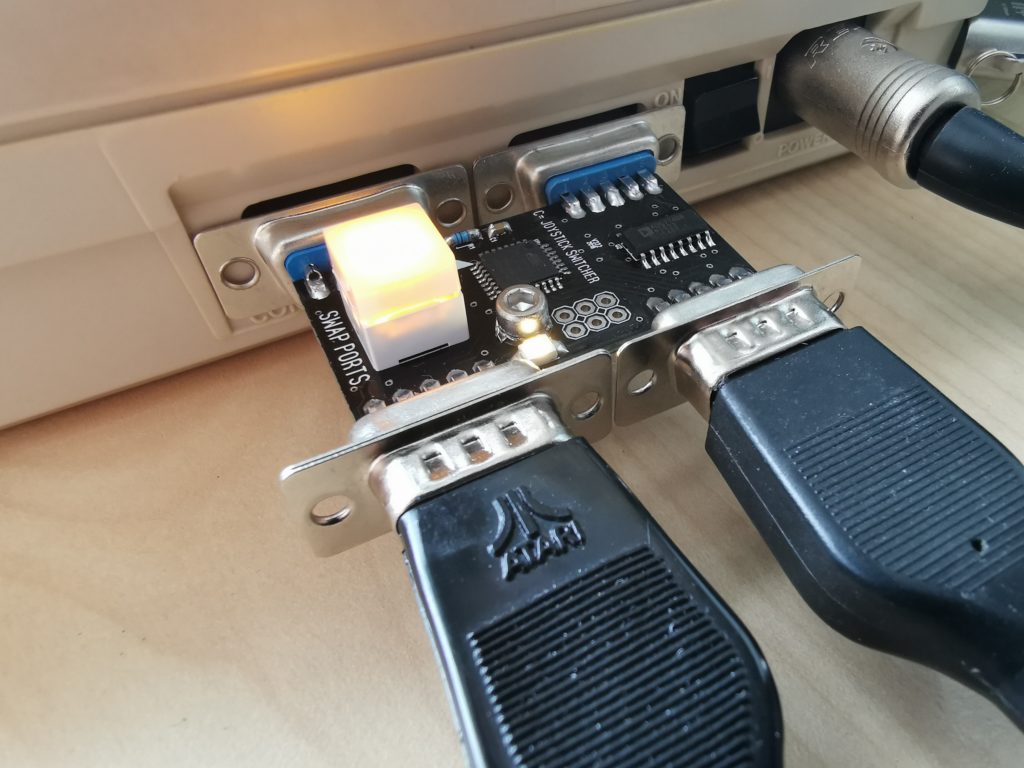 Joyswitcher operating in normal mode with a pair of paddles attached to port 1 and a zipstick in port 2.

I still occasionally have to swap my paddles for a mouse and vice versa but not very often. Certainly nowhere near as often as I was when having to juggle a zipstick, paddles and a mouse between the 2 ports.

If I could change a single thing about the Joyswitcher it would be to add a 3rd input port so I could leave everything plugged in permanently. However there’s probably very few other users like me and it would complicate the design of the board no end so I can accept that it will probably never happen!

This is a fantastic little device and well worth the €32.90 it cost me. Can’t really fault the device as it does exactly what it sets out to do, is well constructed and looks like it will last a long time. I really love the aesthetics of it and appreciate being able to see everything exposed in an ‘industrial’ kind of way. It certainly looks way cooler like this than it ever would hidden away in a bland plastic case in my opinion. No doubt if you don’t feel the same way you could probably find a 3D printed case for it online.