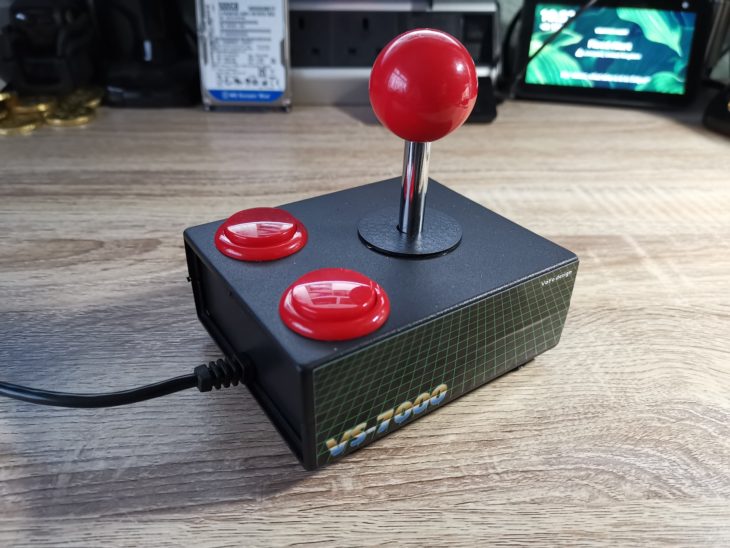 I recently picked up a super little arcade joystick off eBay for my Commodore machines. It’s brand new and made by this seller on eBay. He’s calling it the ‘VS-7000’. I’m really impressed with it so thought I’d share my thoughts.

As standard it comes with a plain black plastic base with four sucker feet. However there’s a couple of retro styled vinyl VS-7000 stickers supplied in the box. These can be attached to the sides of the base if you want to jazz it up a little more. Additionally, if suckers aren’t your thing then they can be replaced by the included set of 4 rubber feet.

The seller also offers the same joystick in a couple of other colours. There’s one with a white base and another black one but with wood effect panels, presumably for people that want to use it with Atari systems. Sadly at the time of writing this he’s got no stock left of any variant but hopefully he’ll make some more soon. 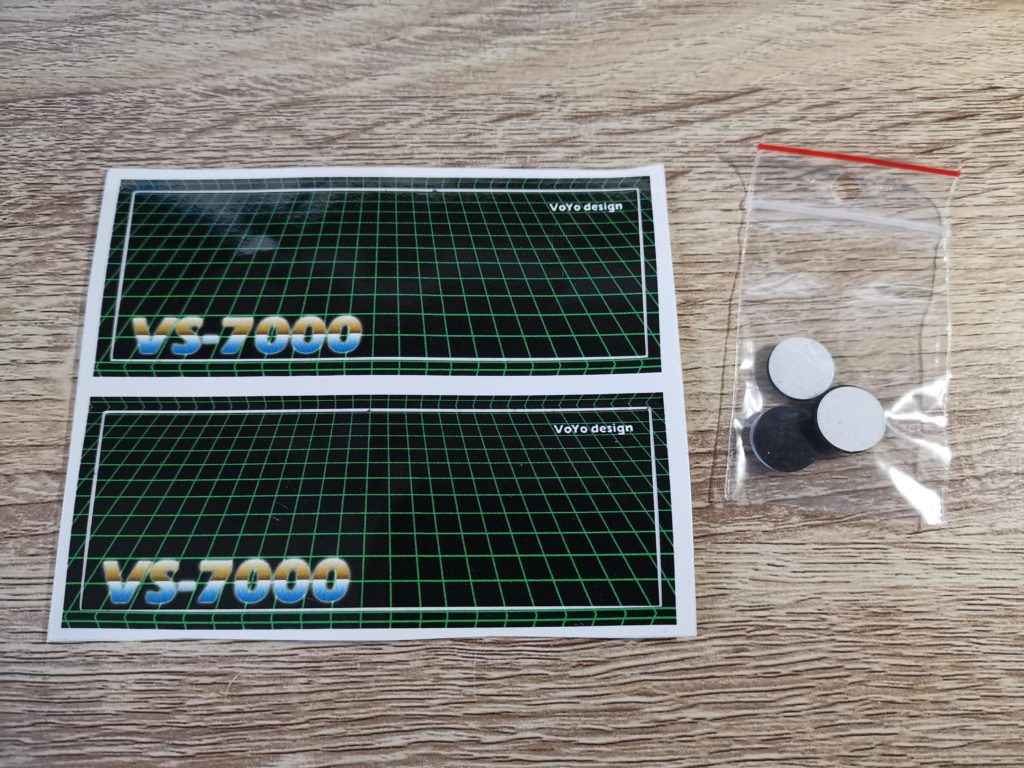 The supplied stickers to go on either side of the base and a set of 4 rubber feet.

Both the buttons and stick are micro-switched and this makes for a really satisfying ‘click’ when pressed. In use I was never unsure whether a button had been pressed that’s for sure. The joystick unit itself is based on the Sanwa mechanism which is designed for arcade game cabinets. The shaft is made of metal with a nice chrome finish and it all feels reassuringly sturdy in use.

The joystick is available with either two ‘A’ buttons or an ‘A’ and ‘B’ button configuration (on request). It is straightforward enough to change from ‘AA’ to ‘AB’ yourself too. Unfortunately the A & B configuration of this stick is NOT compatible with 2 button capable C64 games like Super Mario Bros and Chase HQ 2. The C64 just doesn’t see the extra button at all. 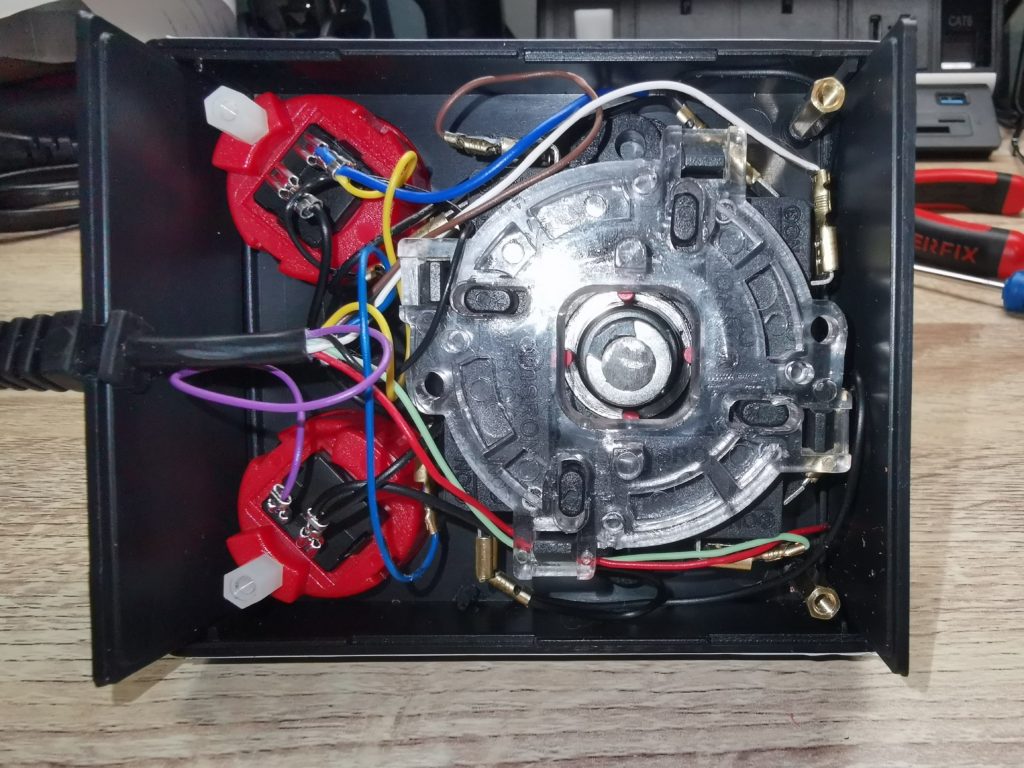 Here’s what the inside of the joystick looks like

I have to say that this little joystick has really exceeded my expectations. It requires very little lateral force to move the stick around so it makes extended play sessions much more comfortable. I also found it enabled me to move around games more accurately or pull off those different moves in IK+ more easily. Puzzle games such as Vegetables Deluxe and Milly & Mollie suddenly became far more relaxing to play too.

I can’t overstate how much I love the stick movement on this thing. Selecting a direction only requires a gentle nudge which is immediately rewarded with a satisfying click. I can guide it in the direction I want using just my forefinger and thumb instead of needing to clamp my whole hand around it. Consequently, playing for hours no longer results in getting cramp in my right hand like I do with the other sticks (especially the Suncom). I should point out that this may well be an age related preference. I loved the ZipStick when I was a kid but fifty year old me? Not so much.

The VS-7000 joystick does have one shortcoming though… the base is quite bulky and angular so is not the most comfortable thing to hold for extended periods of time. However I suppose that’s to be expected from a homebrew project like this. The joysticks of yesteryear were manufactured in large numbers and had custom, injection moulded bases, not something you can easily replicate on a small scale. Having said that this didn’t prove to be much of an issue for me as I use it mostly either resting on my knee or affixed to my desk with the suckers.