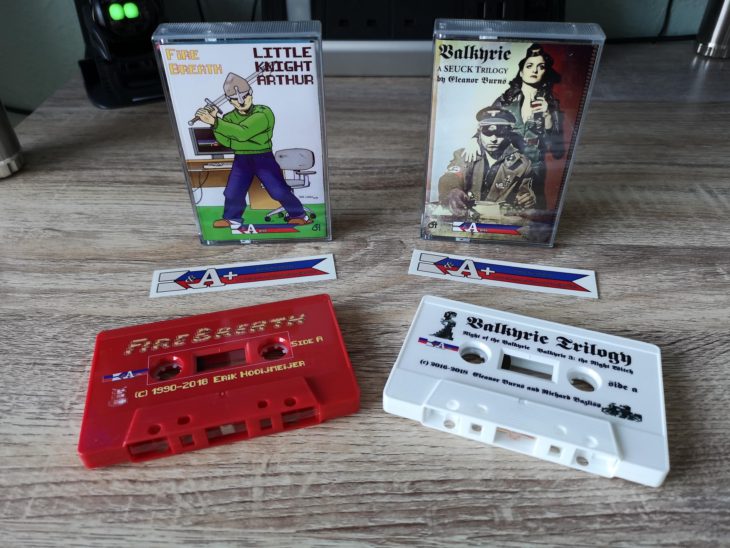 This is a quick look at Fire Breath, Little Knight Arthur & Valkyrie Trilogy published by K&A+ Magazine for the Commodore 64. These are basically volumes #2 and #3 of a series. Volume #1 was ‘Single Button Games‘. All the games feature attractive loading screens and great music to entertain you whilst they (turbo)load. 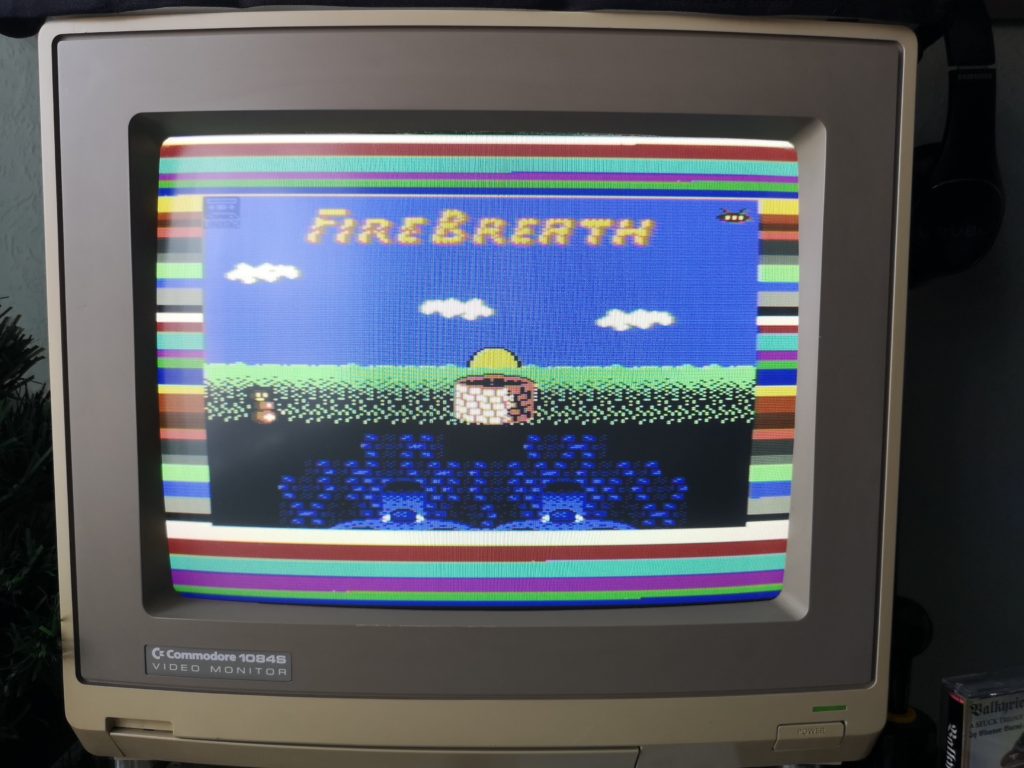 This is a charming little flip-screen platforming game where you control a fire breathing slug, making your way out of an underground warren of tunnels. You must avoid contact with any of the critters you meet along the way, preferably roasting them with your fiery breath and collecting points for doing so. There are power-ups to collect and rooms full of bonus items to discover. Kill all of the critters in each location to move onto the next. I found this to be a very relaxing and enjoyable little game. 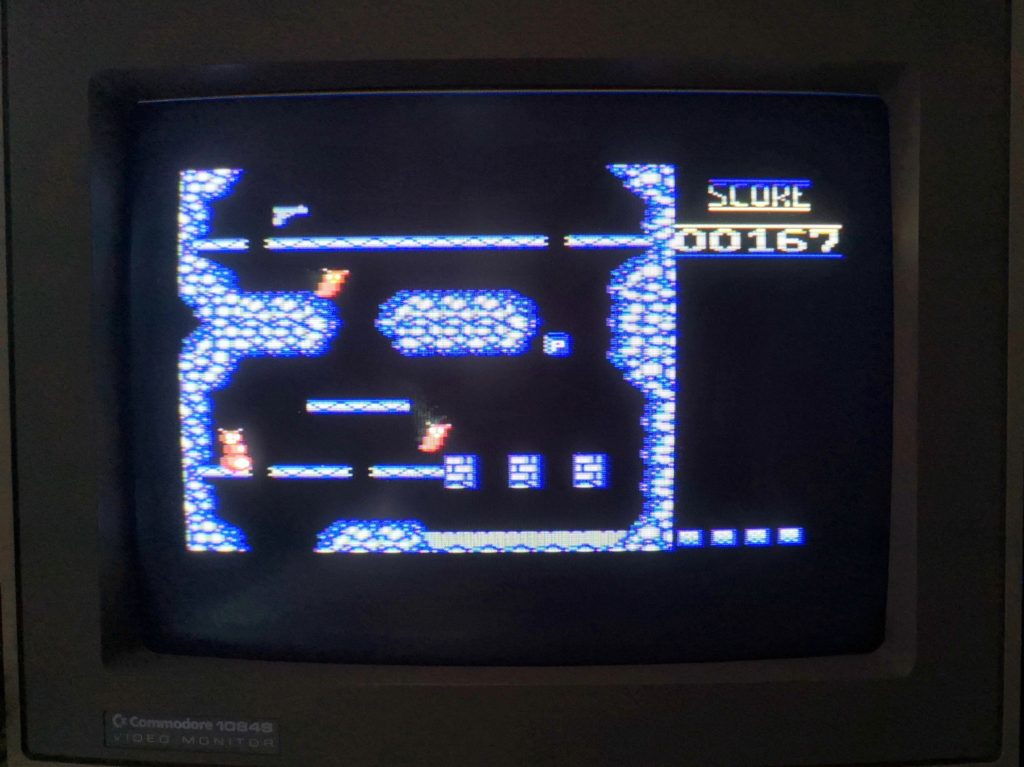 Update: Since writing this I discovered the author’s website, ctrl-alt.dev.nl which provides a good history of how Fire Breath came into existence. Well worth a read. 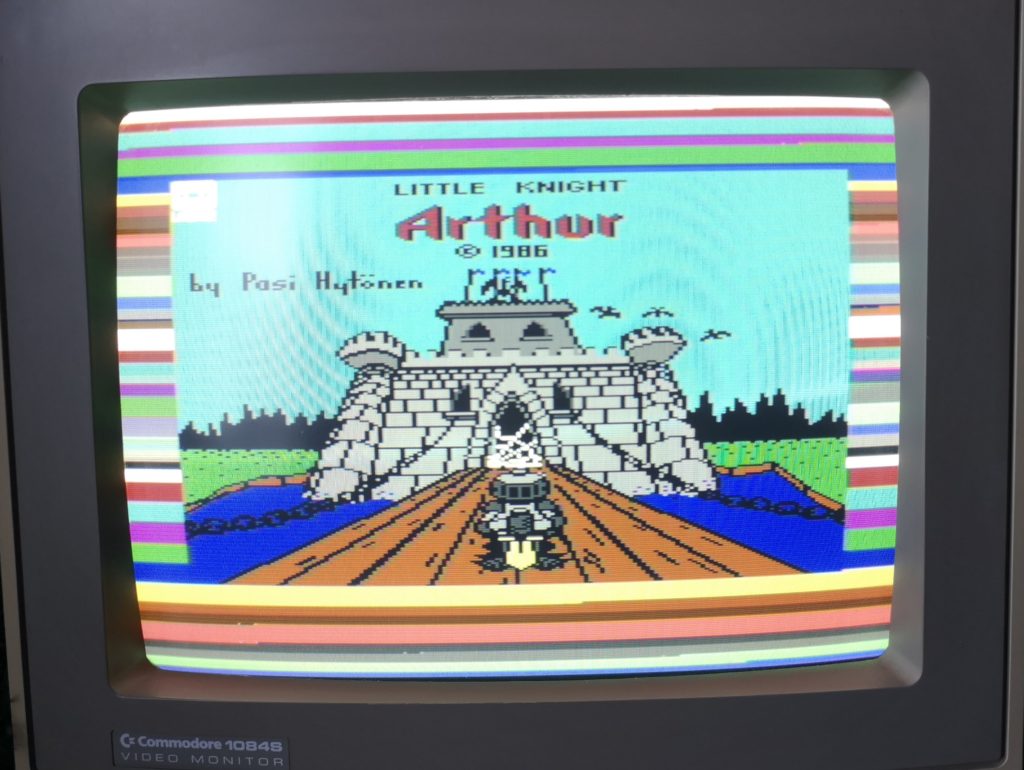 Little Knight Arthur appears to be a Monty Mole / Jet Set Willy style of platform game where you avoid monsters on your way to the exit. I say “appears” because I haven’t managed to get beyond the first screen yet. Either I really suck at this game or it is just brutally difficult. Or maybe both? Your character is quite a chunky little guy and there is virtually no room for error when trying to get past the monsters on the screen – their movement patterns seem to be random too so it’s really difficult to pick the correct moment to jump. The art style is great, very reminiscent of similar games from the period and the music playing throughout is pleasant enough but I just found the game frustratingly hard and gave up after a dozen or so attempts. When I’m feeling like a challenge I will definitely go back to this and try to reach the second screen!!! 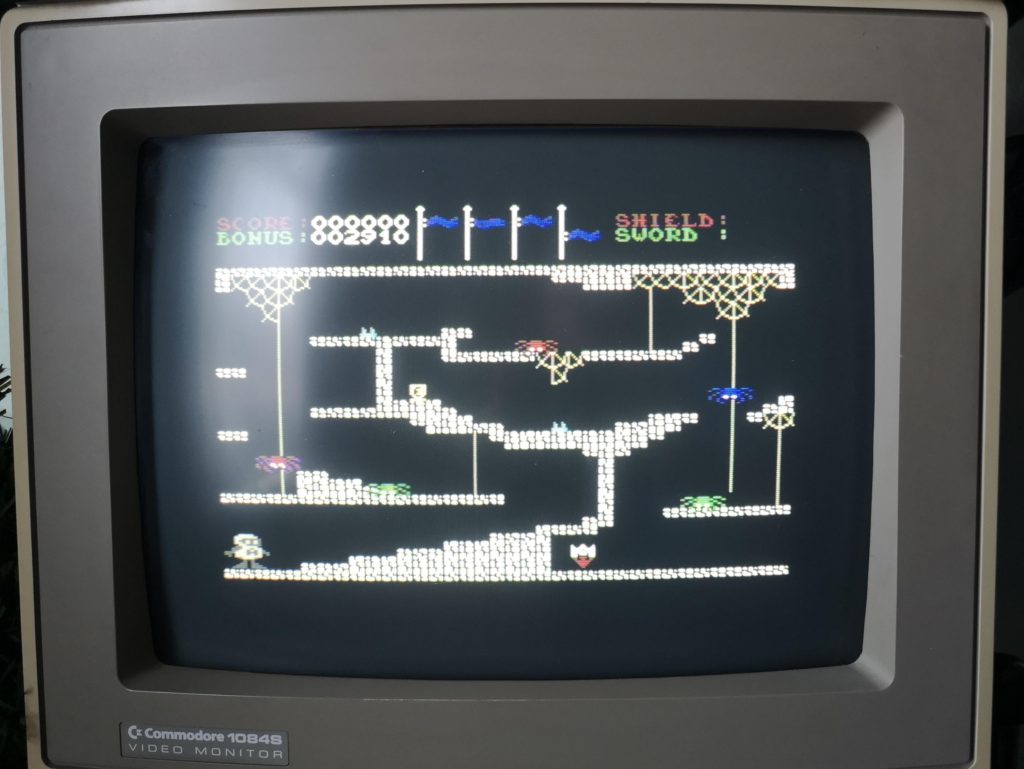 There are 3 games included here. Side A contains ‘Night of the Valkyrie’ and ‘Valkyrie 3 – The Night Witch’. Night of the Valkyrie is a vertically scrolling WWII game where your Valkyrie character has to kill waves of Nazis as you progress up each level before facing off against a boss at the end. Your character can move and shoot in all directions and thus play feels very similar to Commando – definitely a compliment!

Valkyrie 3 is again a vertically scrolling shooter but this time instead of playing the Valkyrie character on foot you are in a WWII biplane flying over the landscape similar to 1942. This was a refreshing change after the other two games following a similar style and I really enjoyed playing it.

Side B contains ‘Valkyrie 2 – The Templar’. I was quite pleasantly surprised to discover that this game actually features an intro sequence that loads as a separate entity before the main game. It features music, some really great character graphics and explains the plot of the game. Once this is over the main game loads. I liked the fact that this game offered me the choice to play with either music, sound FX or silence on the title screen. This is another vertically scrolling ‘kill all Nazi’s’ affair where you play the Valkyrie character on foot. This time however, you start out unarmed and must quickly find a weapon in order to progress. 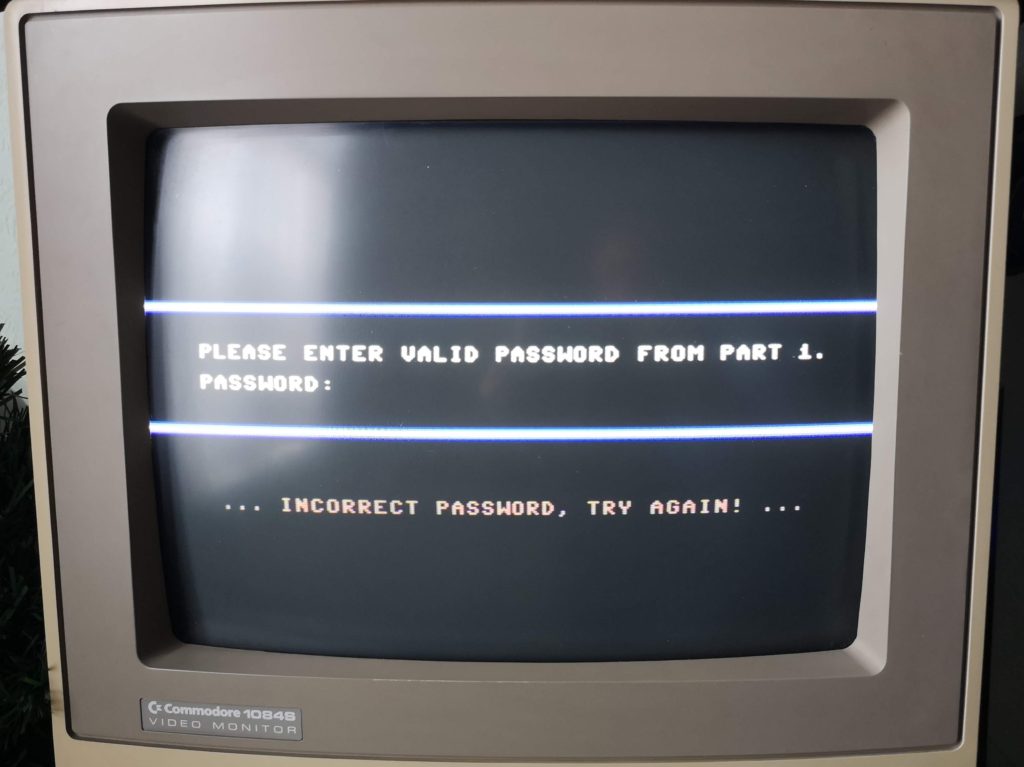 When you complete each section of the trilogy you get a password and then an ending sequence will load off the tape. I have to confess this confused me initially as I was expecting the next program on side A to be Valkyrie 3. When the password prompt appeared I just assumed the game itself was password protected. So, if you want to skip ahead to Valkyrie 3 you will need to load the end sequence for Night of the Valkyrie and then reset your C64 and continue the loading process. Thanks to Lukasz for clearing that bit of confusion up for me!

Inside the inlay cover there is space provided for you to note tape counter numbers down for each game. This is actually pretty essential for this title. Here are the counter numbers I recorded on my system. Not sure if they’ll be the same for you (I use a Binatone Data Recorder).

I’d definitely recommend Valkyrie Trilogy if you’re a fan of vertical shooters such as Commando – I’ve certainly had a lot of fun with it. Likewise Fire Breath was also very enjoyable but Little Knight Arthur just frustrated me due to it’s high difficulty. (I should point out that I’m not very patient these days!). Had these two not been bundled together I would recommend avoiding the latter but the inclusion of Fire Breath makes it a worthy purchase.

If you would like to find out more or get your own copies of the games then head on over to the K&A+ website. At the time of writing they don’t seem to be advertising them but I’m sure they’ll be added to the website soon enough.