Welcoming an Amiga A1200 into the fold. 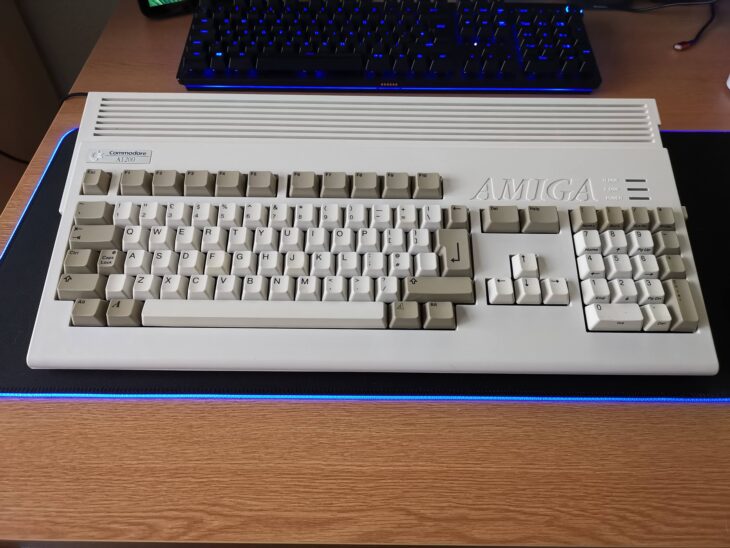 Today the Lyonsden computer collection just got a little bit bigger with the arrival of a Commodore Amiga A1200 computer! 🥰 This is actually something I’ve been hankering after for a long time now. I’ve missed being able to play those old AGA games and also wanted to get back to using an ‘original’ machine. Not only that but the A1200 is just a more capable and expandable machine. It has an internal IDE interface as standard and a PCMCIA slot that can be used for a multitude of things. Wi-Fi and ethernet network cards, card readers, SCSI interfaces and so on. That AGA chipset is not just for games either, it provides a range of improved workbench screen modes that support up to 256 colours too! 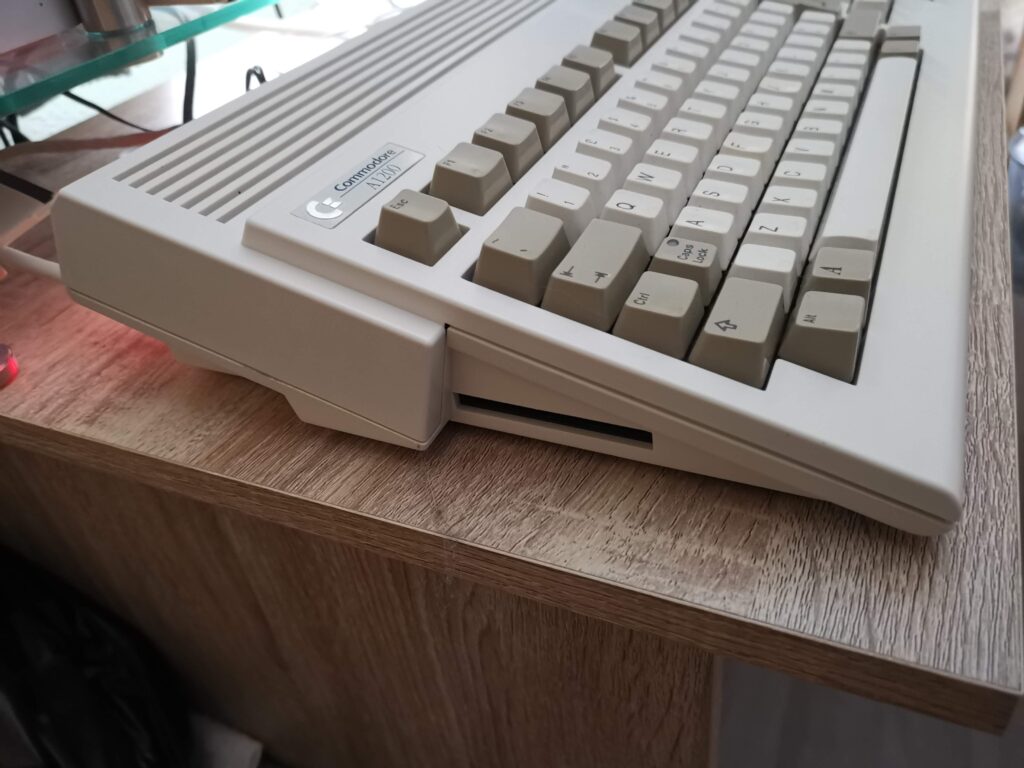 View from the left.

The A1200 has been recapped already so hopefully it will provide many more years of faithful service now. It’s a really nice example and hasn’t been modified in any way which is how I intend to keep it. I’ve already heavily modified my A500 so hopefully I’ve scratched that particular itch well enough already! 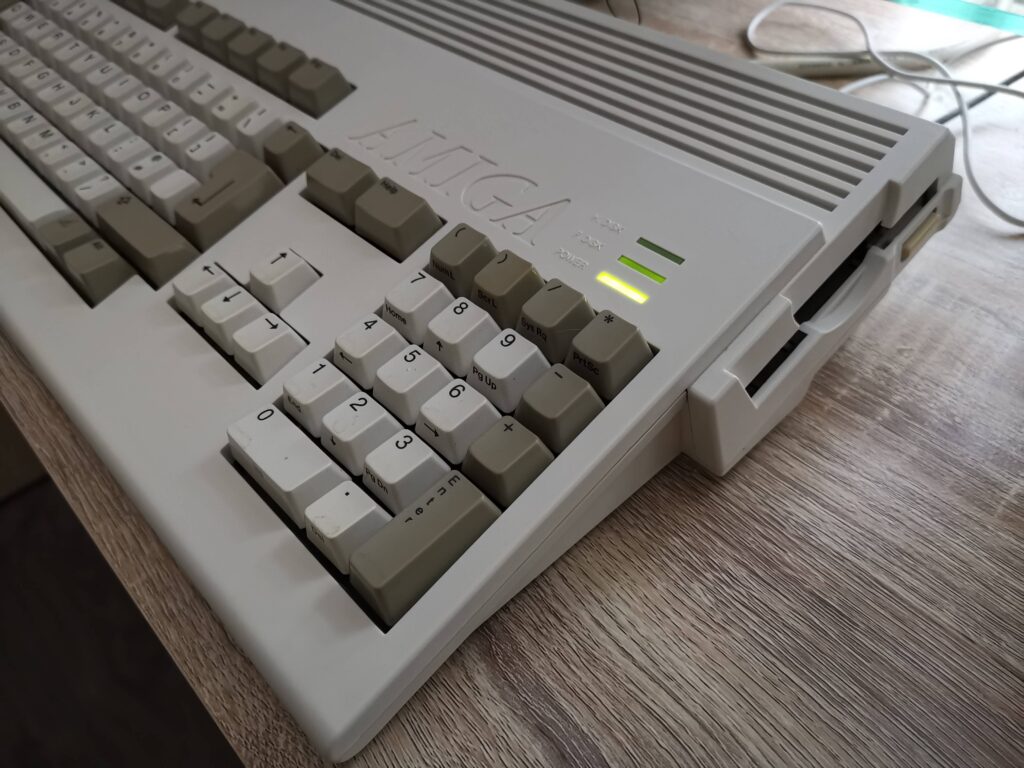 The plan is to operate the Amiga A1200 just like I would have done 25+ years ago. That’s not to say I’ll be keeping it stock… oh no. But it does mean I won’t be fitting a modern FPGA accelerator into it for example. Whether I can operate it without a Gotek remains to be seen but I’m certainly going to try! 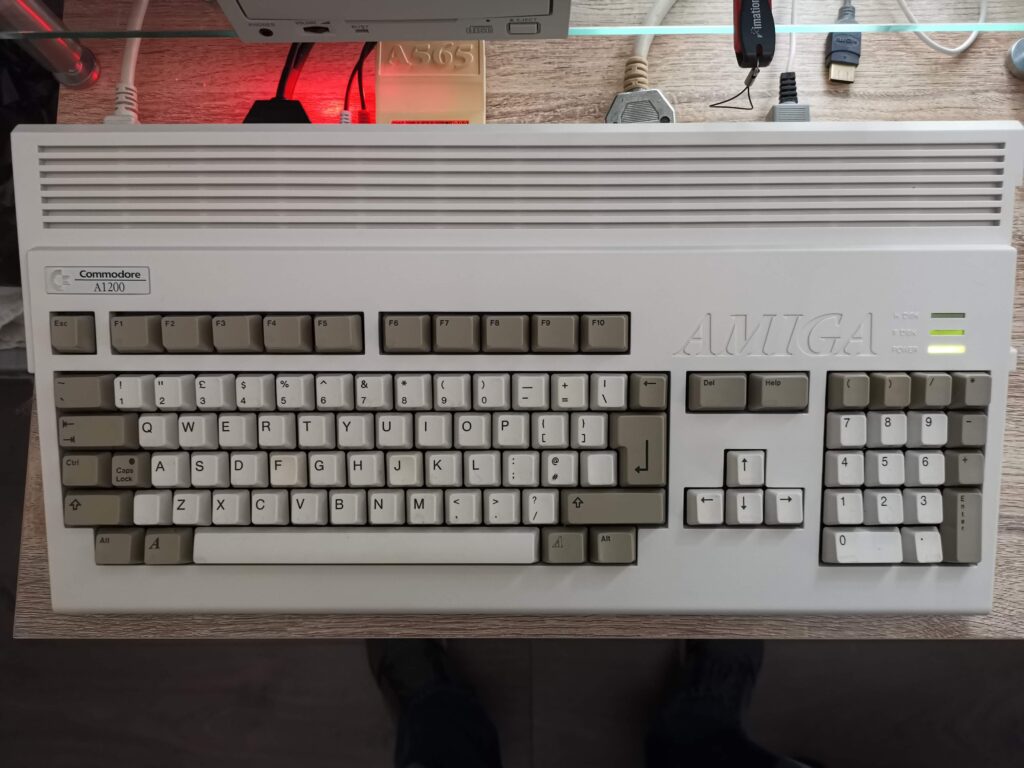 Upgrades on the way…

I’ve already got a Blizzard MkIV 68030 accelerator on the way for it and a SCSI CDROM drive is sat on the desk ready to be hooked up too. These are both accessories that I had back in the 90’s and so meet my criteria for keeping things original. I also plan to fit a hard drive (well CF card) and install the very latest AmigaOS 3.1.4 on it too. Basically lots of new projects to look forward to! 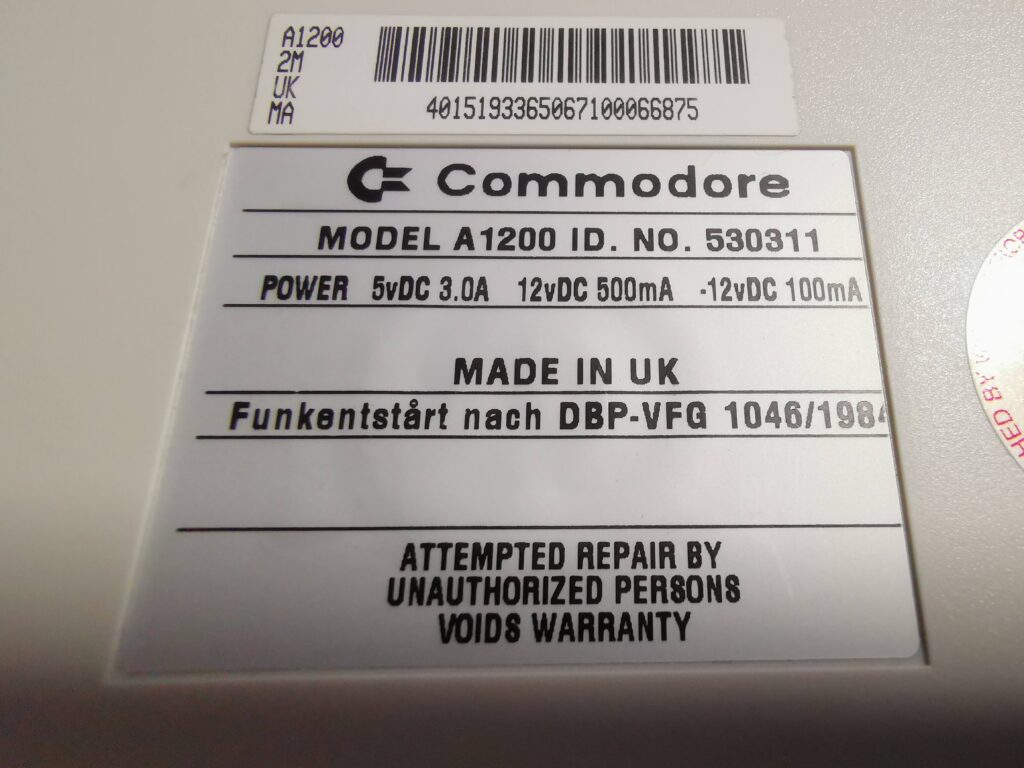