Freeze 64 Issue 34 Fanzine is out now 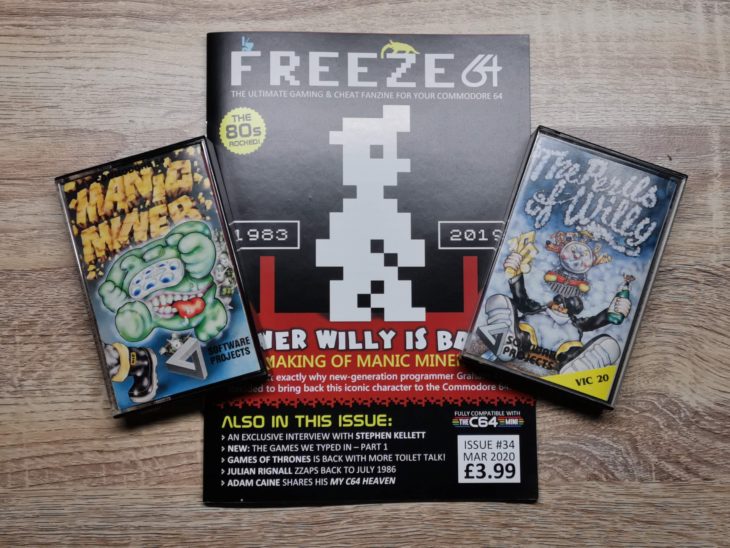 The latest issue of Freeze 64, issue 34 has just been published and posted out to subscribers.

Issue #34’s featured game and interview is Manic Miner 64DX and its coder, Graham Axten. In the interview he discusses the improvements he’s made to the new DX version of the game. There’s no cheats or pokes in this issue which I initially thought was a little odd. The mystery was solved however when I actually read Vinny’s intro. In it he explains they took a back seat due to the focus on Manic Miner 64X in this issue and that they will return in issue #35. 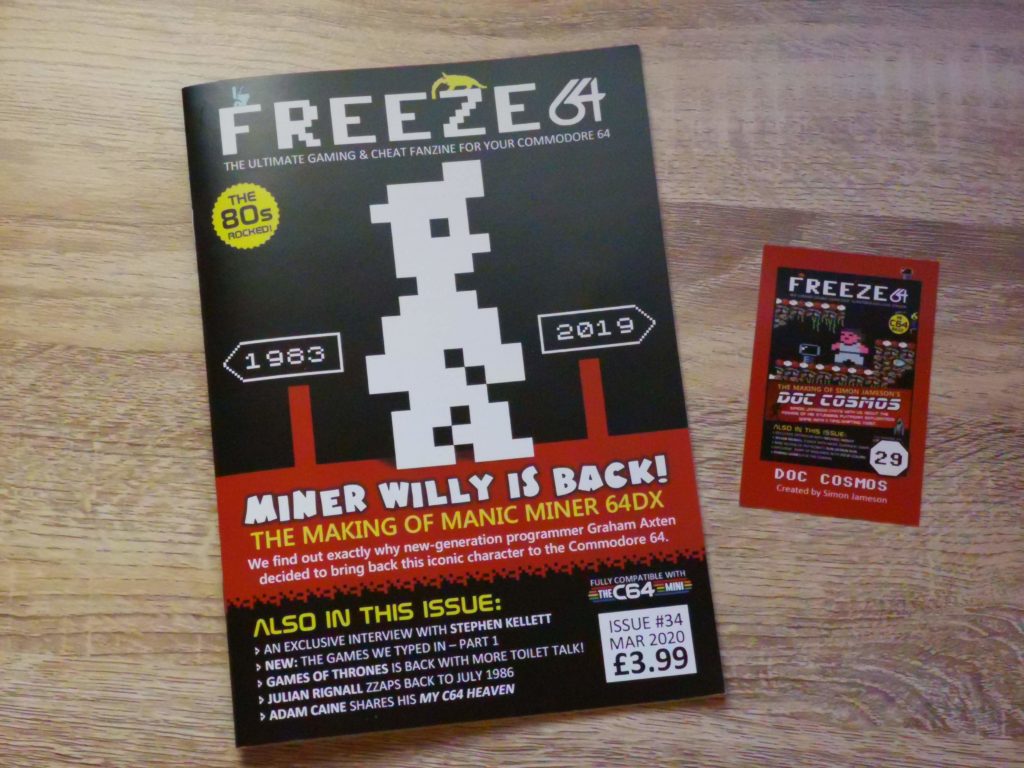 Percy is the featured game from the Mouldy Cupboard. When I saw that name I was initially surprised as I started thinking of ‘Percy the Potty Pigeon’ which I remember as being a superb little game. No, this game is all about a Penguin called Percy and is far from superb!

In another interview, Stephen Kellet dives into his coding past and reminisces about the games and systems he worked on. Most the fanzine regular sections like Zzapback!, Secret Squirrel and My C64 Heaven also make an appearance in this issue. A special mention has to go to the ‘Games we typed in’ article though. This was a real trip down memory lane for me as spending countless hours typing in listings as a kid is something I can definitely relate to! 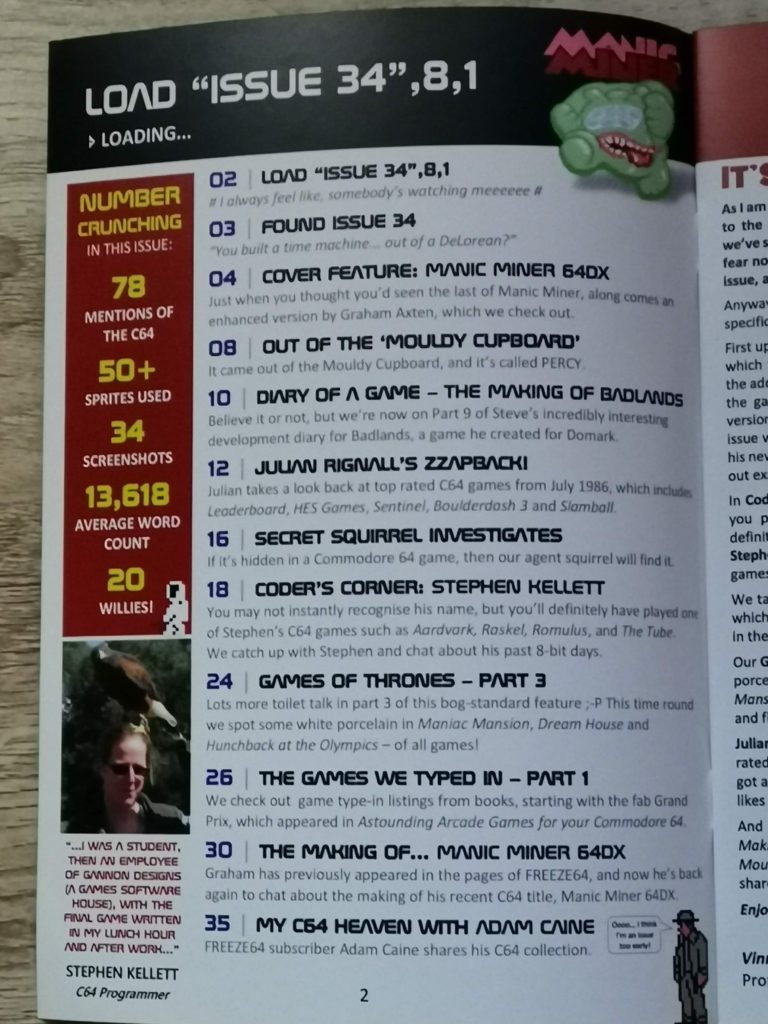 Quick peek at the contents of this issue.

If you fancy your own copy then head over to the Freeze64 website and show your support by purchasing this issue.

Here’s a link to my previews of several earlier editions of Freeze64 if you’d like to check out what you’ve been missing!