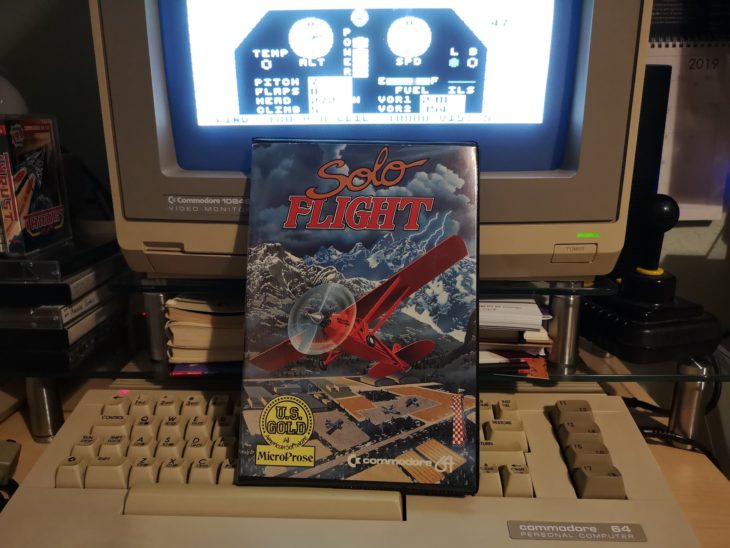 Although I already own Microprose Solo Flight on cassette tape, I’ve been keeping my eye out for a decent copy of the disk version for quite some time now. Happily I recently came across a fine specimen, so here it is! The wallet case and insert are in pretty much mint condition, as is the instruction booklet. The three maps of the locations you can fly around in the game (Colorado, Washington and Kansas) also look brand new. Clearly this has either been very well looked after or not seen much use. The disk label is on wonky but it will have been like that from new, that’s just how they came sometimes unfortunately. I was delighted that the disk loaded up no problem first time around, but I’ll still make a backup copy just to be safe.

I used to play this game for hours on end back in the 80’s. The graphics are pretty basic and it probably runs at around 2 FPS but none of that mattered. It felt like you were really flying a light aircraft. I used to love doing the mail delivery missions too – provided a real sense of purpose to it all.

Here’s a few photos of the game… 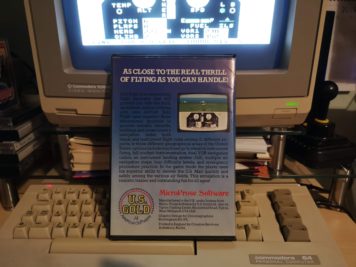 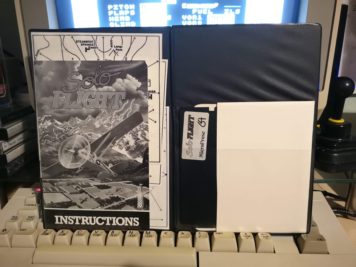 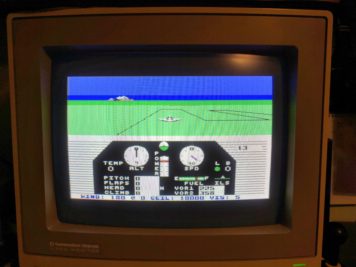 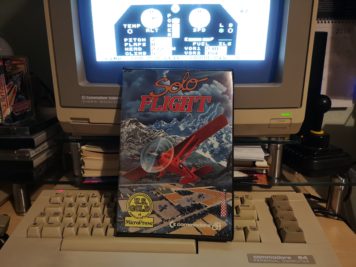 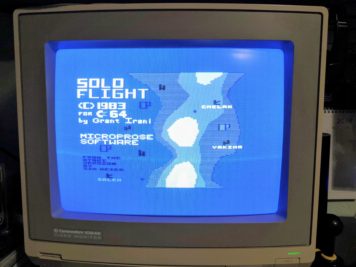