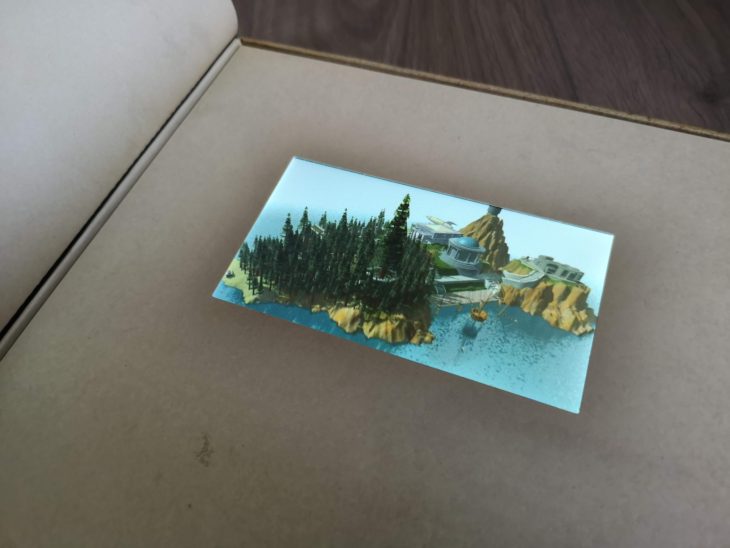 It’s finally here, about 8 months after backing this on Kickstarter – the awesome Myst 25th Anniversary Collection animated linking book! I received the digital GOG versions of the remastered games quite some time ago and the physical DVD’s just a few weeks ago. However the linking book is what I’ve really been waiting for and it finally arrived in the post today! 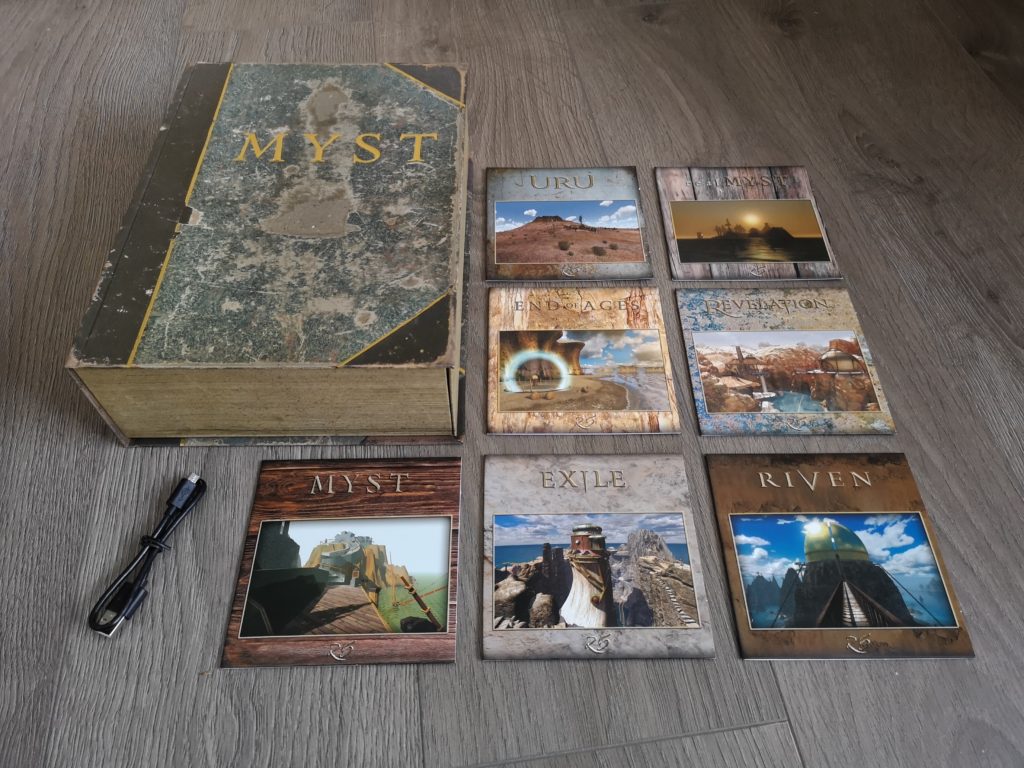 It’s turned out to be a lovely collectors item, just liked I’d hoped for. It really does look like a well worn antique book with the way they’ve finished it with faux cracks and worn out fabric and gilding. The linking part is something that only a video can do justice to though so here it is!

When you open it you get a fantastic fly-past of the game world along with the theme music. The image is crisp, sharp and vivid and the screen beautifully hidden behind the page. This video plays automatically so presumably there is a hidden magnetic switch somewhere that is triggered when you lift the cover.

Along the bottom and side there are magnetic flaps that open up to reveal three hidden drawers. There’s a long shallow draw that runs the full length of the spine which I assume could be used to store the pen if you purchased it (I didn’t). There are also two big drawers which open out on the right. The upper one houses the seven game DVD’s and the other is empty on mine but would probably have stored the inkwell had I been able to afford to add that to my pledge. 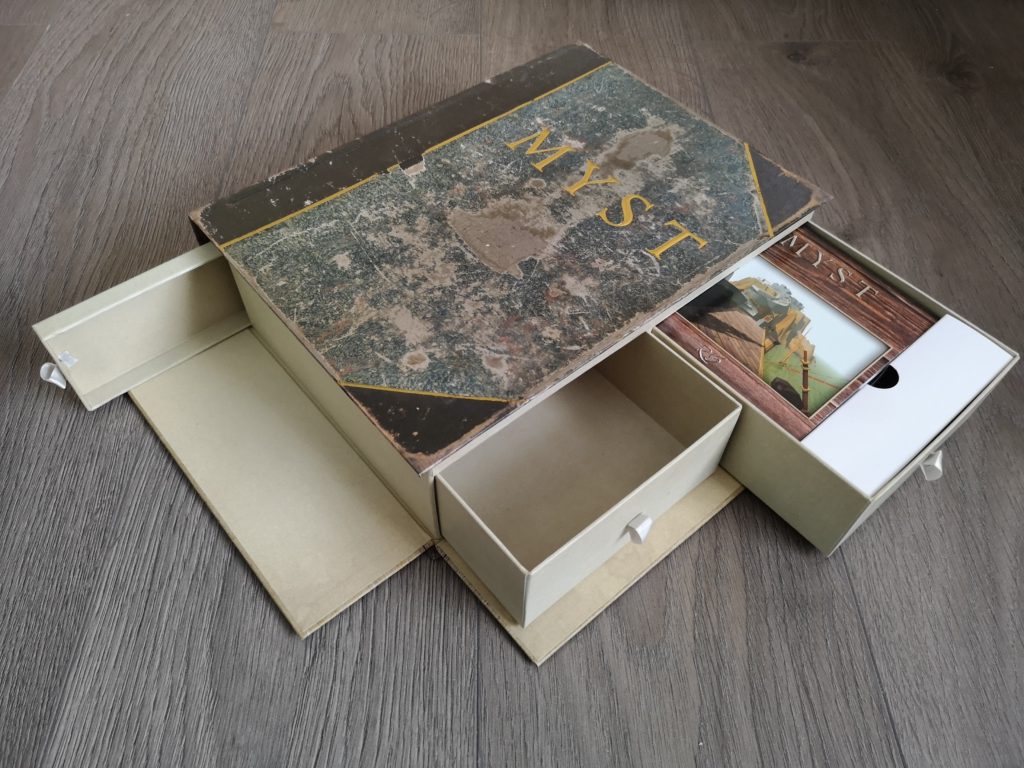 Cleverly hidden away from plain sight under the little ‘stains’ and ‘marks’ on the linking screen page are a number of control buttons. These let you control the volume and allow you to switch to another video from a different game should you wish to. There’s also a button that will pause playback. 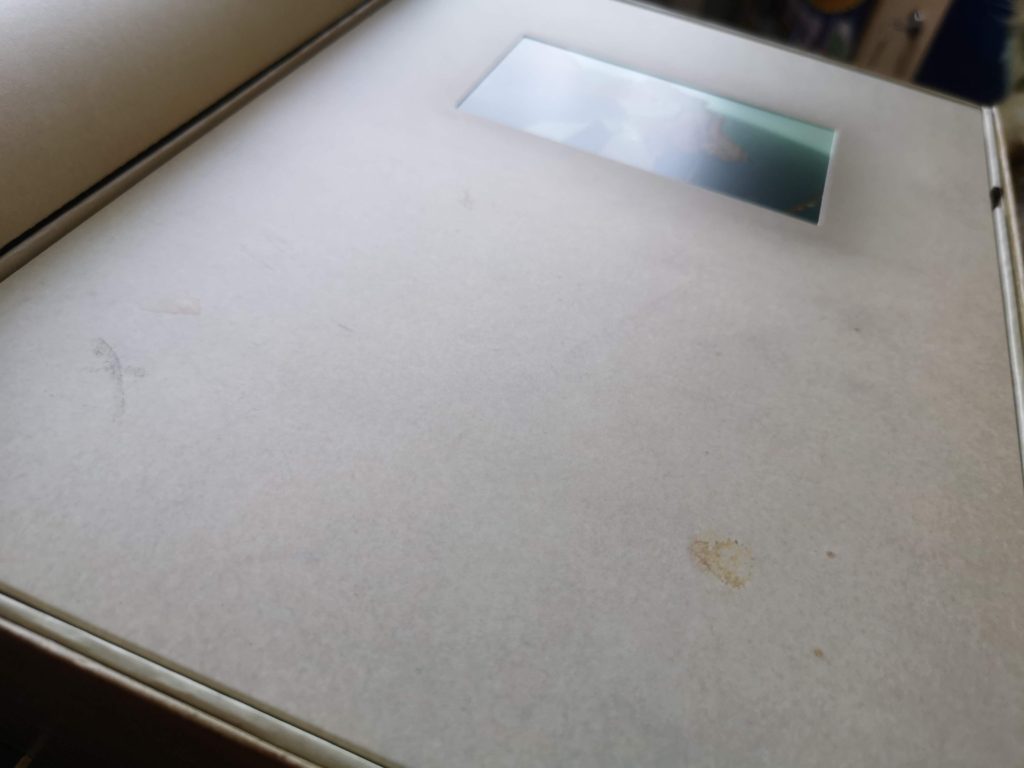 A tiny micro USB port hidden under the large flap can be used to charge up the battery for the LCD screen that’s hidden inside. Plug it into a PC and you’ll discover that the book actually has around 500MB of storage on board, most of which is used. There’s 4 folders on the device. One is used to store the actual video that plays when you open the book. The second is full of videos from the various games for you to swap in and out of the ‘play’ folder. A third folder contains a number of game screenshots and box art while the fourth is basically empty besides a readme that suggests you can store your own files in it. There’s also a handy link to re-download the video files should you ever need to. 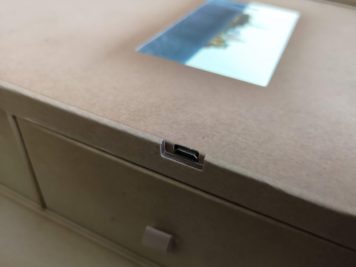 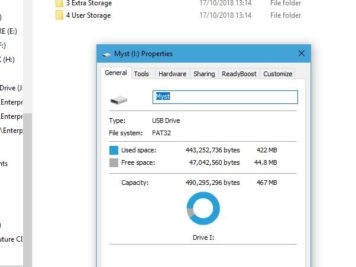 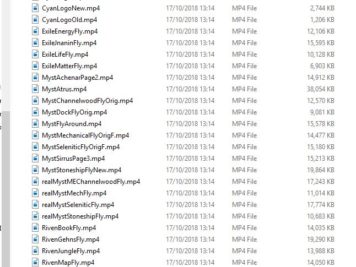 Anyway I’m delighted with the finished product and will proudly display this on my gaming shelves for years to come.  I am a little disappointed that I couldn’t get the inkwell but it was around £80 extra and I had to draw a line somewhere!

Here’s a selection of photos from various angles showing the book and screen in more detail. 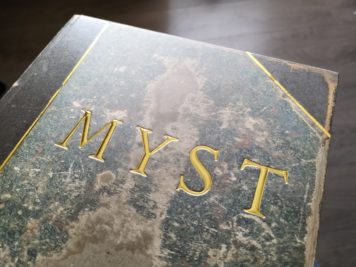 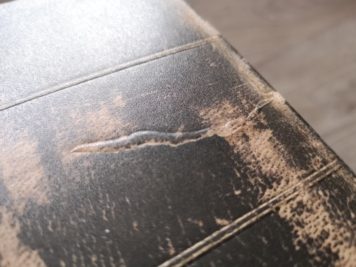 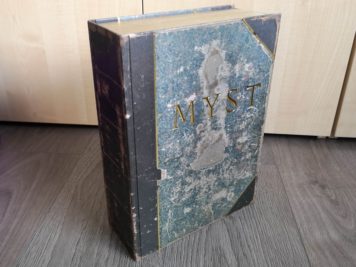 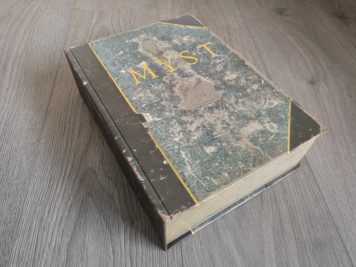 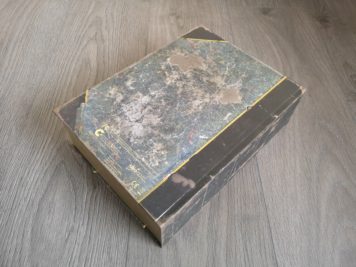 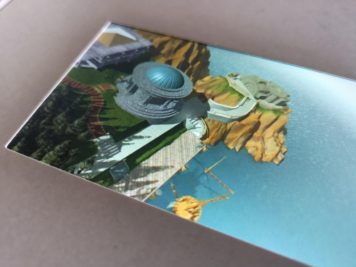 Close-up of the linking screen