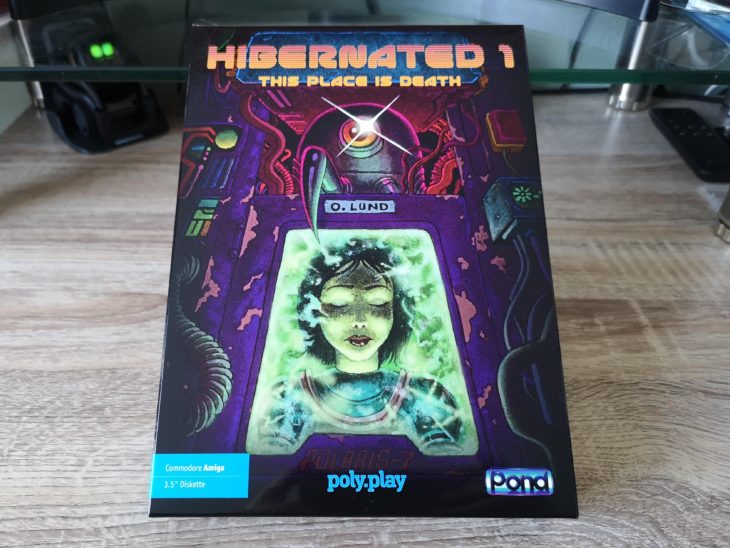 Been waiting for this particular game to arrive for what feels like an eternity after having pre-ordered it last year. As of today that wait is finally over! Hibernated 1 – This Place is Death is now on my desk waiting to be played! 🙂

This isn’t a review as I’ve not had time to play the game yet, just a look at the physical edition and what’s inside it. Hopefully once I’ve completed it (always the optimist) I’ll write one.! 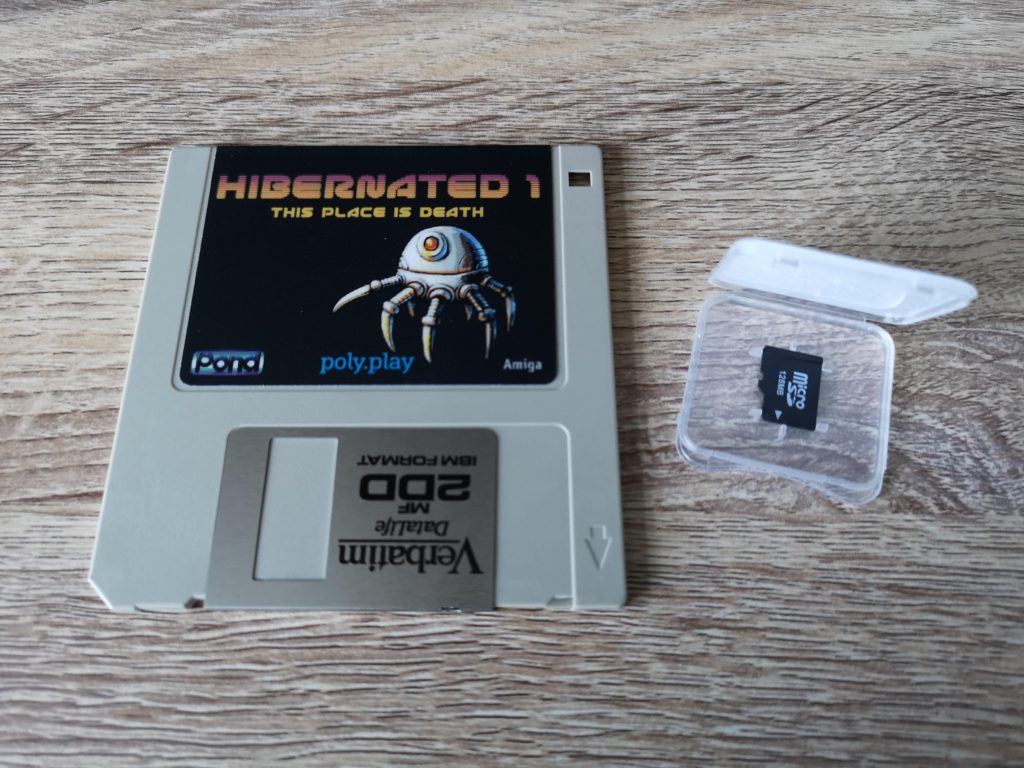 I deliberated over whether to get the game on the Commodore 64 or Amiga for a while before ordering. In the end the Amiga won out due to it being able to display a greater number of characters per screen row. Given this is a text adventure I thought that was the most important consideration. However the beauty of this release is that although I chose the Amiga, this only affects the physical media the game ships with. On the MicroSD card are digital versions of ALL of the supported formats, including the Commodore 64. The other formats on the card are; Atari ST, Amstrad CPC, Spectrum and IBM PC along with some bonus stuff like concept art.

An extra bonus is that a digital copy of the spin-off game, ‘Eight Feet Under’ is included – you can download it from itch.io and again you have the same choice of formats as above. You can also choose to get Hibernated 1 digitally if you like, it’s available here and you can name your own price. 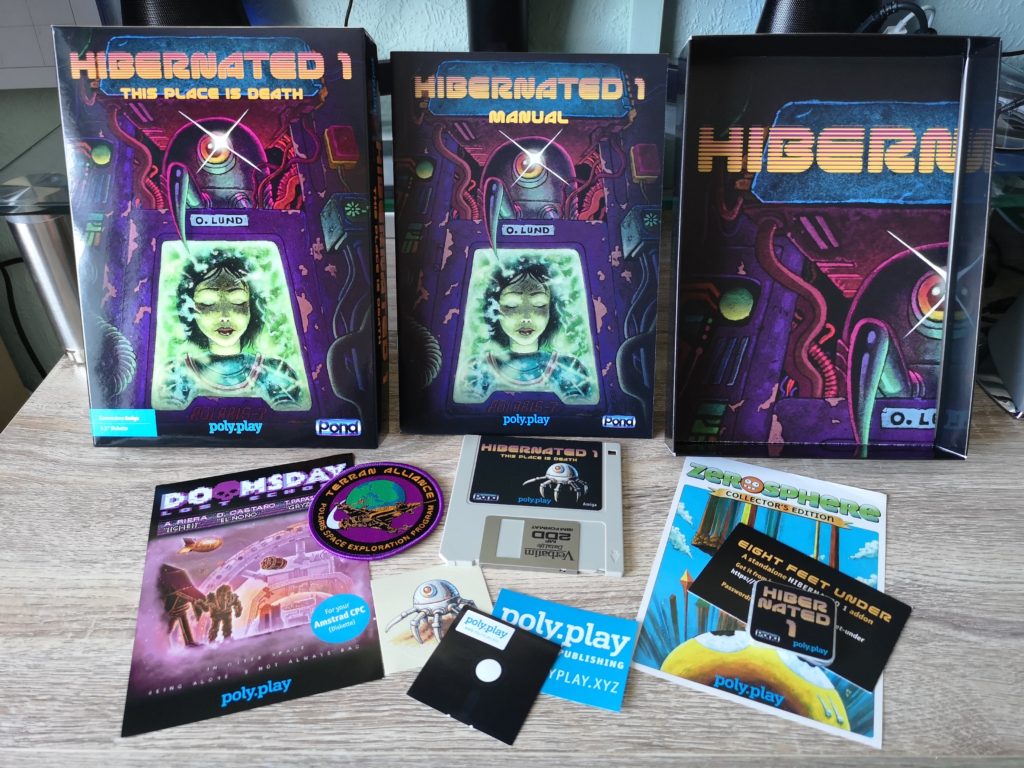 A look at what’s inside the box

Inside the box there are plenty of goodies to enjoy, here’s a quick rundown:

Here’a quick look at the loading screen and the opening screen to the game. 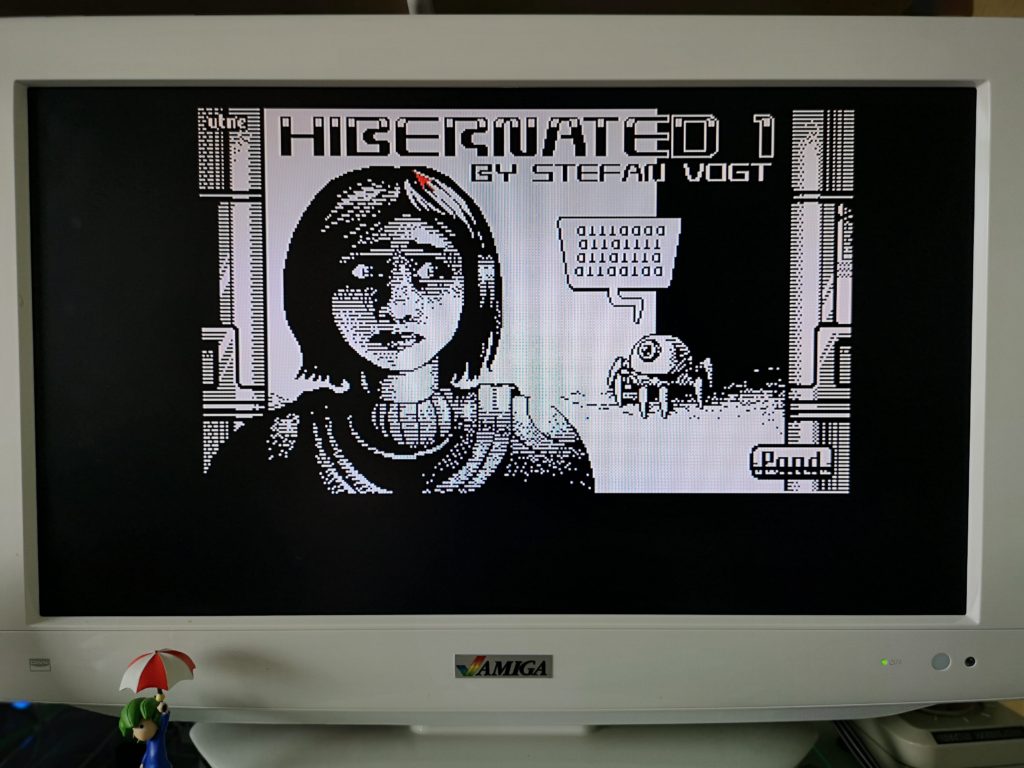 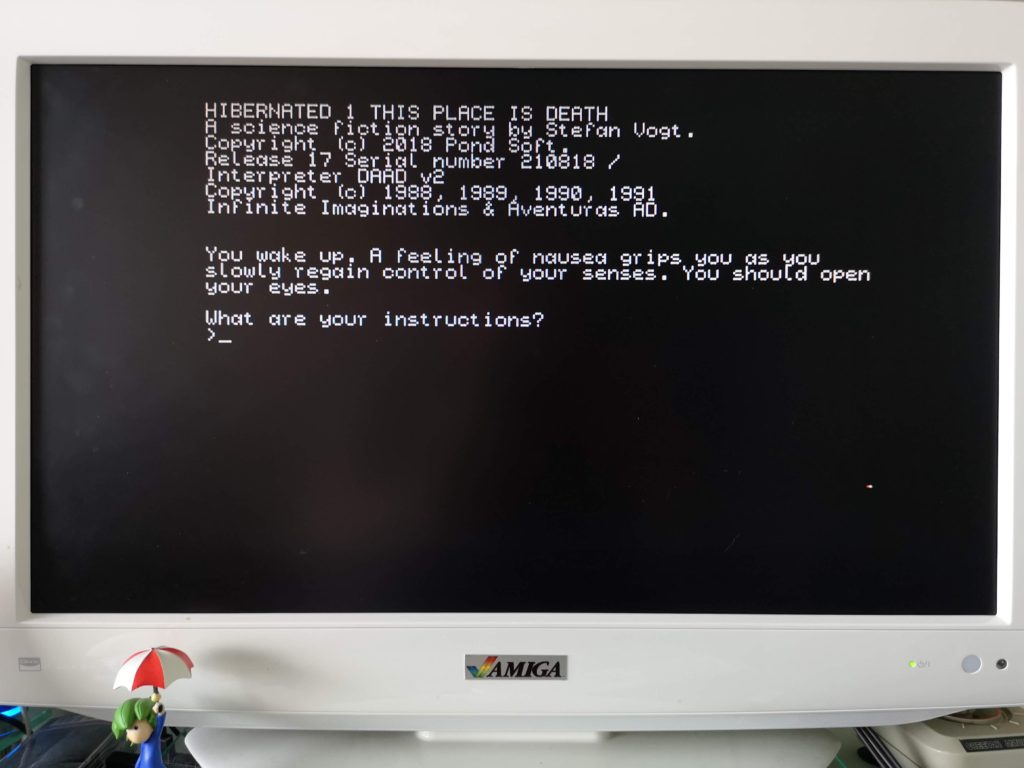