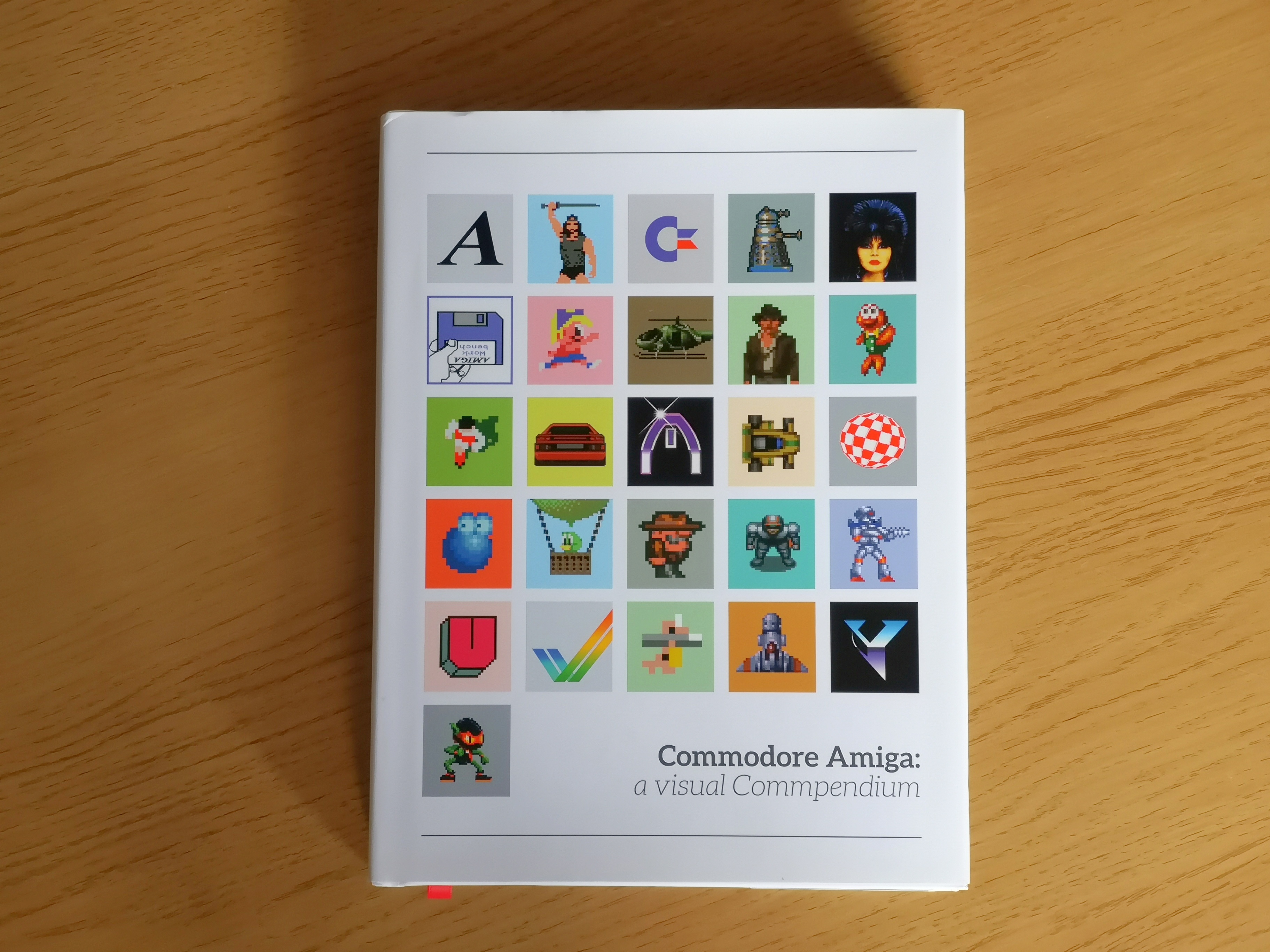 Probably a bit late to the party with this one as it has been out a while but I spotted this on Amazon a while back and just couldn’t resist ordering it. Published by Bitmap Books, ‘[amazon_textlink asin=’0993012914′ text=’The Commodore Amiga – A Visual Compendium’ template=’ProductLink’ store=’lyonsden-21′ marketplace=’UK’ link_id=’db50ba6b-fdec-11e8-a6db-3950523468af’]’ is just that. Every page features a lavish illustration of something from the Amiga’s history. There are screenshots of games, game artwork, hardware and more. It is presented in a lovely zoomed-in pixel art type of aesthetic which works really well for the subject matter. 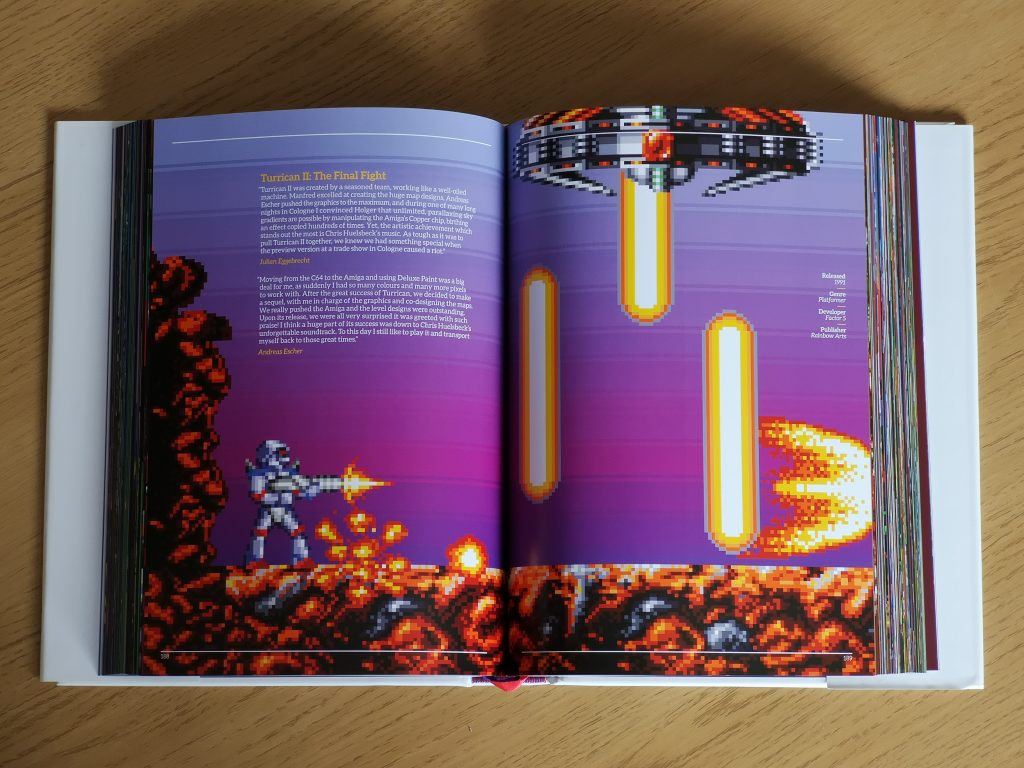 Every single page (and there are over 400 of them) is packed with nostalgia. I can pretty much guarantee that you will be transported back to the late 80’s or early 90’s in no time – I definitely was! 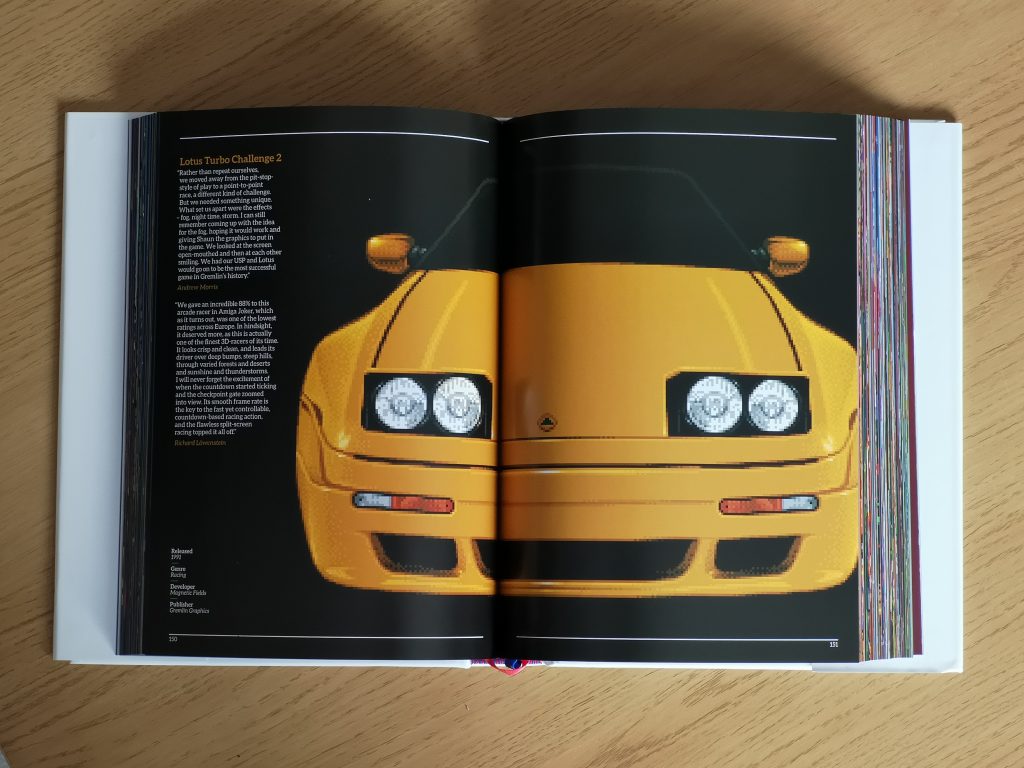 Lotus 2, one of my favourite games of all time on the Amiga!

If you were into the Amiga scene back in the day then I can’t recommend this book highly enough. It’s a cracking trip down memory lane and a great source of inspiration if you’re looking to expand your Amiga game collection. 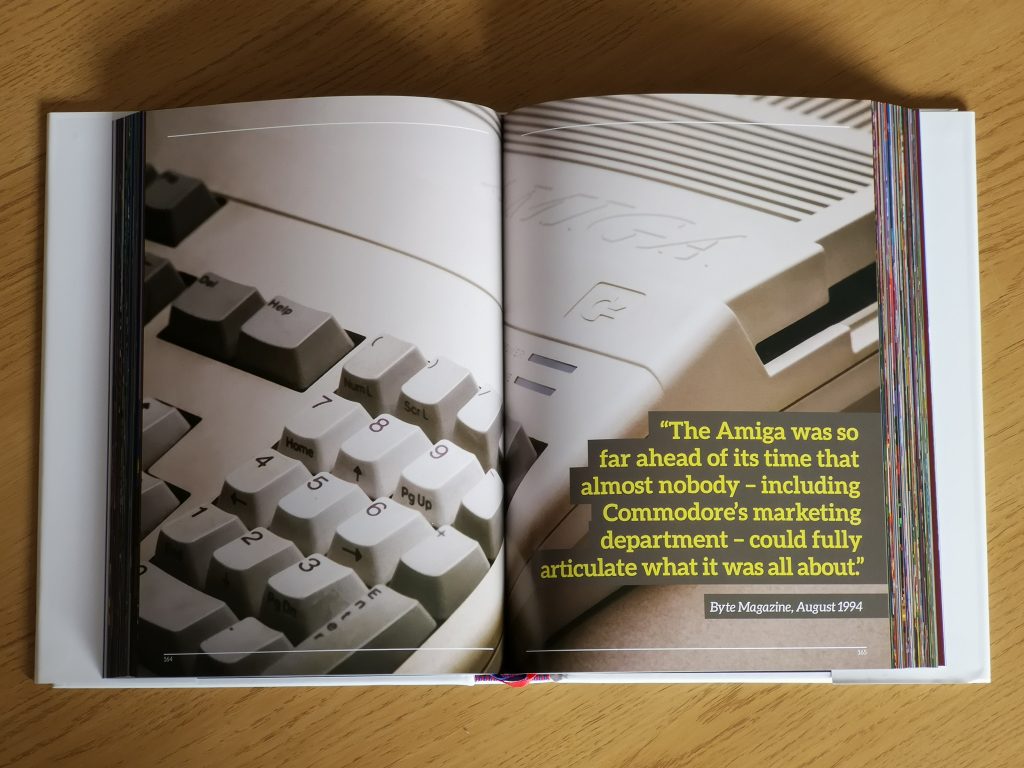 I purchased the hardback edition but there is a cheaper paperback version too. I’m actually not sure if the hardback version is still available now to be honest. Its definitely a book that you need to own physically – it just wouldn’t really work as an ebook. 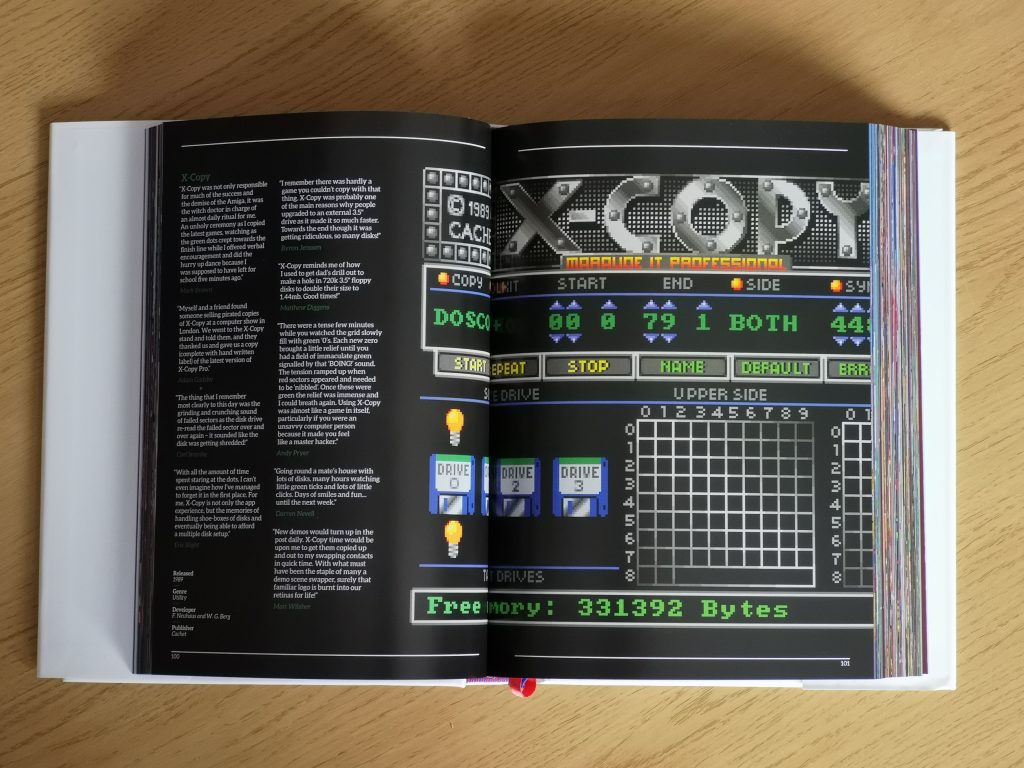 Unfortunately (kids eh?) this was probably the most used bit of software I had!

It incorporates a couple of very useful ribbon style bookmarks in the spine and a matching paper jacket to protect the hardback cover underneath. If you are interested in finding out more about ‘Commodore Amiga – A Visual Compendium’ you can have a look on Amazon [amazon_textlink asin=’0993012914′ text=’here’ template=’ProductLink’ store=’lyonsden-21′ marketplace=’UK’ link_id=’f9479fe1-fdec-11e8-82b0-e3b24d53667d’]. There is also a Commodore 64 version which I intend to get too! 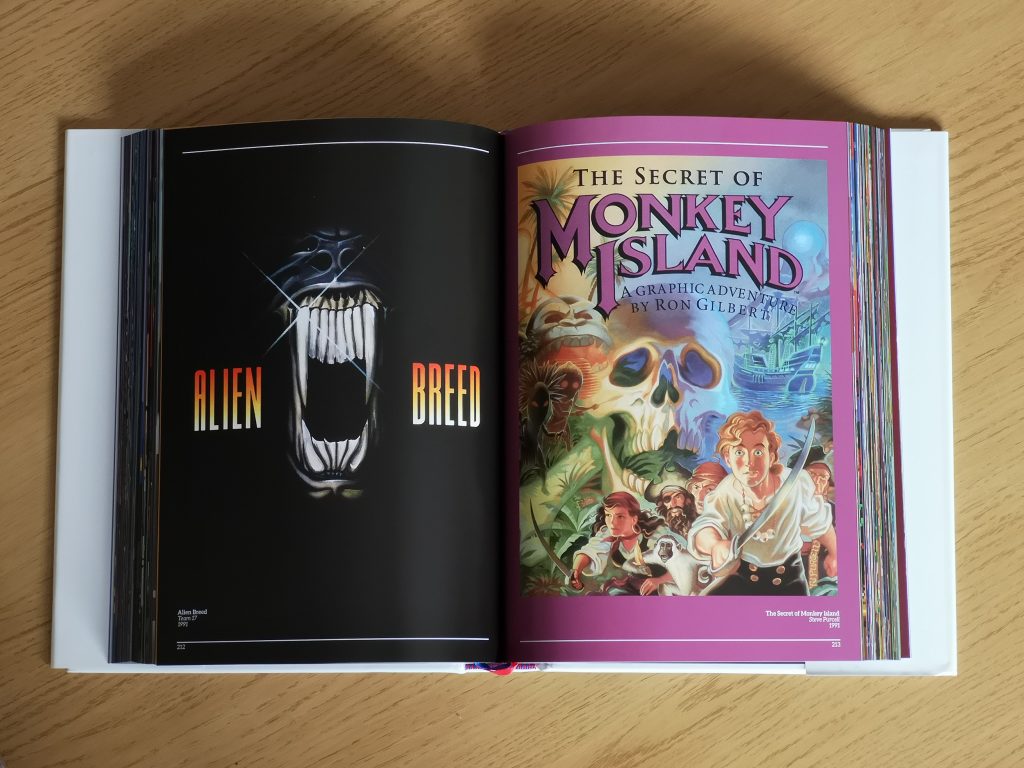