Brand new Amiga A500 cases being manufactured in 2018 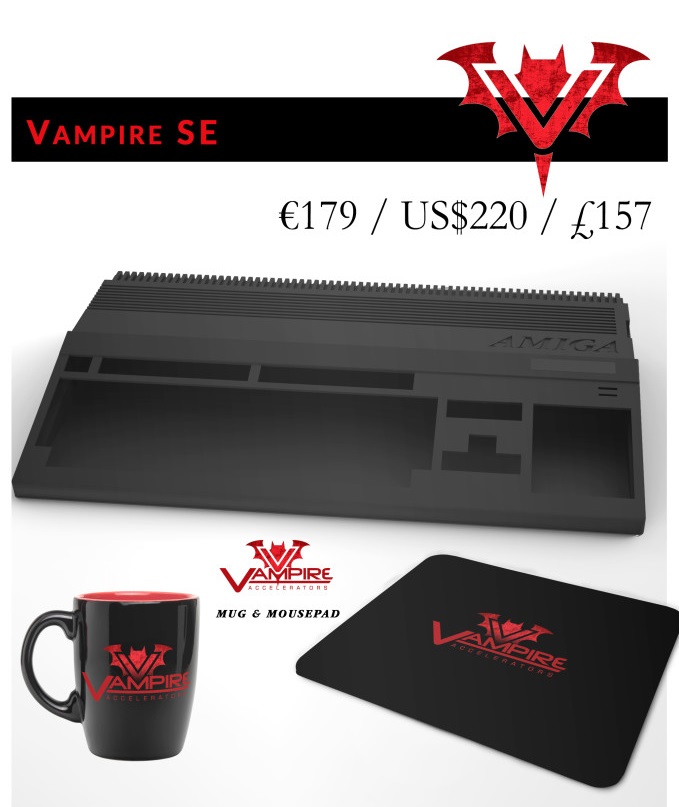 Just discovered an interesting Amiga 500 Indigogo Project that has launched. The team behind the project are aiming to manufacture a batch of brand new A500 cases that will replicate the exact design and quality of the original whilst also adding some fantastic new features and options never previously available. The most obvious new feature is that the cases come in a variety of colours, white, black, translucent and ‘original A500’. Much more interesting though, especially to owners of the Vampire series of accelerator cards like myself, is that they are integrating support for these cards right into the case itself! There is going to be an expansion bay over by the floppy drive which will facilitate the fitment of an HDMI port, SD card slot, Ethernet Port and USB port. All without any cutting of the case. (kind of ironic given I have just butchered my A500 case to achieve the same end!) 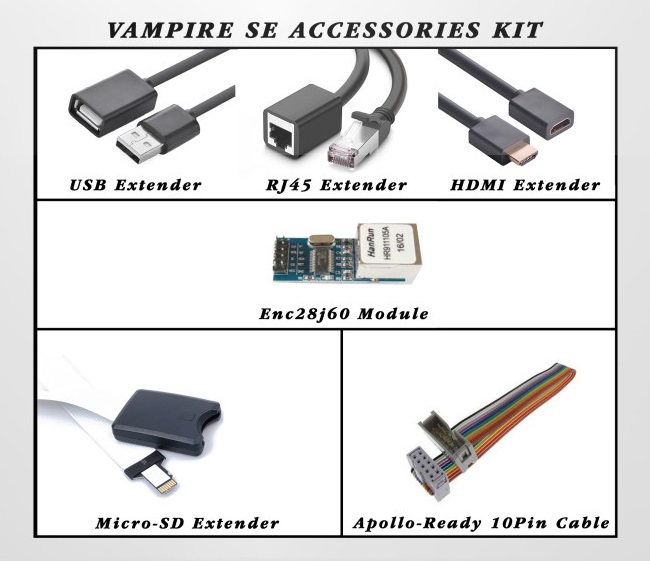 The extra Accessories available to integrate with your Vampire card

If you have any plans to buy the stand-alone V4 Vampire (when it becomes available) they even include a chassis for that too. Another nice feature is that they will include a trapdoor cover with built-in ventilation slots – a very welcome addition to get some extra cooling for the Vampire chips. Last but not least they plan to offer set of replacement keycaps so we can replace those tired and yellowed 30 year old keys for some shiny new ones.

The guys behind this have already successfully produced a range of well received replacement cases for the Amiga A1200 range of computers so I feel pretty certain they both know what they are doing and that they can deliver on the promise. I’ve already personally backed this project and look forward to getting my Vampire SE case in April 2019!

Find out about the project here: https://www.indiegogo.com/projects/new-compatible-case-for-amiga-500-plus#/