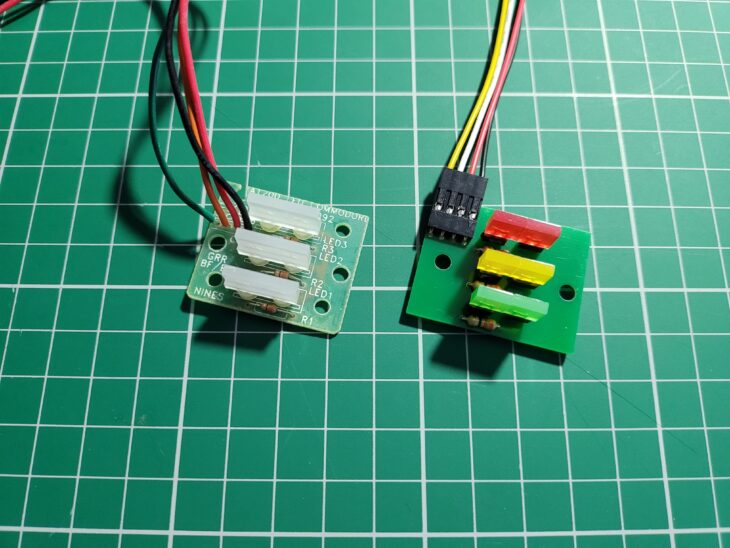 I recently spotted a neat little bit of hardware over on the AmigaKit website (they call it an ‘A1200 Triple LED Adapter’) that allows the user to change the colours of the Amiga 1200’s activity LED’s. A quick impulse purchase and a few weeks later the kit arrived, well packaged and protected in a zip-lock bag with a wad of foam to stop the LED’s from being damaged. 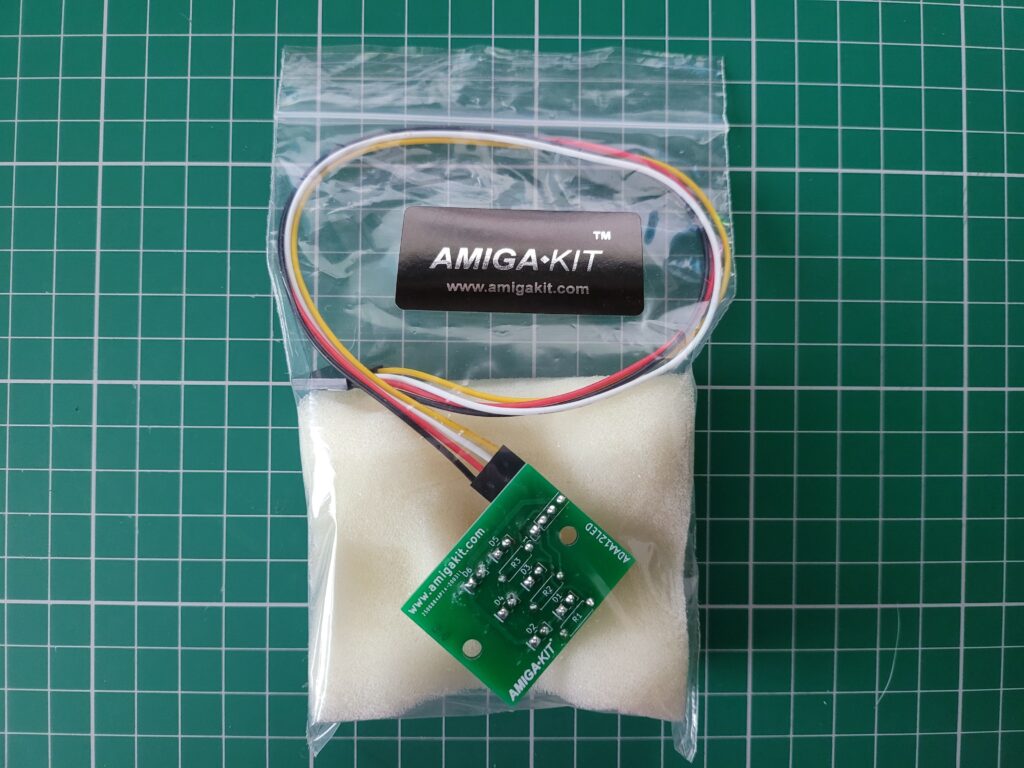 A Closer Look at the A1200 Triple LED Adapter

The adapter actually offers a number of small improvements over the Amiga 1200’s stock LED’s.  For a start the connector cable now incorporates a 4-pin plug that can easily be removed from the LED circuit board. This will be a real boon when opening up my A1200 in the future allowing the case lid to be removed easily without straining the soldered wire connections. 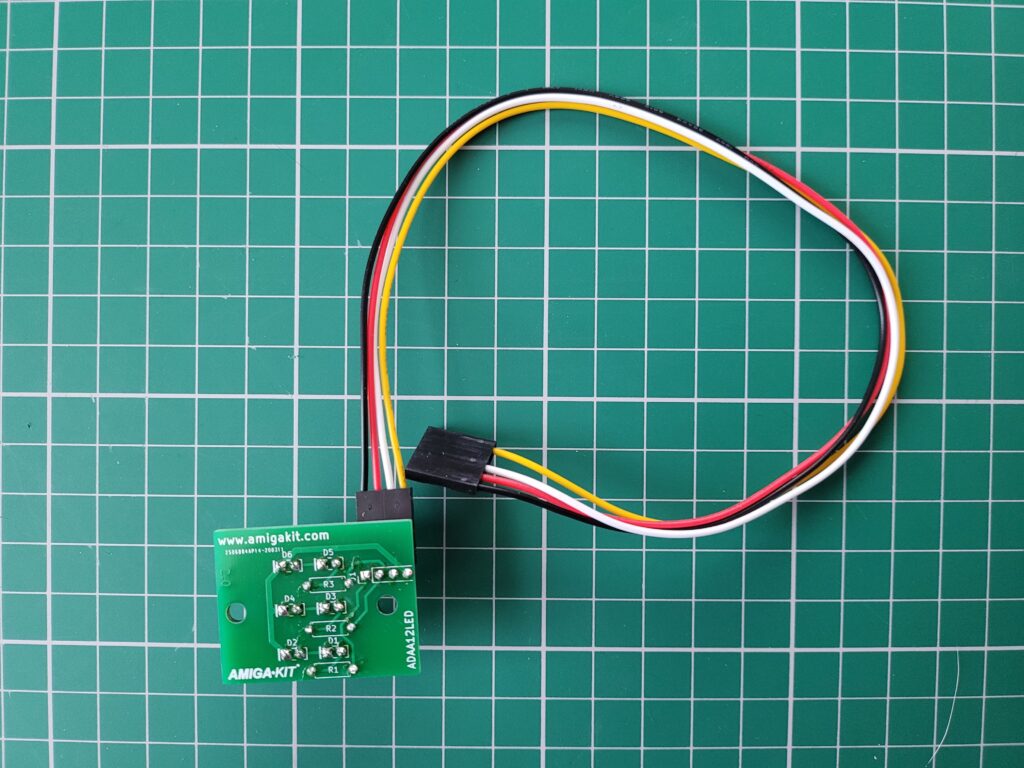 The biggest benefit though is that the LED’s are now removable and completely interchangeable. When selecting the kit on AmigaKit’s website you can pick what colour you want each LED to be. I chose Red, Amber and Green to represent HDD, FDD and Power activity respectively. They sell spare LED’s too in case you should need them in future which is good to know. 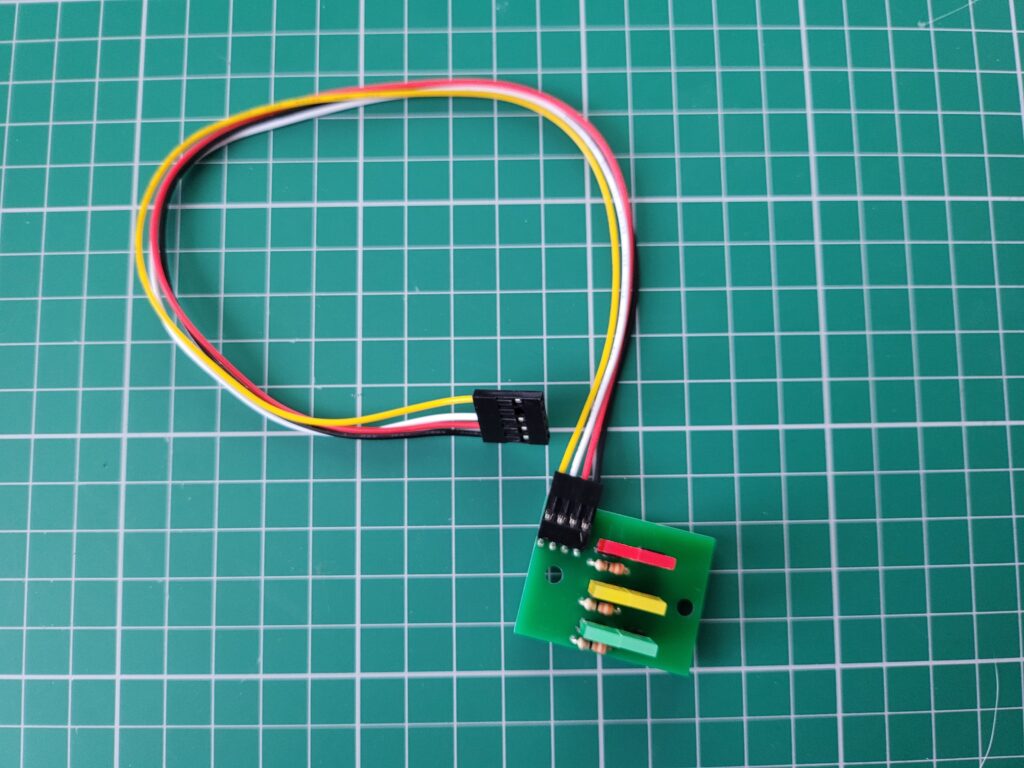 Here you can clearly see the 3 coloured LED’s.

The LED’s are all socketed and they can be removed by simply pulling on them gently so if you change your mind and want a yellow power LED – no problem! 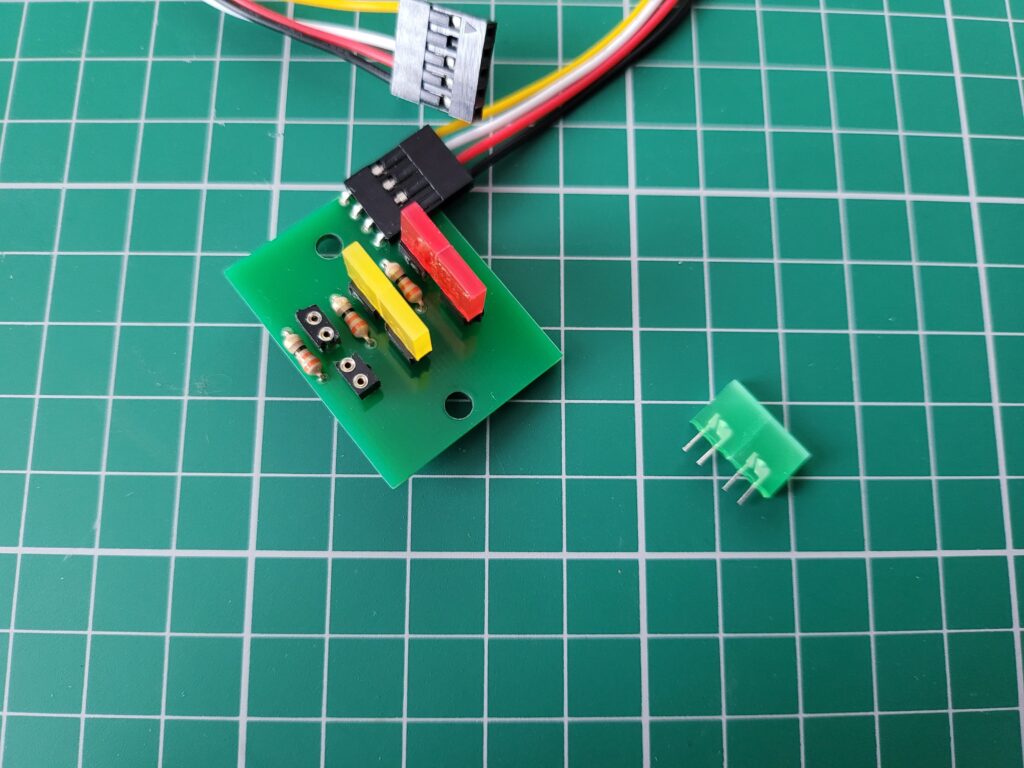 A1200 Triple LED Kit with one of the LED’s removed revealing empty socket.

In the photo below you can clearly see the difference in the LED’s. The original A1200 board features transparent LED’s that light up pale yellow/orange/green colours when powered. By contrast the new board has coloured LED’s that I think provide deeper and more pleasing colours when illuminated. 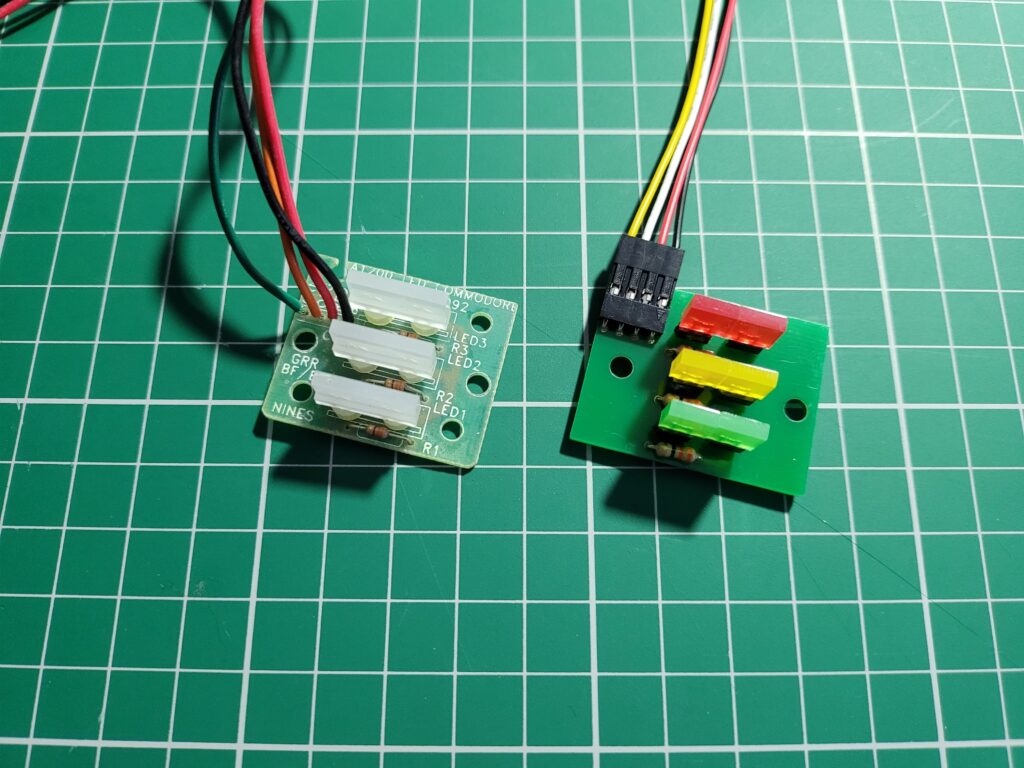 Original LED board on the left, new one on the right.

Fitting the new LED’s couldn’t be any simpler really. Start by removing the two phillips screws holding the old board to the case. Keep them safe as they will be needed to fix the new board in place shortly. 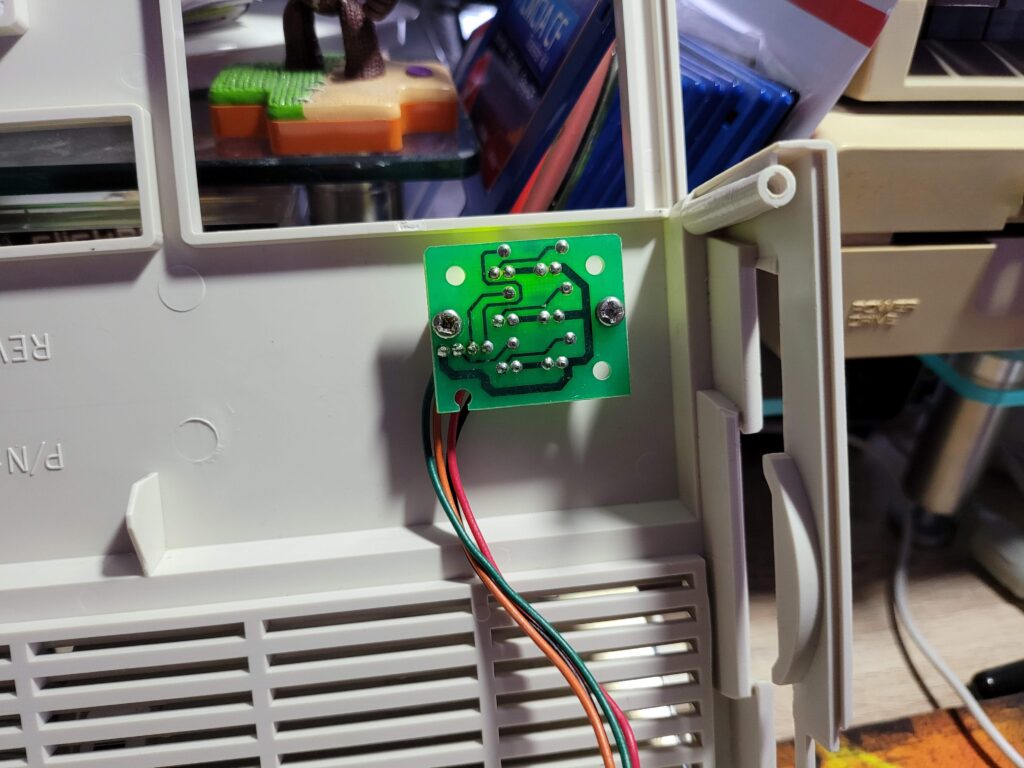 Original LED board attached to case with two Philips screws.

Unplug the power LED from the A1200’s mainboard. In the photo below it’s the lower (black) connector. The white connector is for the floppy drive. The old board can now be completely removed and stored away safely in case you ever want to put it back. 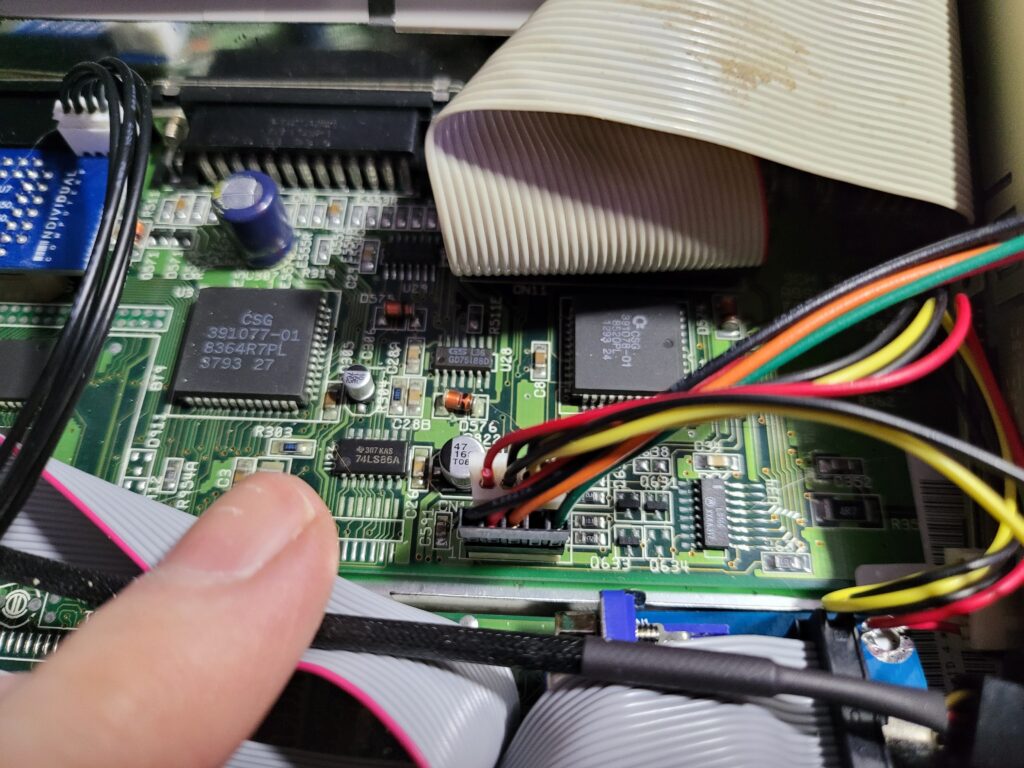 Amiga 1200 original LED power connector on mainboard (the lower of the two).

Fitting the new board is basically the same procedure in reverse. Start by connecting the power cable to the board. The colouring is slightly different with the new wiring but just make sure the black cable goes on the left (below photo). 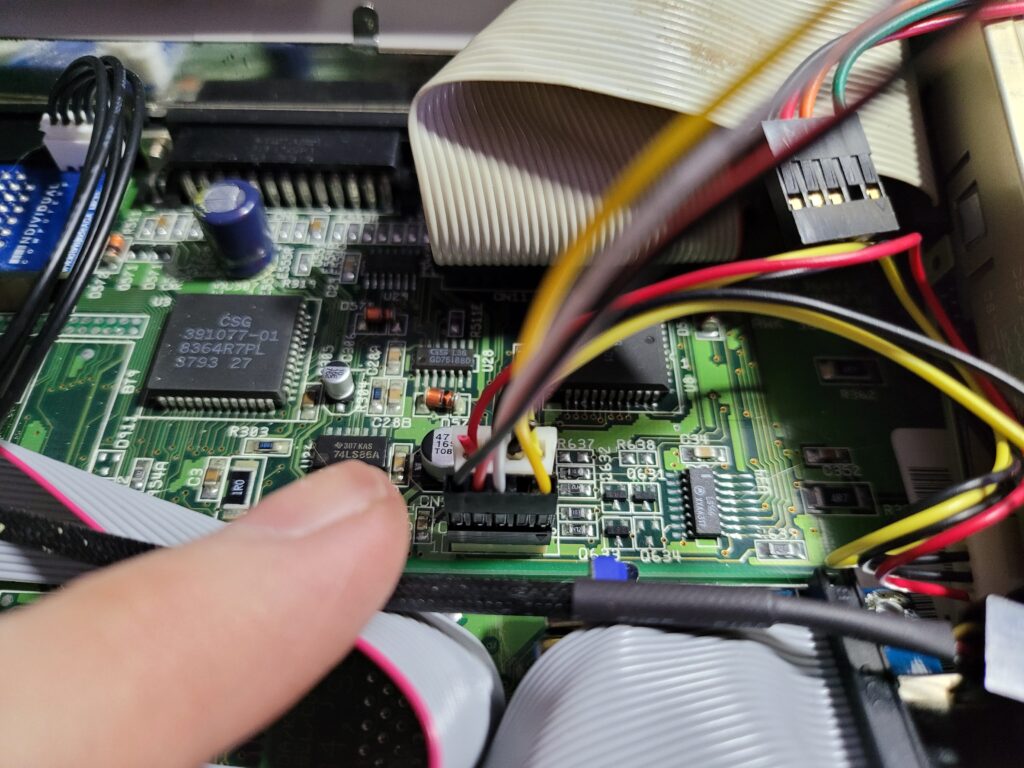 Amiga 1200 new LED power connector on mainboard (the lower of the two).

Before fitting the board to the case make sure you orient it correctly; the power cable connects to the top of the board. Don’t forget to thread the cable through the square hole in the metal keyboard frame too! 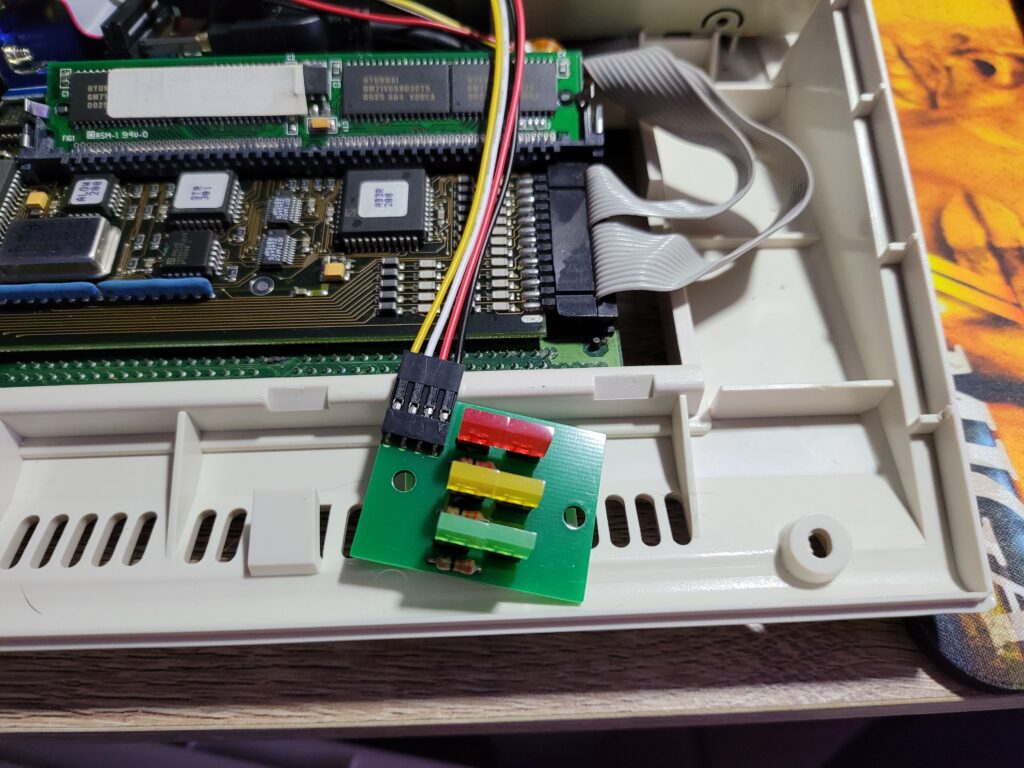 New triple LED adapter connected and ready to be attached.

Attach the board using the two phillips screws that you removed earlier. The correct board orientation can be seen in the photo below. 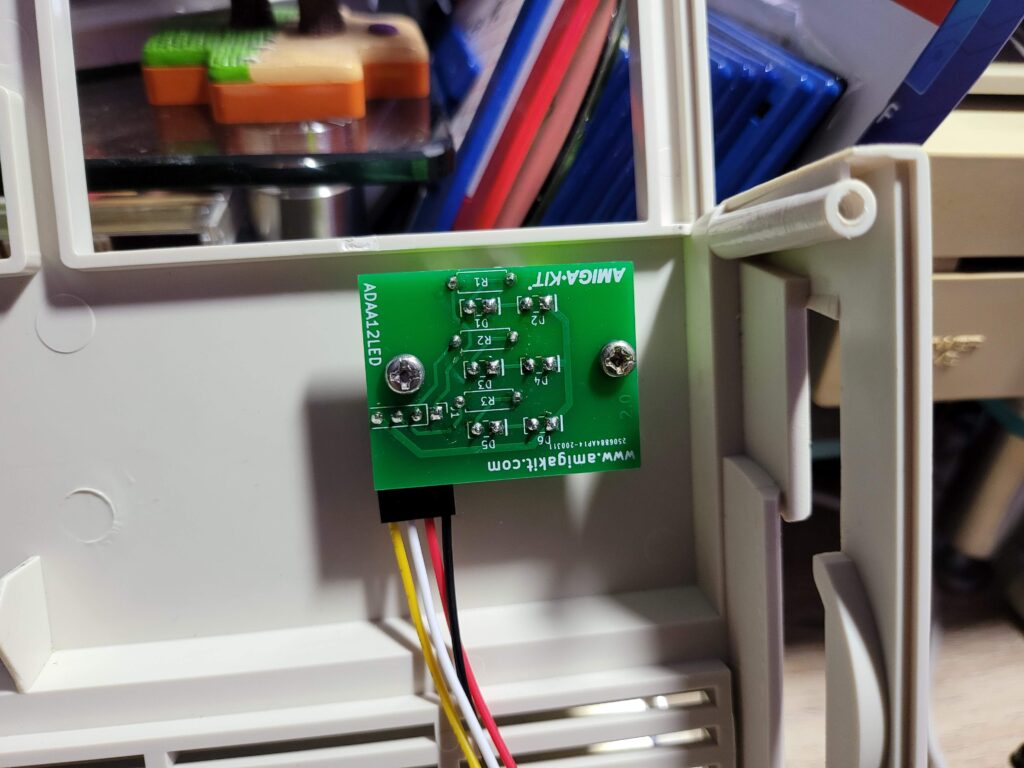 At this stage it might be worth a quick power up to check that the LED’s are working. Assuming all is good, carefully reassemble the case and the upgrade is complete. If not, check the connector is pushed all the way down onto the pins and that it’s oriented correctly.

I found the new LED’s to be ever so slightly narrower than the original ones so there’s a tiny gap left on either side of them. However it’s hardly noticeable, especially once they’re actually illuminated. 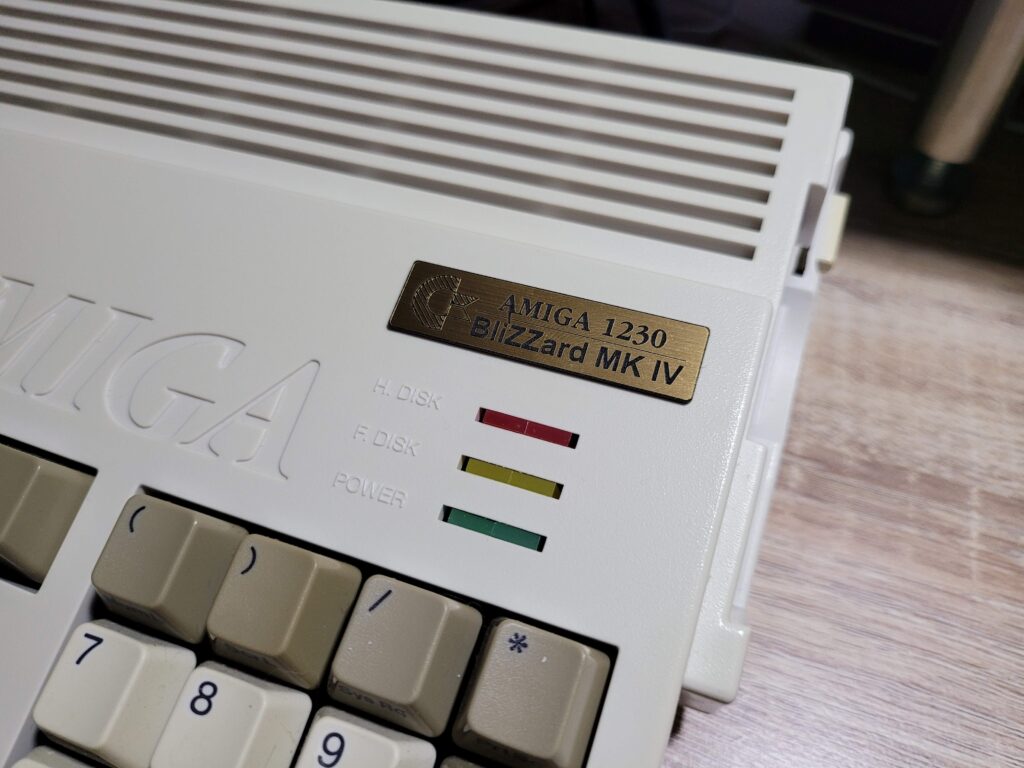 I recorded a quick video to demonstrate what the drive activity LED’s look like in use. I’m very happy with the results and would definitely recommend this kit to anyone that wants to spruce up their A1200 a bit.