Latest Retrokomp Issue 2 is now out 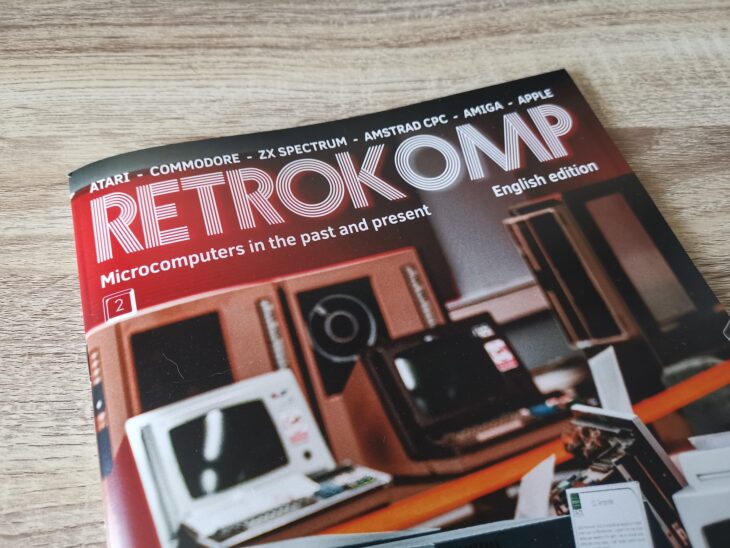 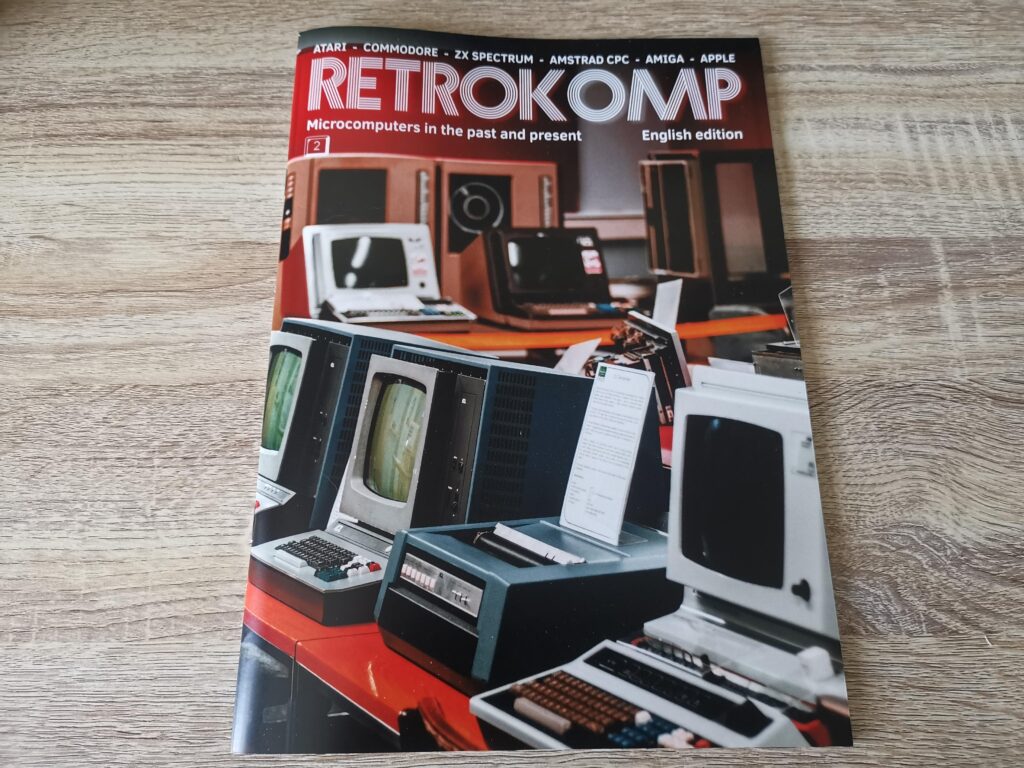 Once again there is plenty of content with a hefty count of 72 thick glossy pages and over a third of them devoted to Commodore machines. If you are interested in other machines besides Commodore then there’s even more on offer with the like of ZX Spectrum, Atari, Amstrad, Apple 2 and even old IBM PC’s covered. 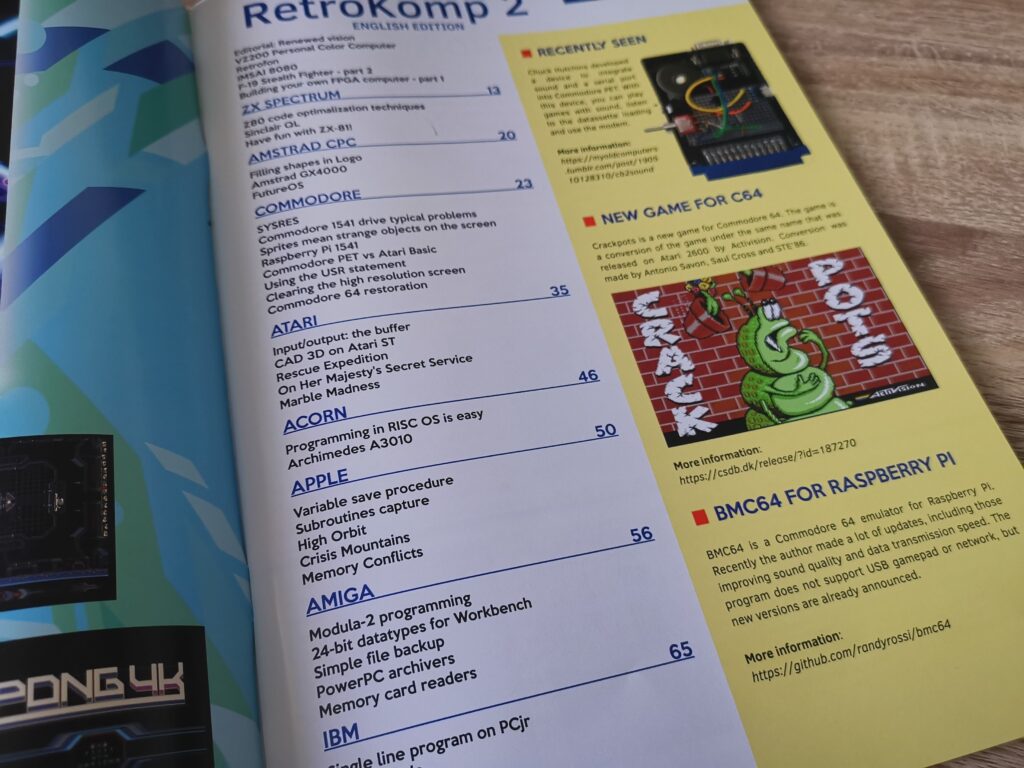 Contents of this issue

Here’s a few highlights of this issues contents. 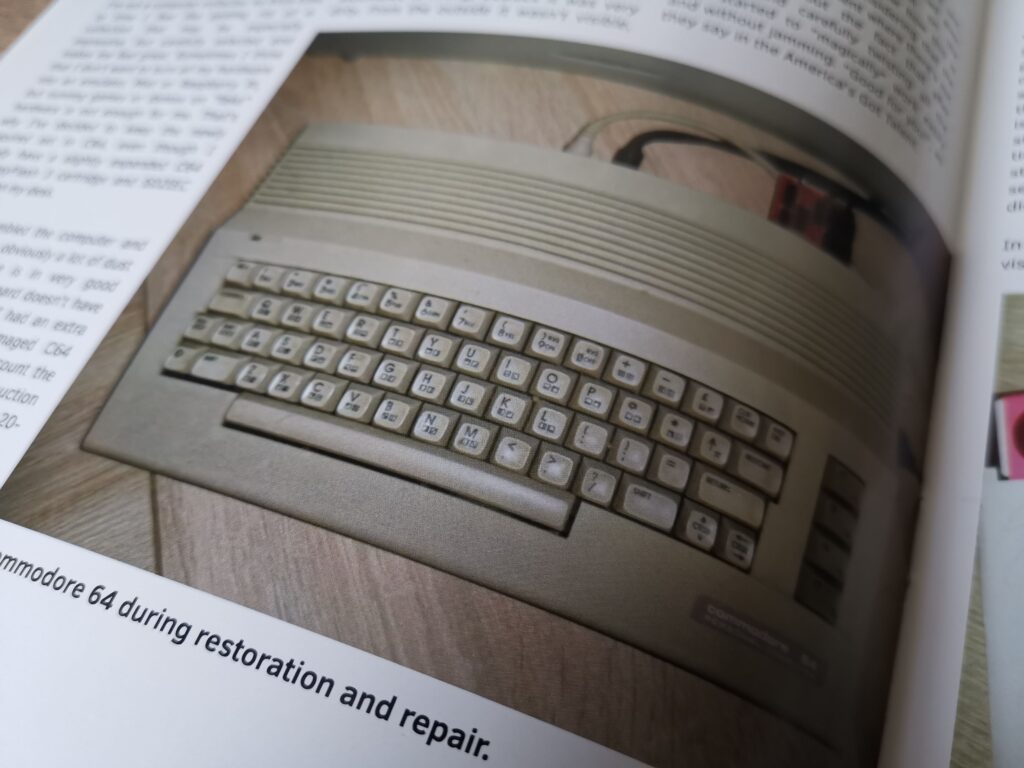 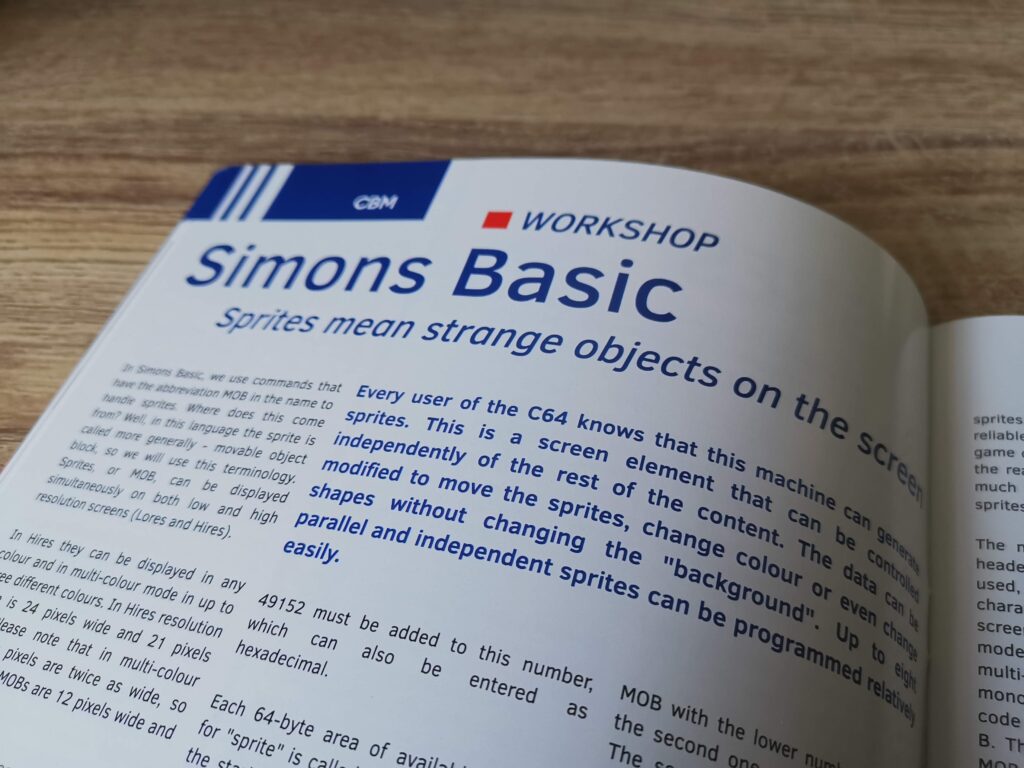 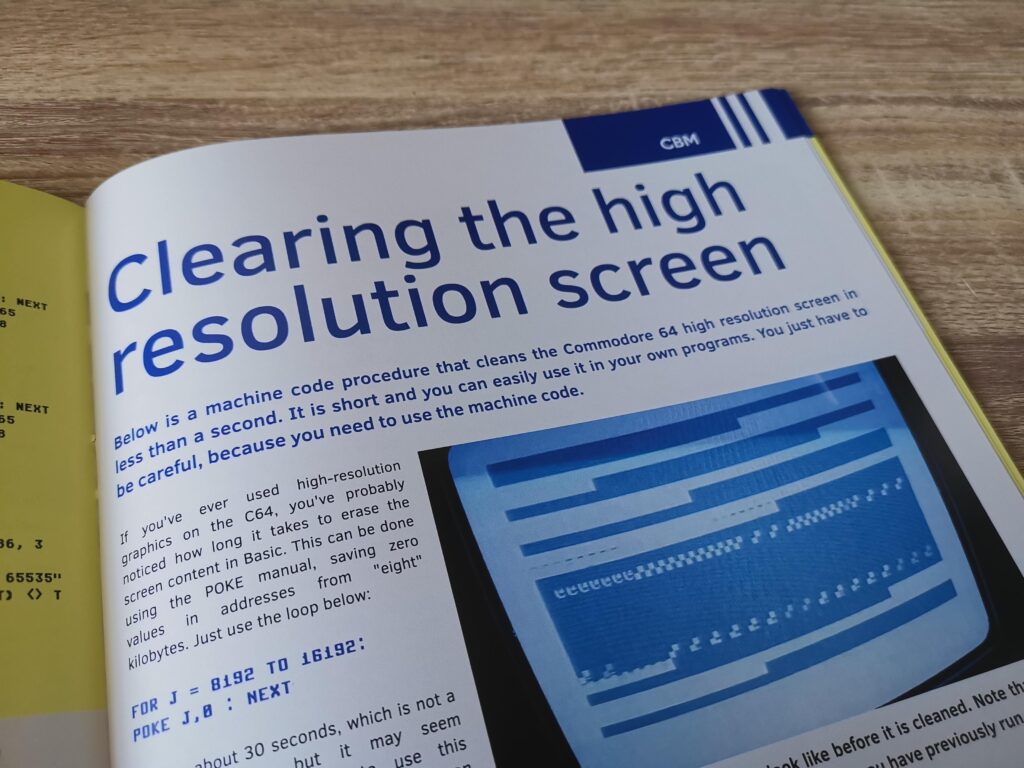 How to clear the Hi-Res screen on a C64. 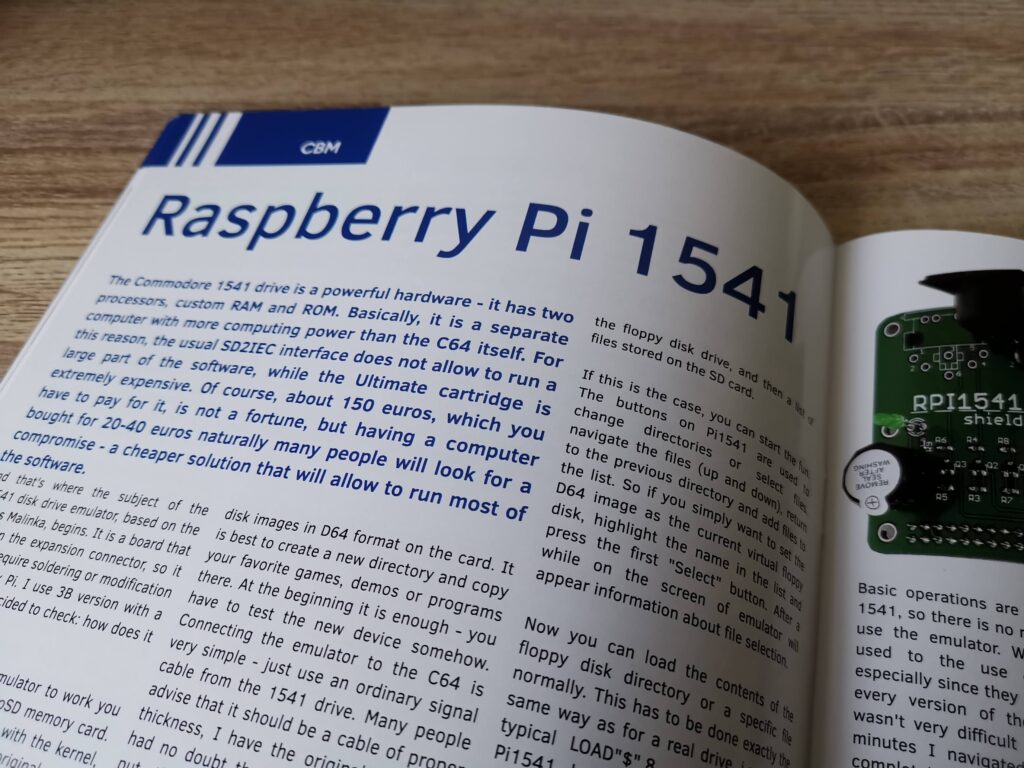 A look at the Pi1541 disk drive emulator. 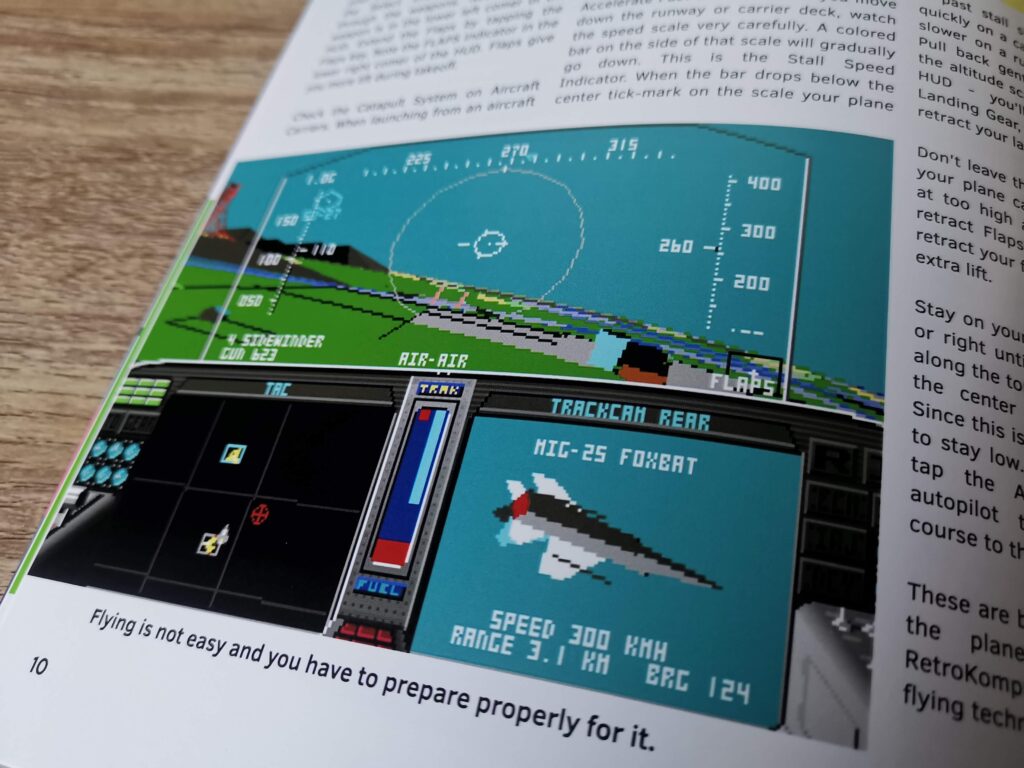 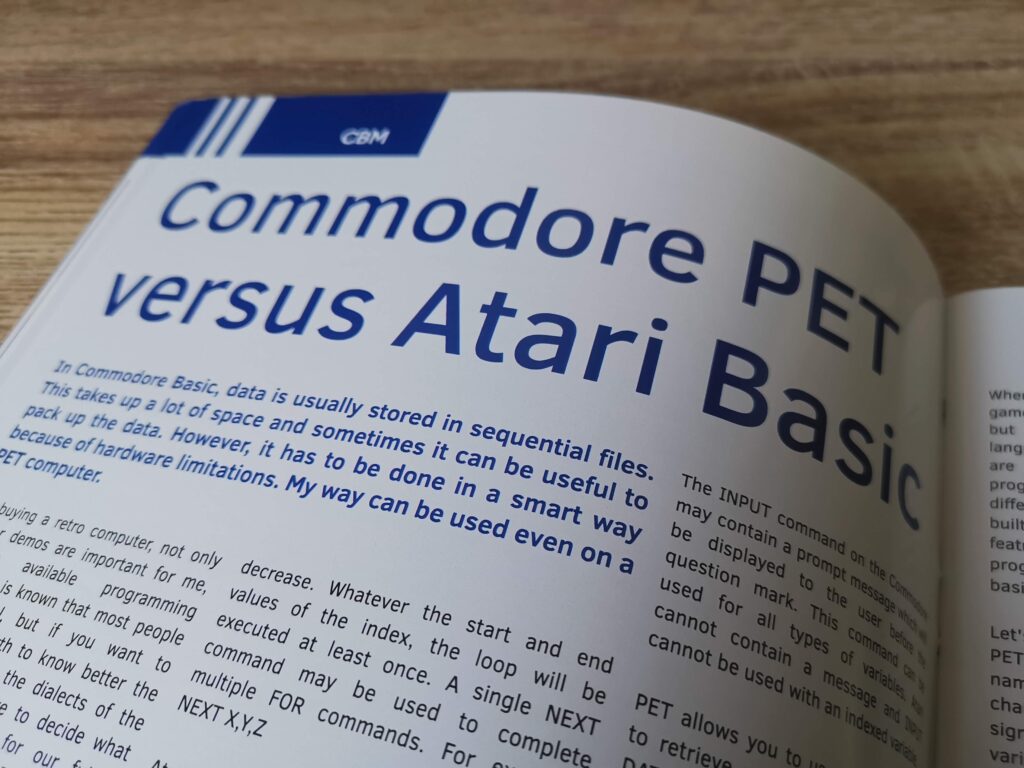 Comparison between Atari and CBM BASIC. 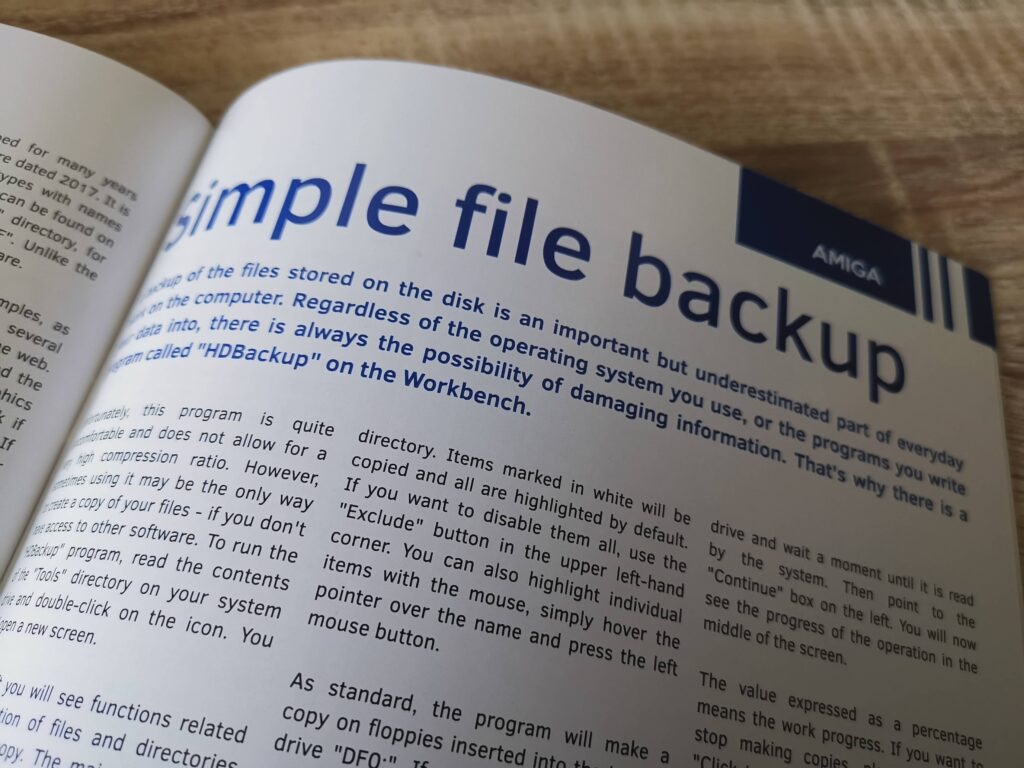 A look at file backup on the Amiga. 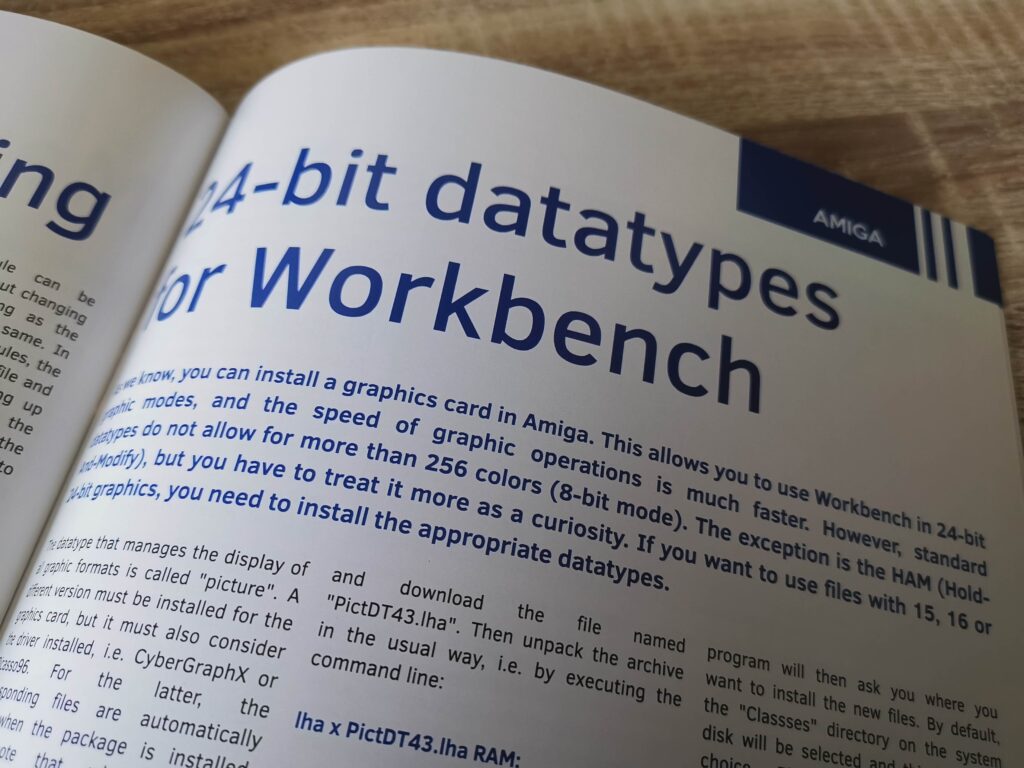 24-bit datatypes on the Amiga. 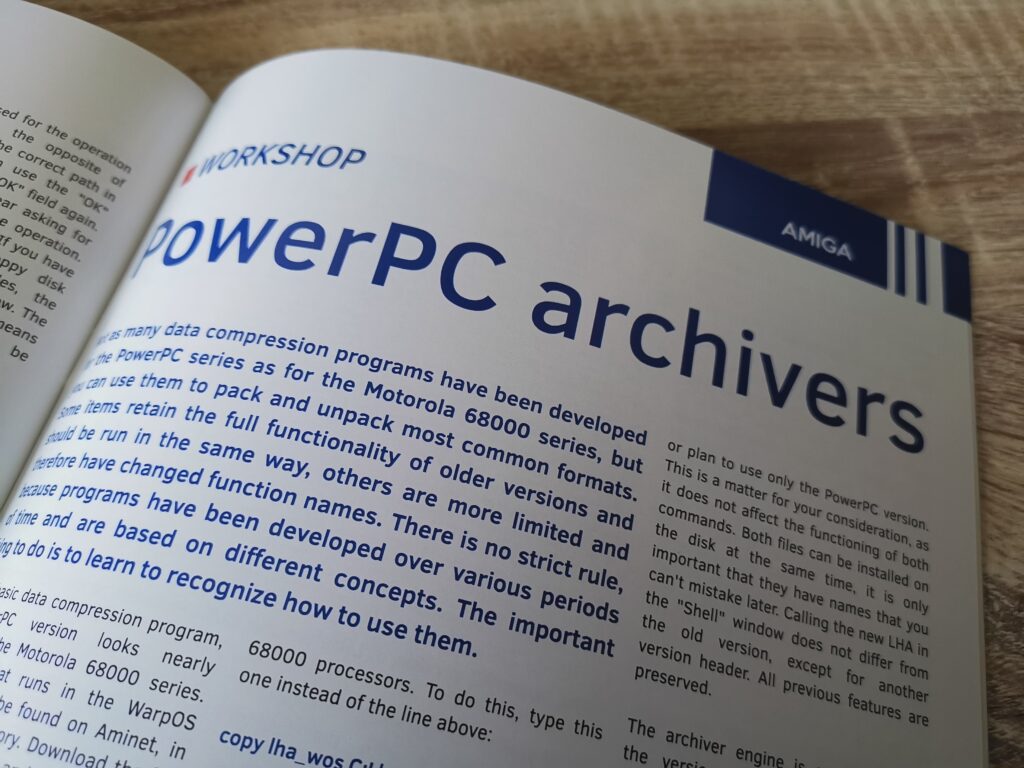 A look at archiving software for PowerPC equipped Amiga’s. 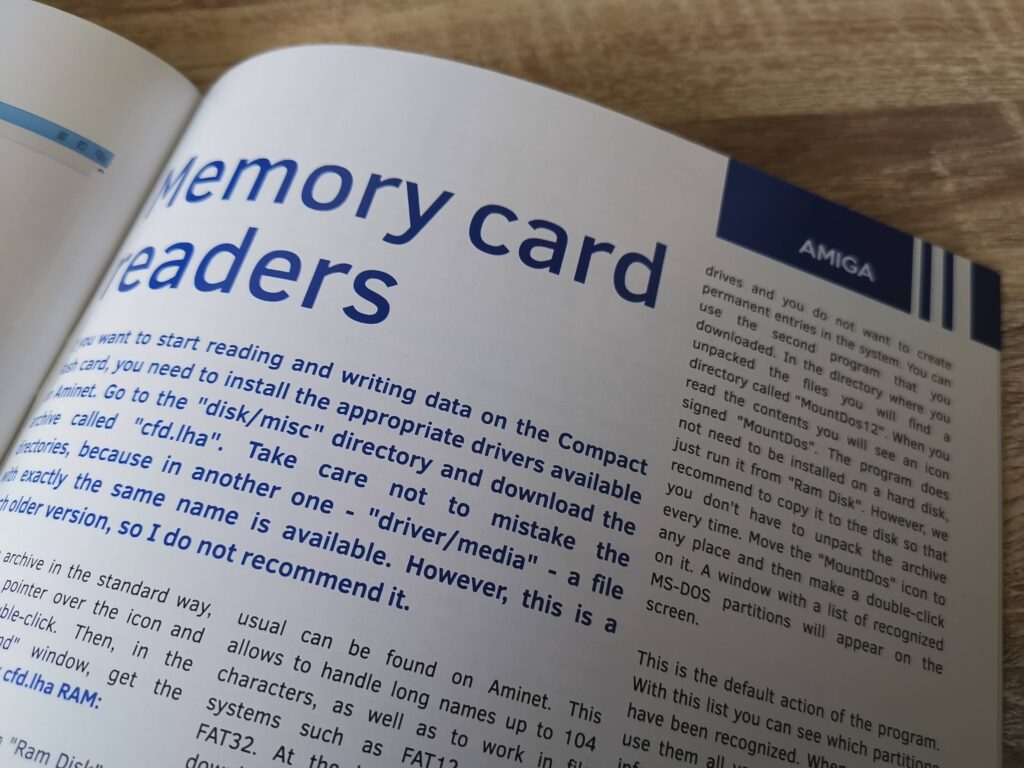 Card readers on the Amiga. 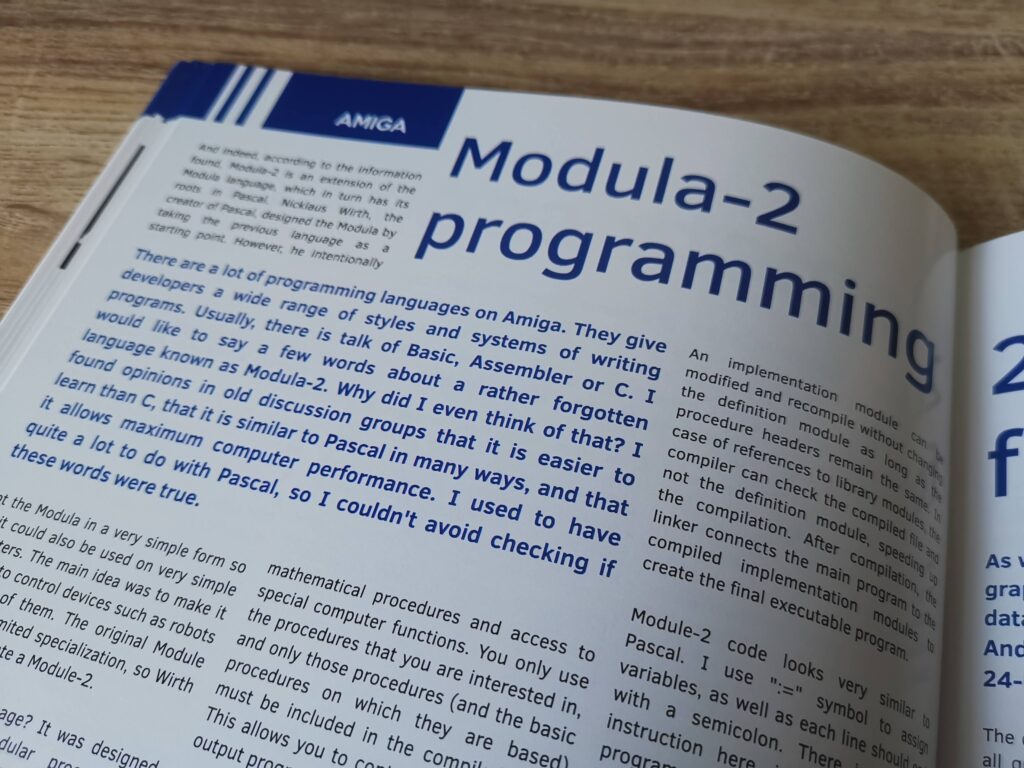 A quick run-down of the Commodore-centric articles in Retrokomp Issue 2:

If you’ve never come across Retrokomp magazine before you might like to read through my preview of the first issue here and the second, here.

Alternatively if you’d like to purchase a copy of Retrokomp Issue 2 for yourself then visit the publishers website here and show your support. 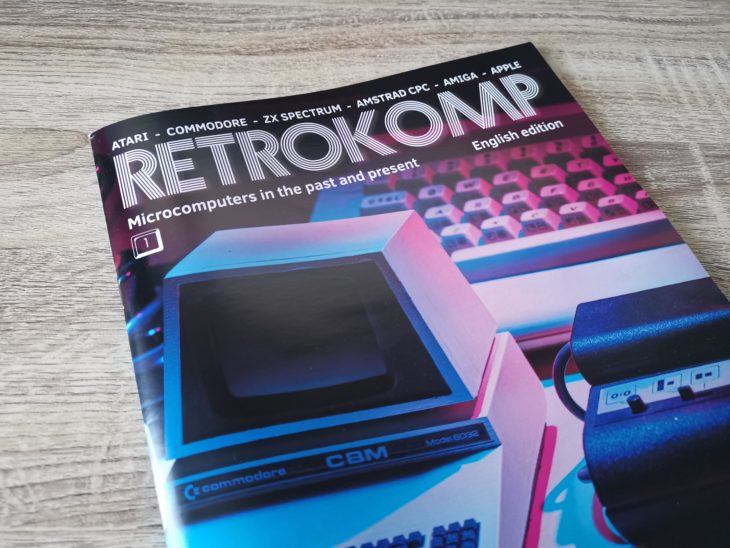 Issue two of the multi-format retro magazine has finally been released and I received my copy a few days ago. Just to confuse things slightly this magazine is actually named Retrokomp Issue 1. That’s because the first issue was in fact numbered ‘0’. This is a slightly odd numbering convention that can be found on their other magazines such as Amiga User too. 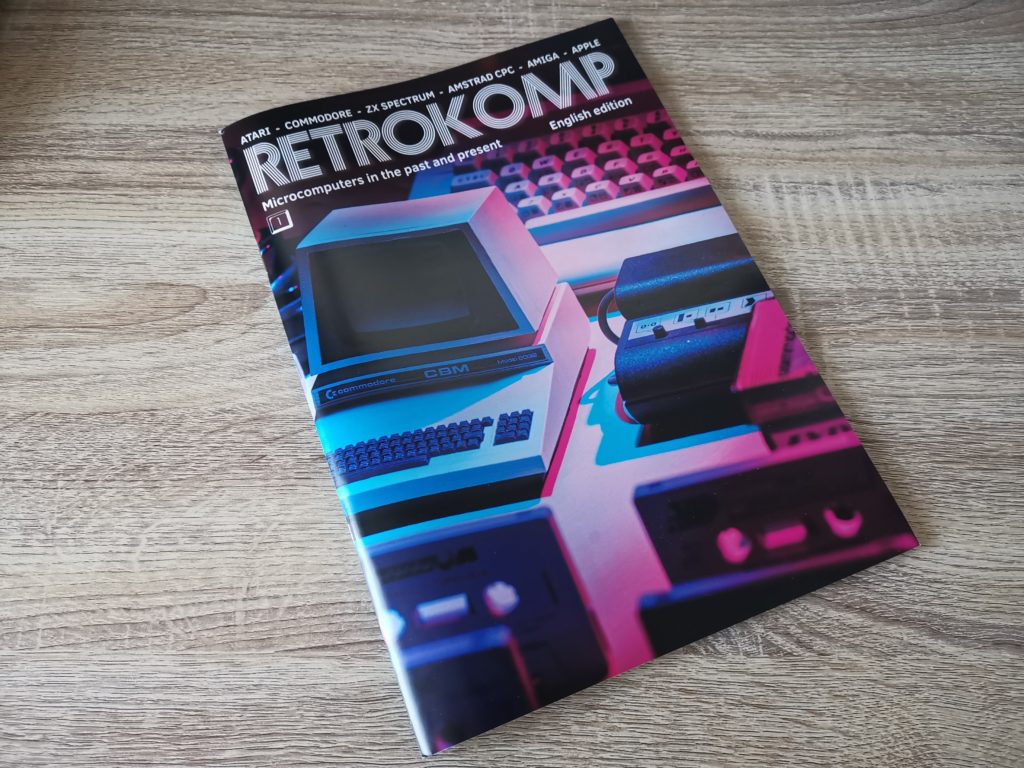 This issue is packed with even more Commodore content that the previous one and arrives with a hefty count of 76 thick glossy pages. 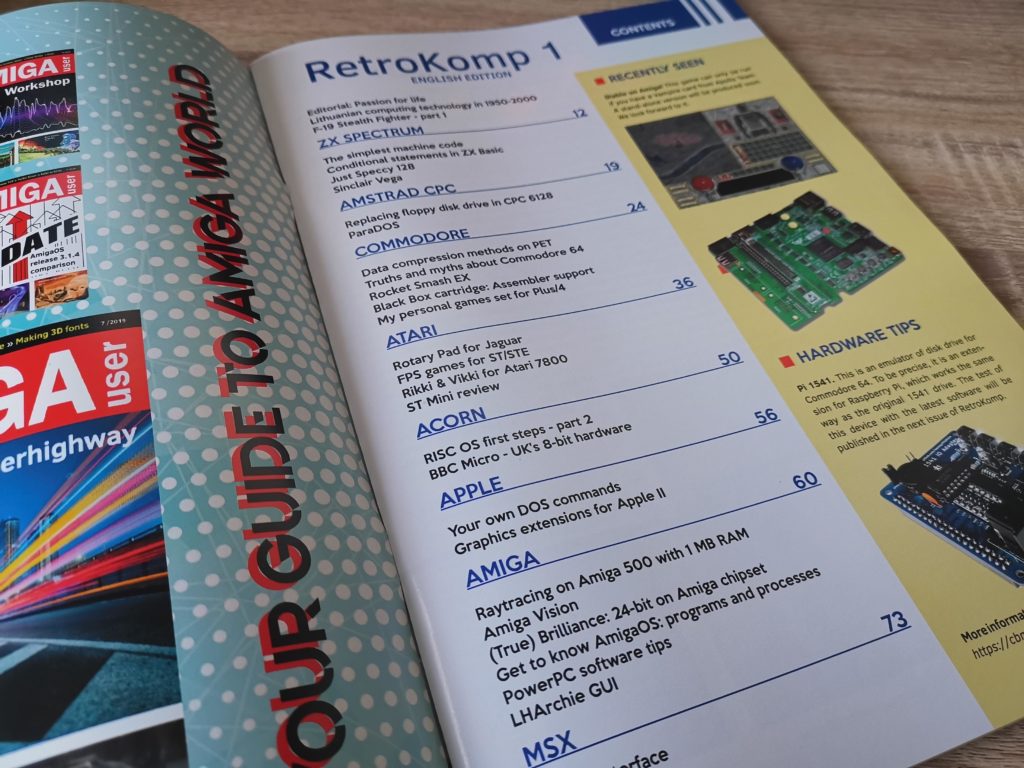 A welcome bias towards Commodore in this issues contents

As I mentioned in my look at the very first issue, this is definitely a magazine aimed at the more serious user. There’s a big emphasis on productivity and creative software rather than gaming. This is no bad thing though as there are plenty of magazines offering gaming news and reviews now. That’s not to say the Retrokomp doesn’t dabble with games though. This issue has the first part of really interesting series of articles delving into MicroProse F-19 Stealth Fighter, possibly their finest flight simulation ever in my opinion. 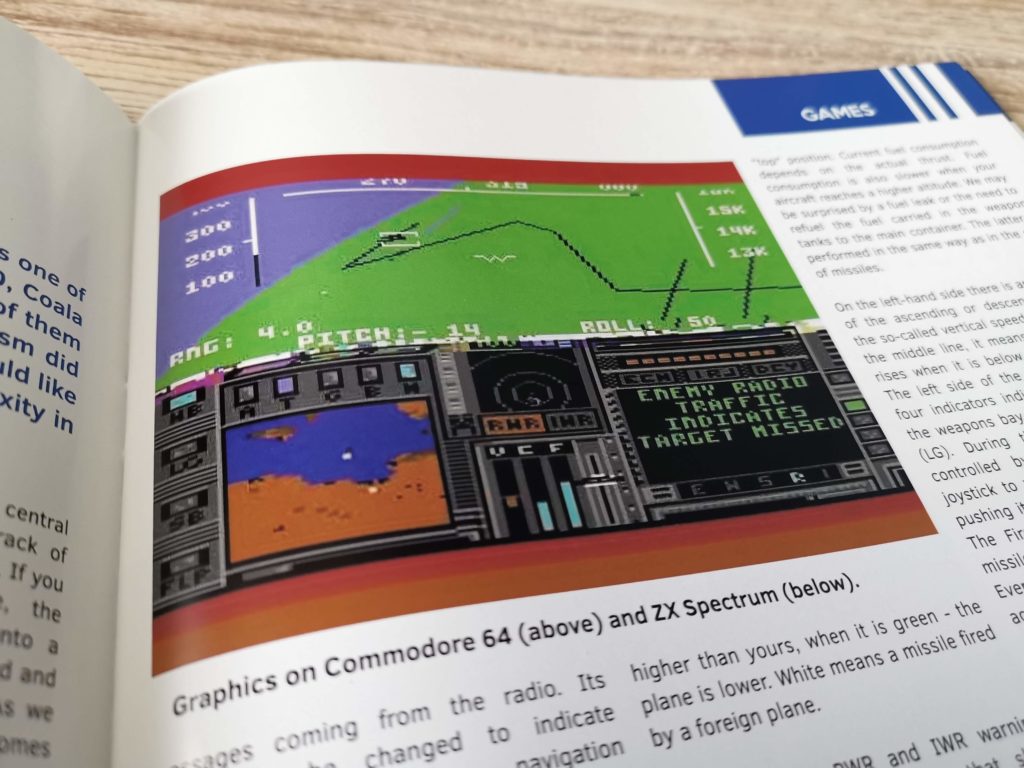 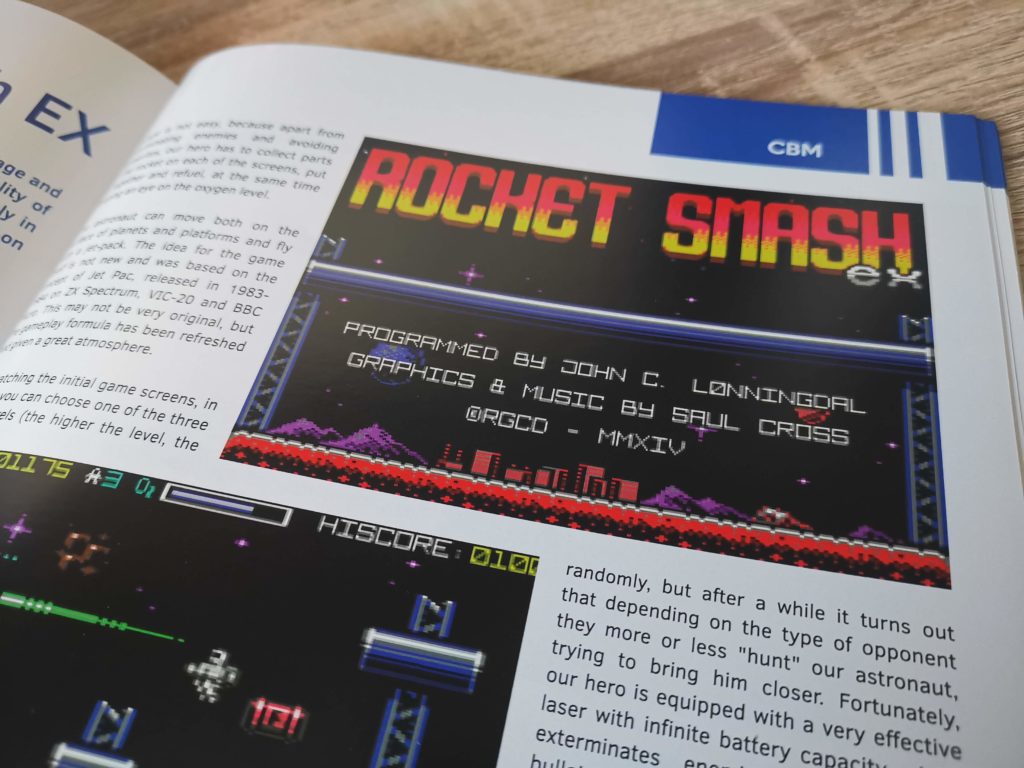 Of course there’s no shortage of interesting articles to expand your retro computing knowledge either. I particularly enjoyed the LHArchie GUI guide that shows how to install a GUI for the previously shell only LHA archive utility. 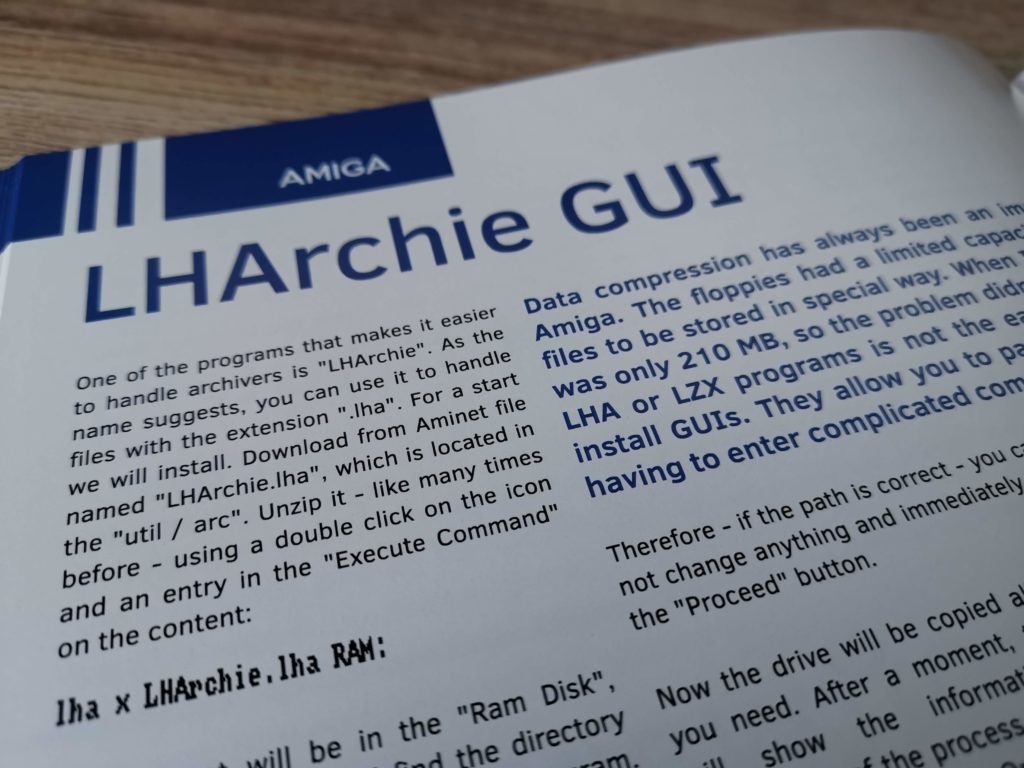 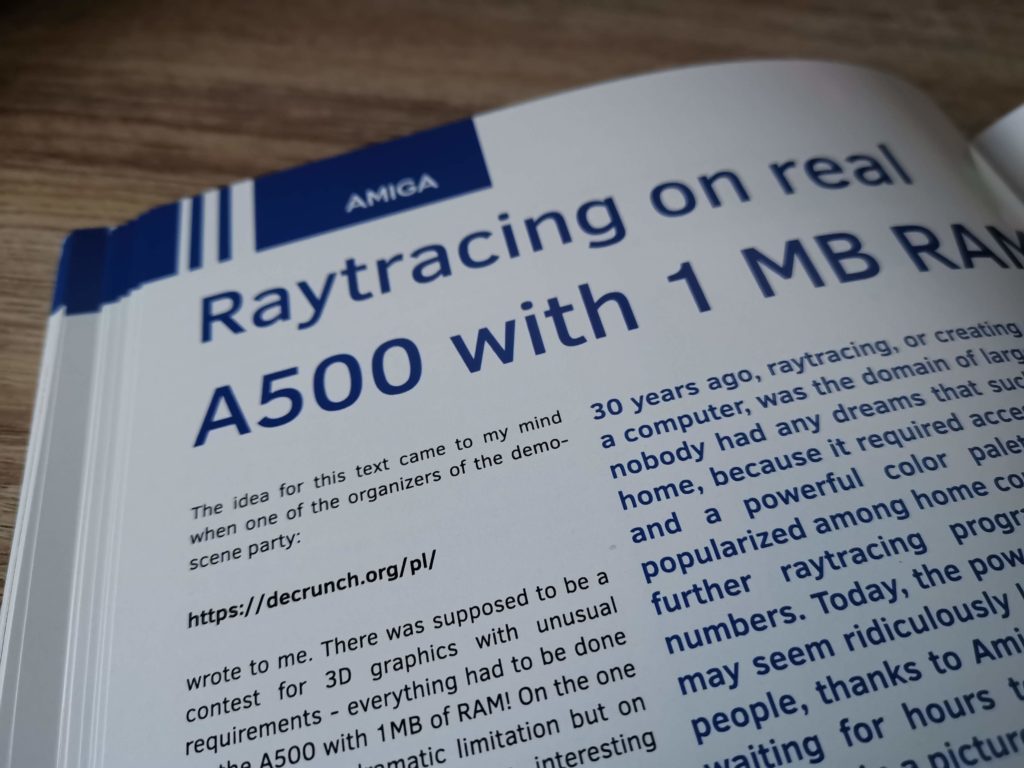 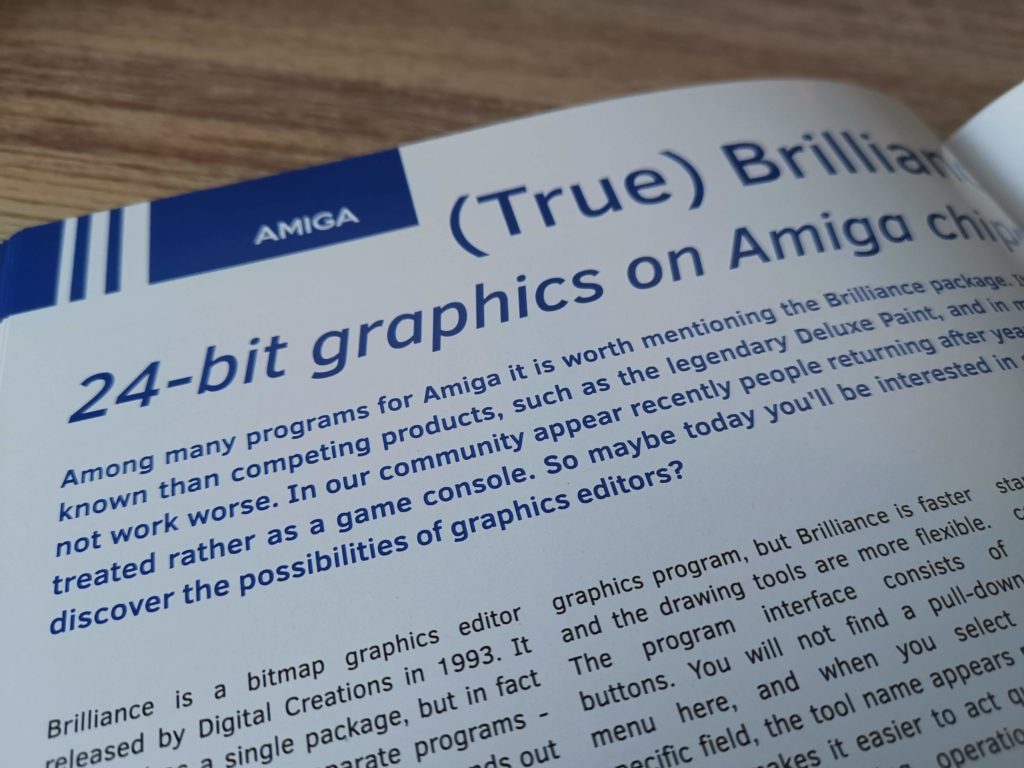 Everyone remembers Deluxe Paint on the Amiga but who remembers Brilliance?

A quick run-down of the Commodore-centric articles in Retrokomp Issue 1: 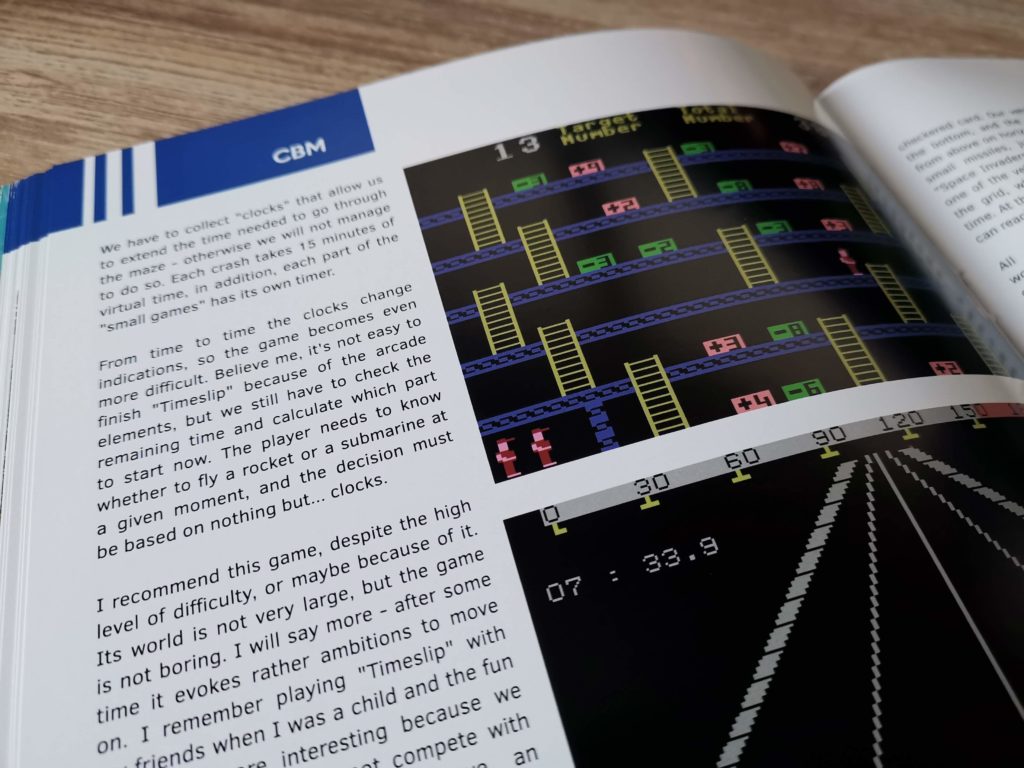 If you’ve never come across Retrokomp magazine before you might like to read through my preview of the first issue here.

Alternatively if you’d like to purchase a copy of Retrokomp Issue 1 for yourself then visit the publishers website here and show your support. 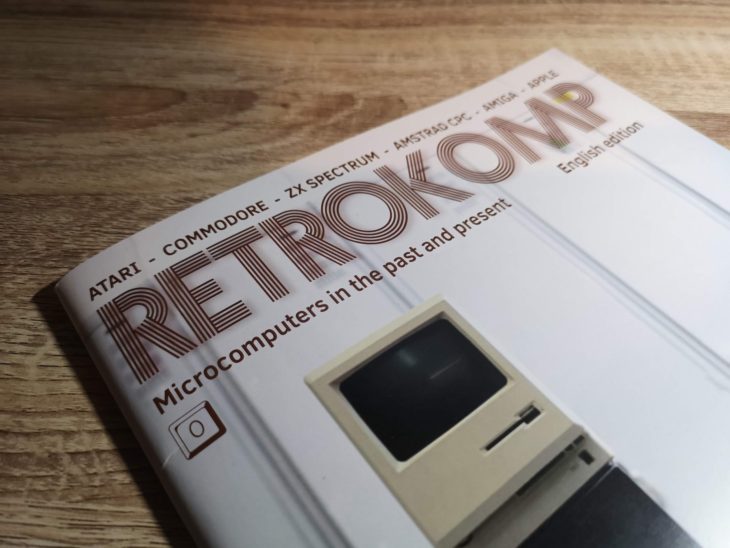 I originally spotted Retrokomp Magazine a few months ago. I thought it looked interesting but sadly it was only available in Polish at the time. That’s changed now though so I ordered myself a copy for €10 plus postage last week and it arrived today. 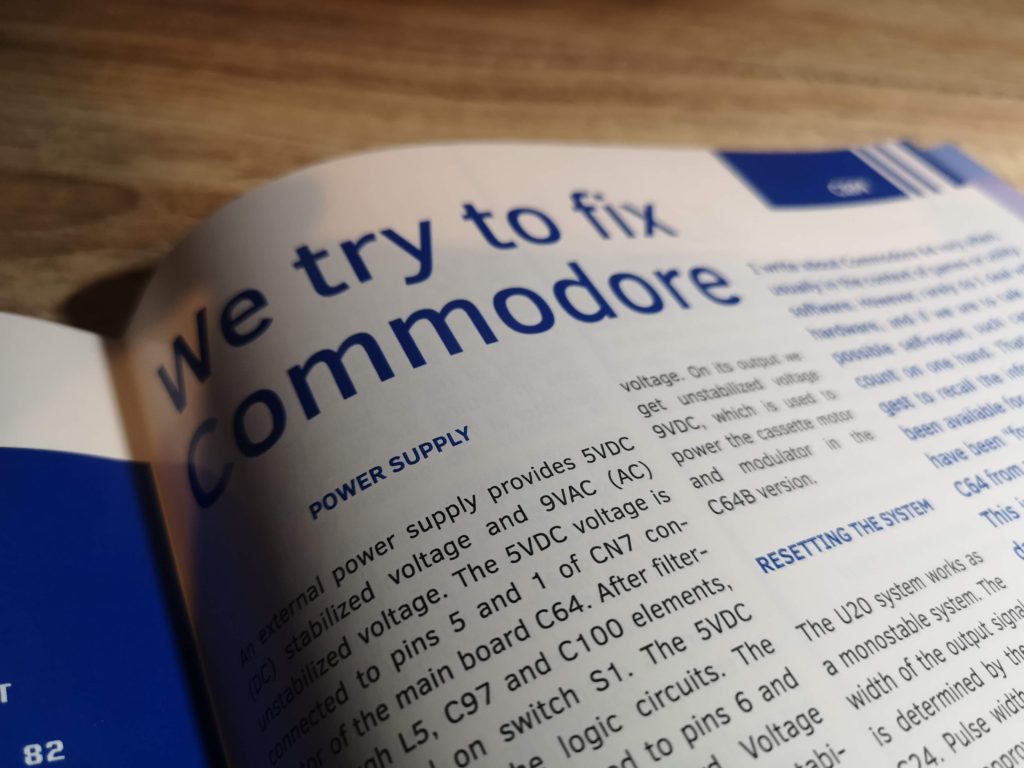 A technical article looking at diagnosing issues with the Commodore 64

So what exactly is it?

Retrokomp Magazine is a brand new retro computer magazine that focuses on 8-Bit and 16-Bit machines and is published by amiga.net.pl in Poland. Although it covers other makes and models of machine there is a lot of Commodore content covering everything from the VIC20 though to the Amiga. The other machines covered include Atari, ZX Spectrum, Amstrad CPC and the old Apple computers. It’s produced in full colour to a high standard on A4 glossy paper and there are 74 pages in total. 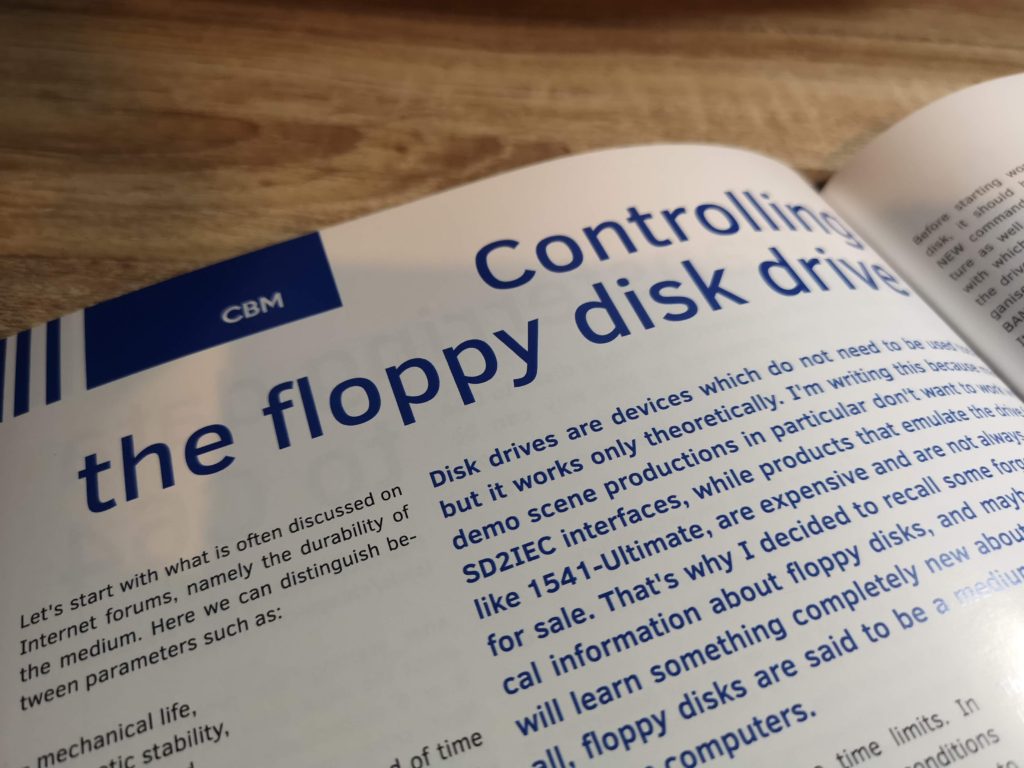 Detailed look at the long lost methods of interacting with 5.25″ floppies and how you can convert them to .D64’s

The first thing that struck me as I flicked through it is that it’s not like most of the other magazines in circulation right now. This is not a game-centric magazine, it’s very text heavy and it contains a lot of articles and information. This is a good thing in my opinion as there are plenty of other magazines that cover games already.

I’ve read a few of the articles in full and they’re well written, interesting and informative. They’re the sort of articles that I will either refer back to in the future or prompt me to start experimenting with a particular piece of kit or write a program. They remind me a little bit of the sort of articles you used to get in Amiga Shopper magazine (RIP). 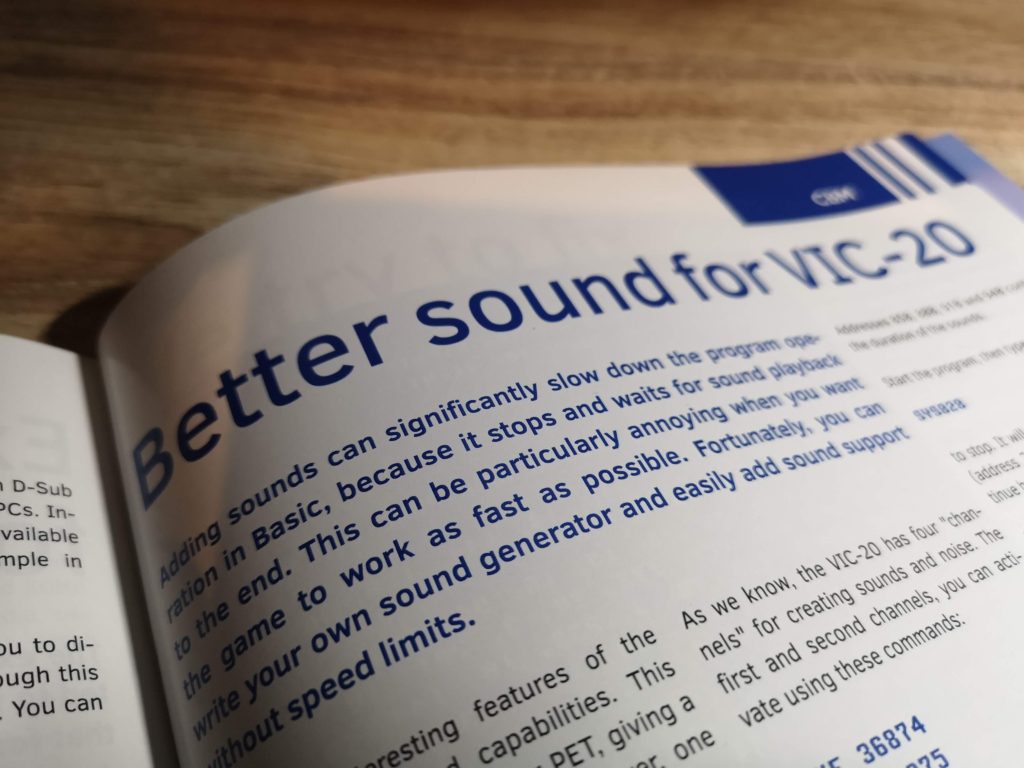 A quick run-down of the Commodore-centric articles in this issue: 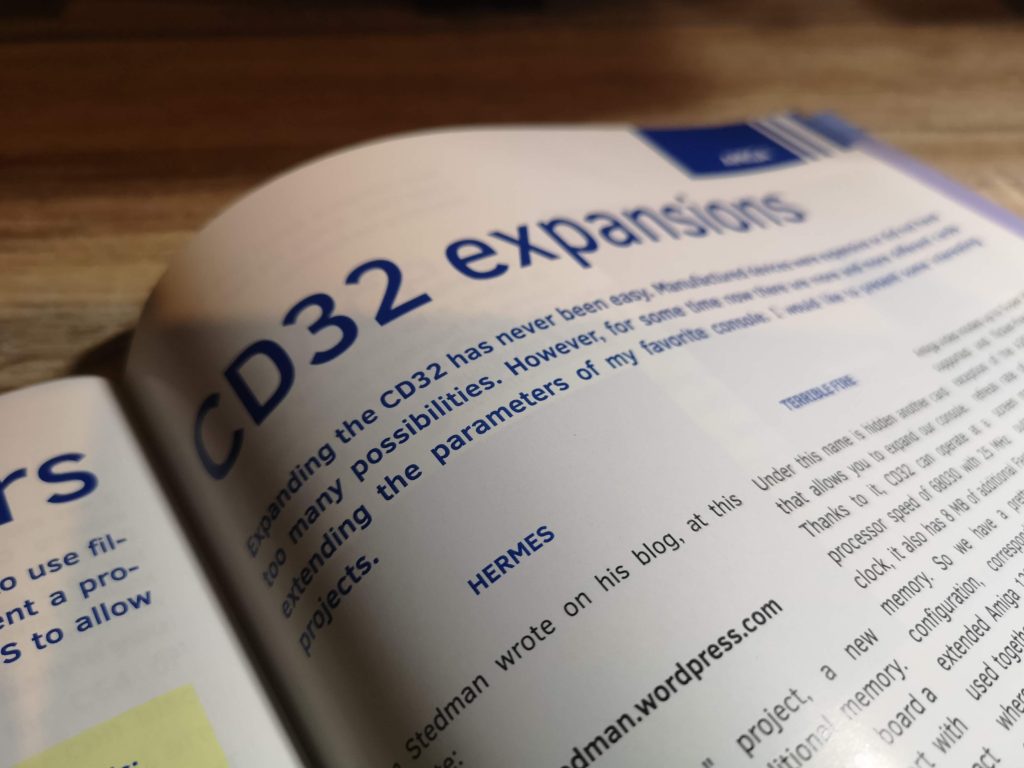 Although I’ve not read all of the magazine yet, what I have read so far impressed me. Even the non Commodore articles look interesting, so if I ever pick up one of those other machines there’s plenty to come back for.

Basically if you are interested in using your old computers for anything other than simply playing games on then I’d definitely recommend giving this magazine a try. It’s clearly targeted at hobbyists and tinkerers like myself and has plenty to offer.  If, however, you are only interested in games then this probably isn’t the magazine for you. 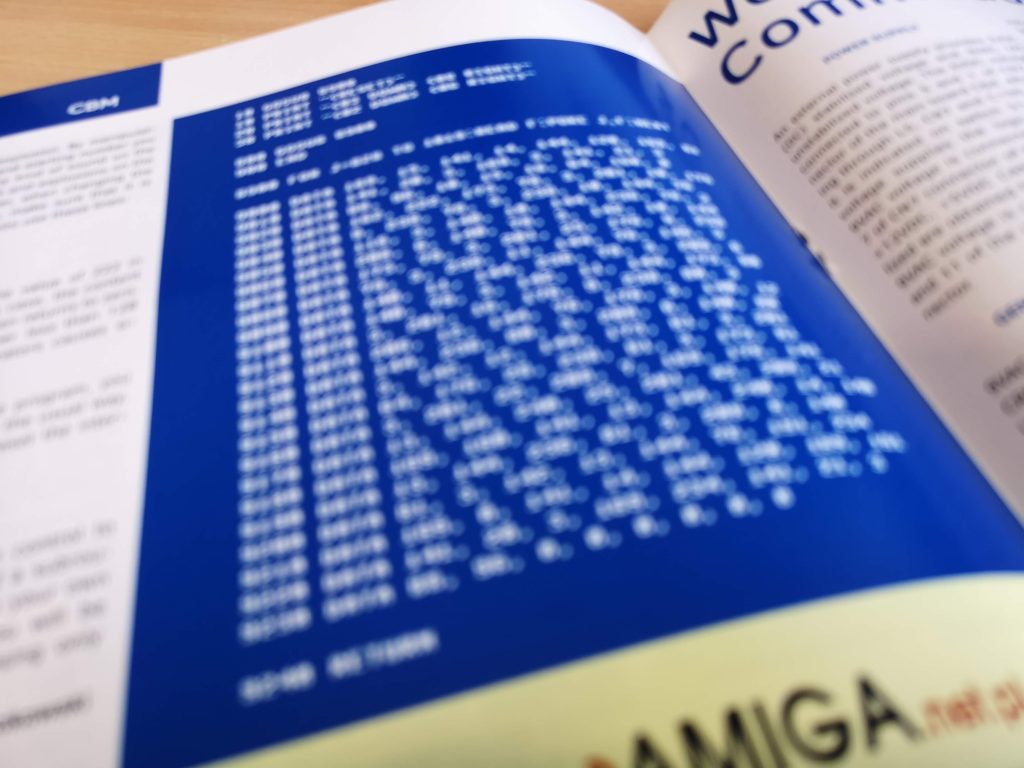 Happy days – a program listing to type in! This alone made the purchase worthwhile. (yes it’s deliberately blurred)