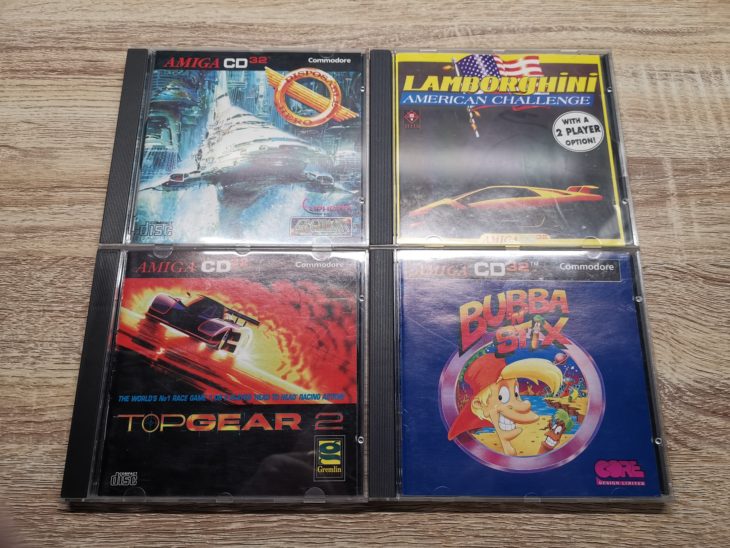 Recently managed to pick up four new games to bolster my Amiga CD32 collection. The packaging is in excellent condition and each game is complete with its instruction booklet. Sadly one of the discs has succumbed to disc rot but I’ll get to that shortly.

Here’s a screen shot of each game in action, seen running on my Philips CM8833-MkII CRT monitor. 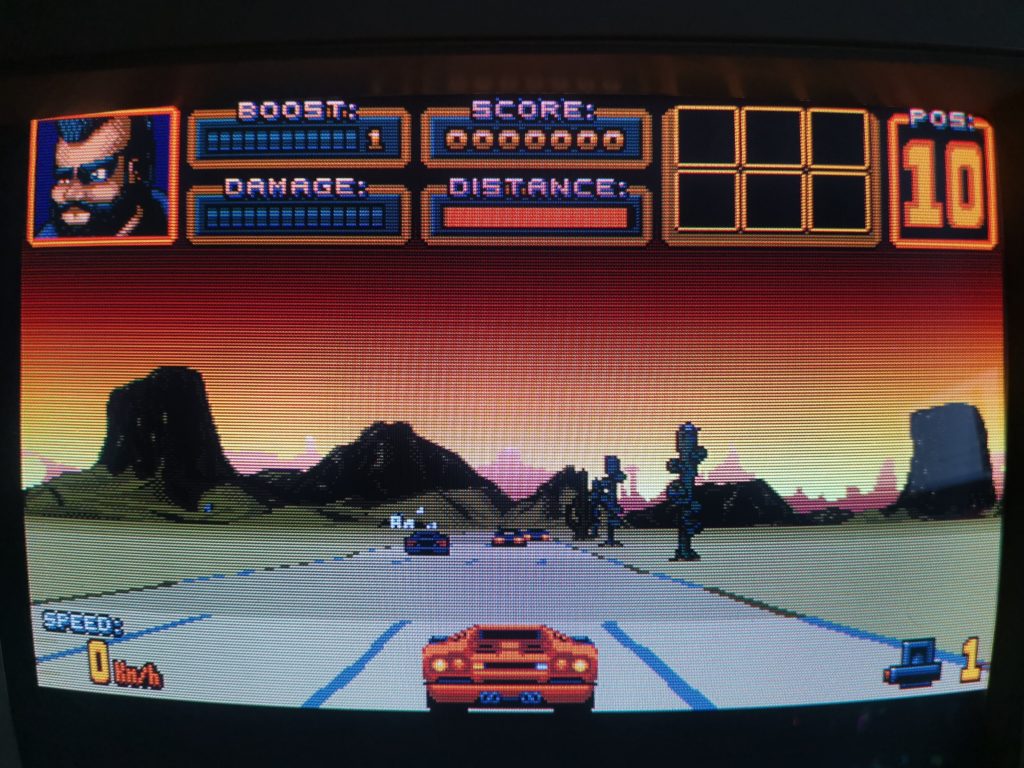 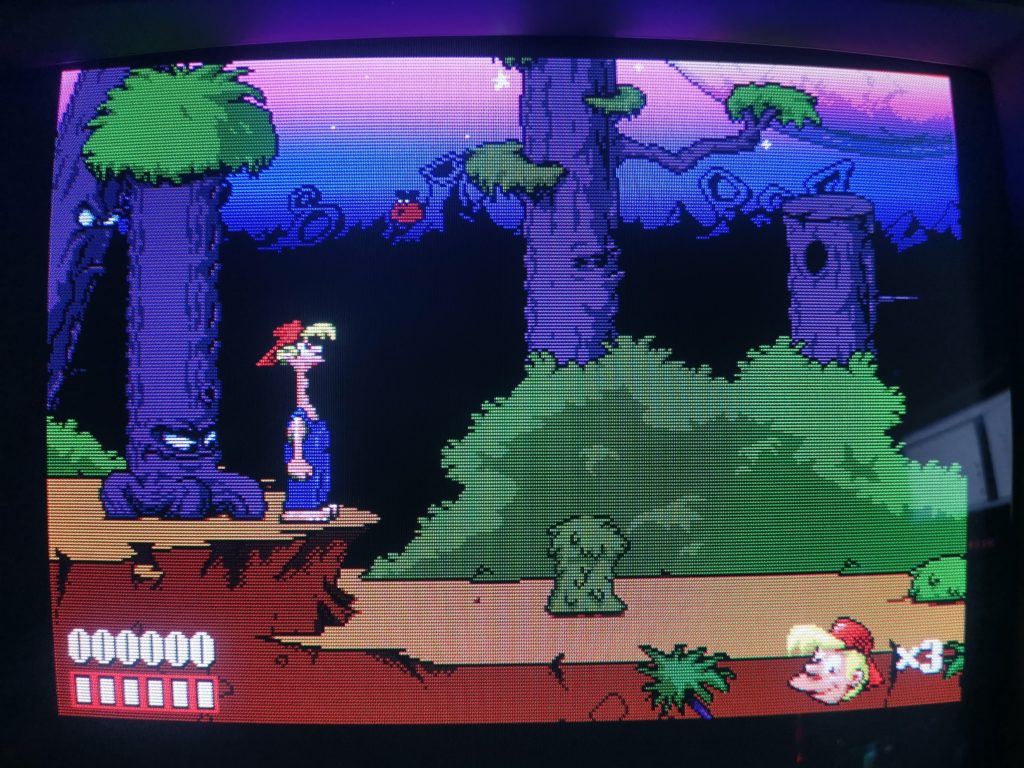 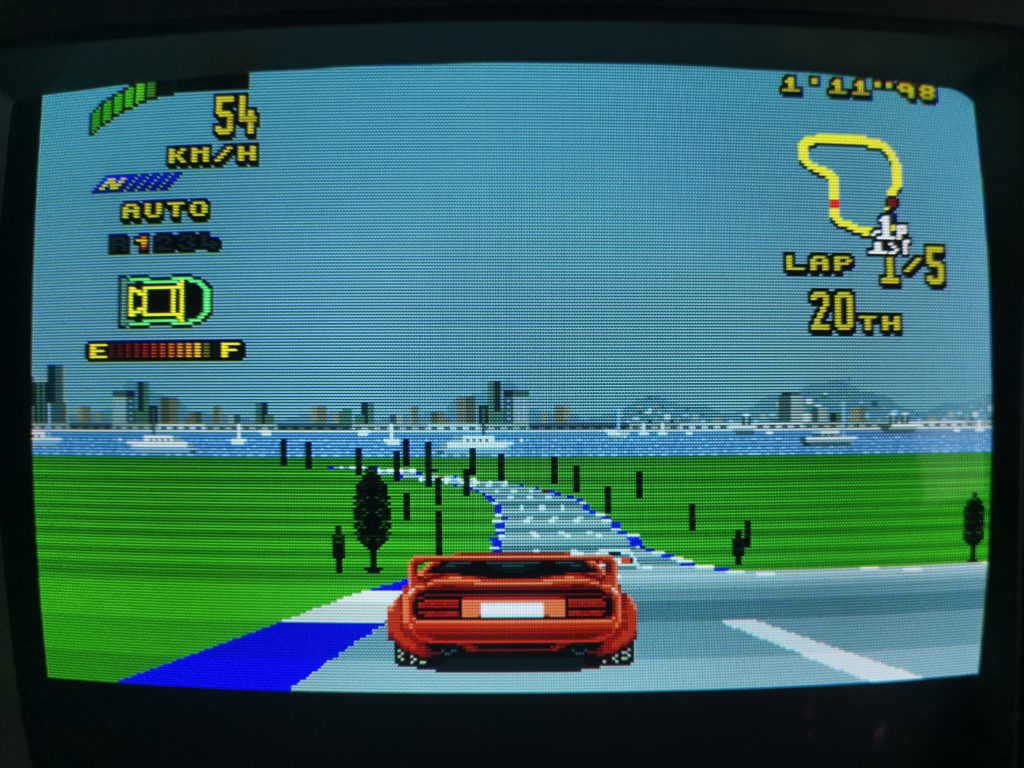 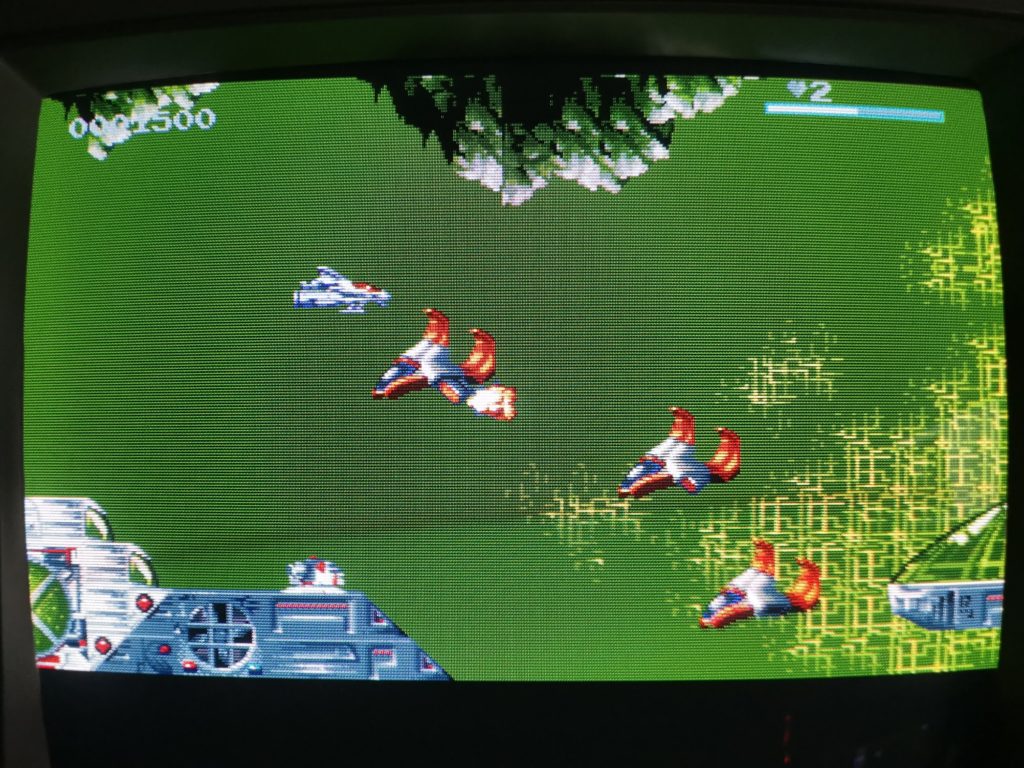 So the games all look great and loaded up fine which was fantastic. Unfortunately when I flipped over the Disposable Hero CD I noticed something I’ve never seen on any of my discs before. There were these strange brown marks, almost like oil stains around the circumference of the disc. There was also some strange marks around the centre of the disc. All these marks were beneath the surface and wouldn’t wipe off. 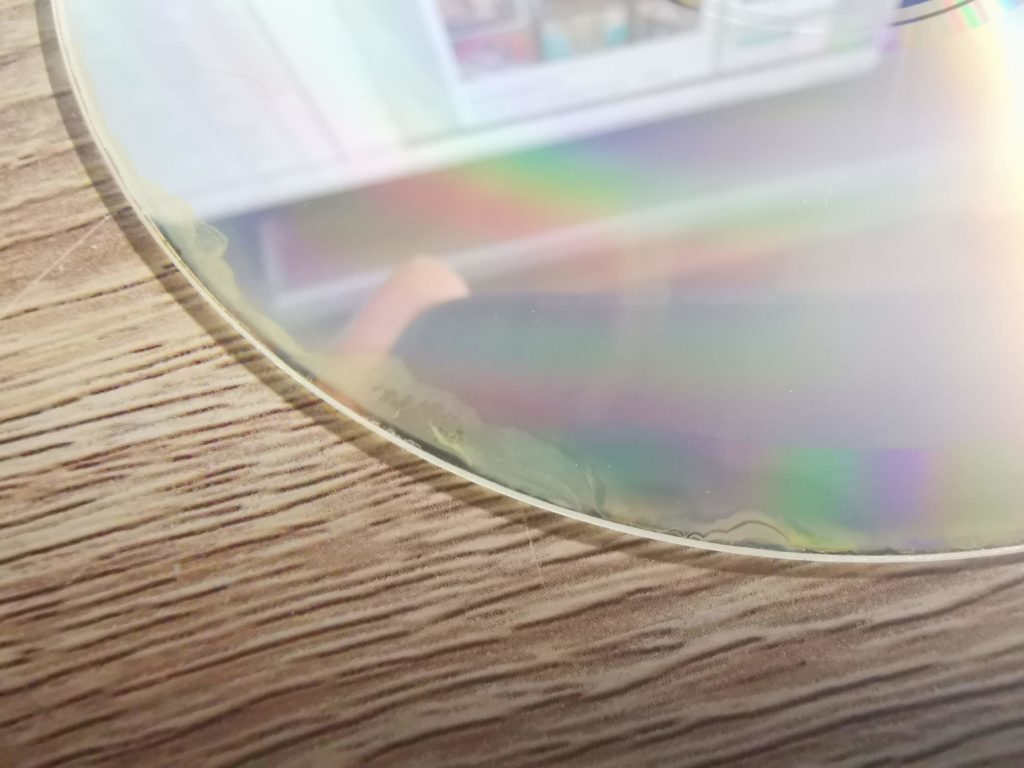 After a bit of internet searching I discovered that this a phenomenon known as ‘Disc Rot‘. Now I was already acutely aware that magnetic media deteriorates over time, especially 3.5″ Amiga floppies. However I’d always thought optical disks would last a lifetime if treated carefully. Apparently that’s not the case though as many people are now finding out. Over time the layers that make up a CD can become ‘de-bonded’ or the reflective foil where the data is stored can oxidise. In fact there’s a whole host of things that can go wrong with old CD’s and these CD32 discs are 30 years old now. 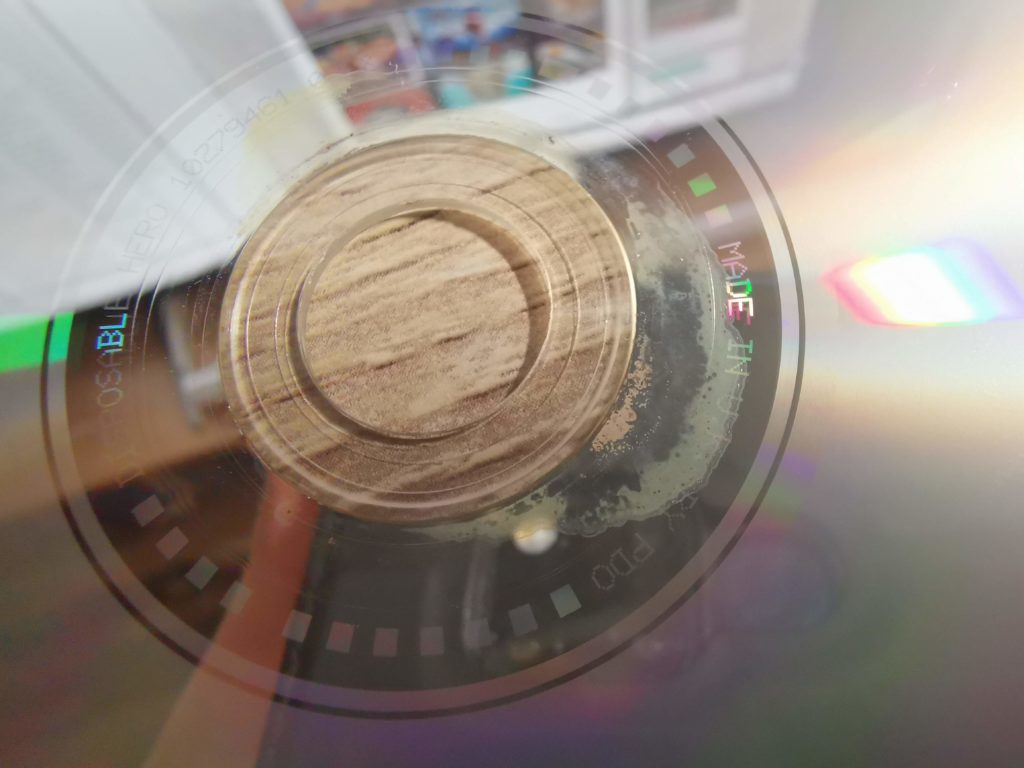 Disc rot around the centre hub.

In the photo above you can clearly see how the reflective layer has turned a milky colour and in some places has disappeared altogether. If it ever reaches the area where the data is stored the CD will become useless.

At it’s worst the rot extends 4mm inwards from the outer edge of the CD32 disc. Thankfully it looks like the game ‘recording’ starts 8mm in from the edge so has not (yet) been affected. 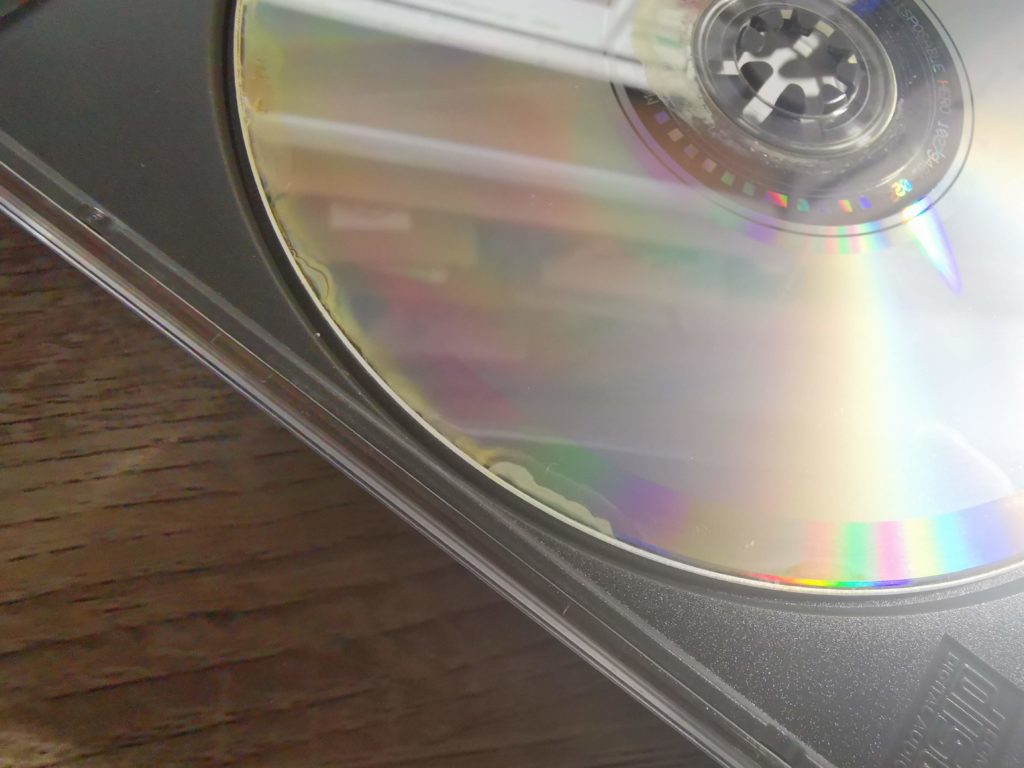 Luckily the disc still plays fine so the damage mustn’t have reached the important parts of the CD yet. I’m unsure if the rot was caused or exacerbated by how it was stored by the previous owner(s). As a result I don’t know if the rot will continue to worsen or if it will stop now the CD is being kept in a nice dry room?

So what am I going to do about it? Well this experience has been a bit of a wake up call for me. As I said earlier I was under the impression CD’s were pretty indestructible. Luckily now I know better.

I still have time to check and make copies of my precious CD32 games discs. As far as I’m aware CD32 discs weren’t copy protected so it should be easy enough to make copies. Luckily I have a nice stockpile of LightScribe discs too (remember those?) so I can make some half-decent looking backup copies… starting with Disposable Hero.