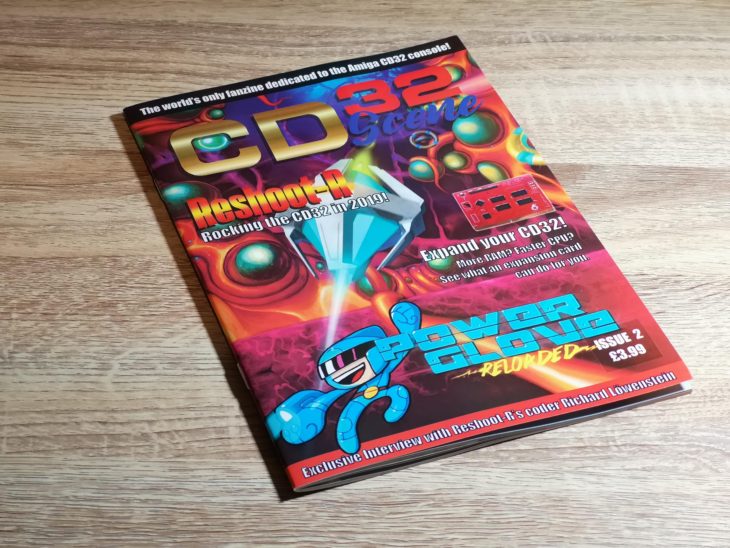 Nearly six months after its debut, CD32 Scene Issue 2 is finally out. It’s lost the coverdisk, it’s a little thinner but it’s also cheaper too. Best of all I’m happy to report that the quality of the writing has vastly improved. It’s not perfect and there are a few printing errors near the front but it no longer spoils the content of the magazine. 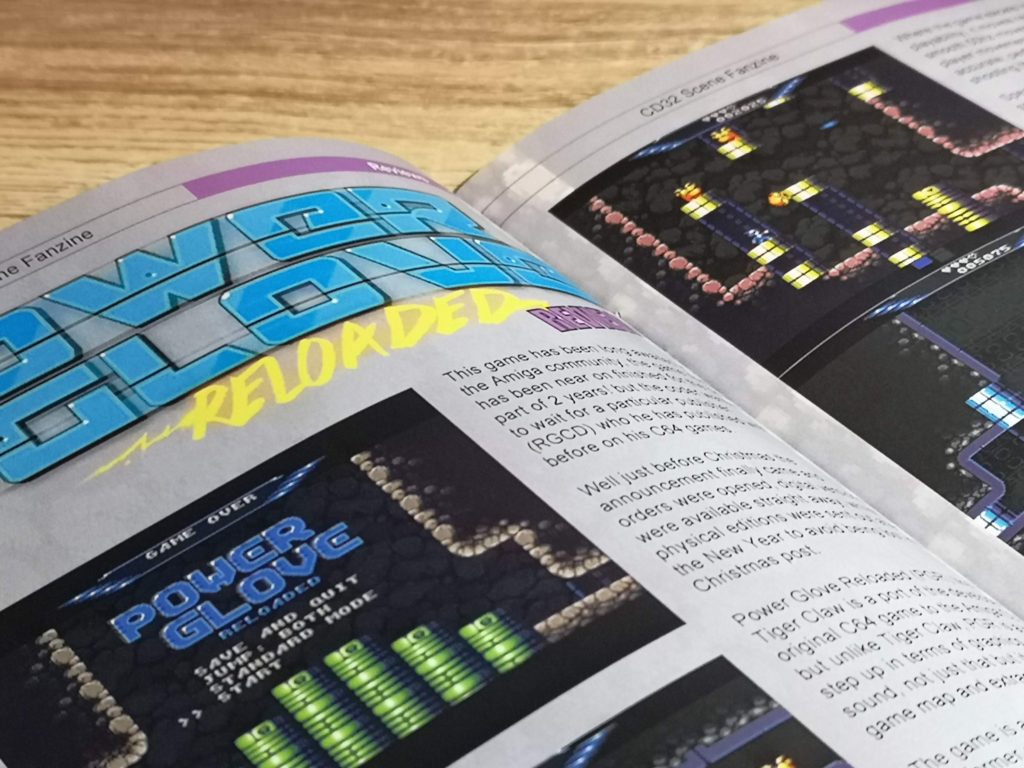 Speaking of content… Review wise we’ve got Zerosphere, Heroes of Gorluth, Tiger Claw and Power Glove. There’s a look at some of the recent PD releases and the next part of the A-Z of CD32 games. 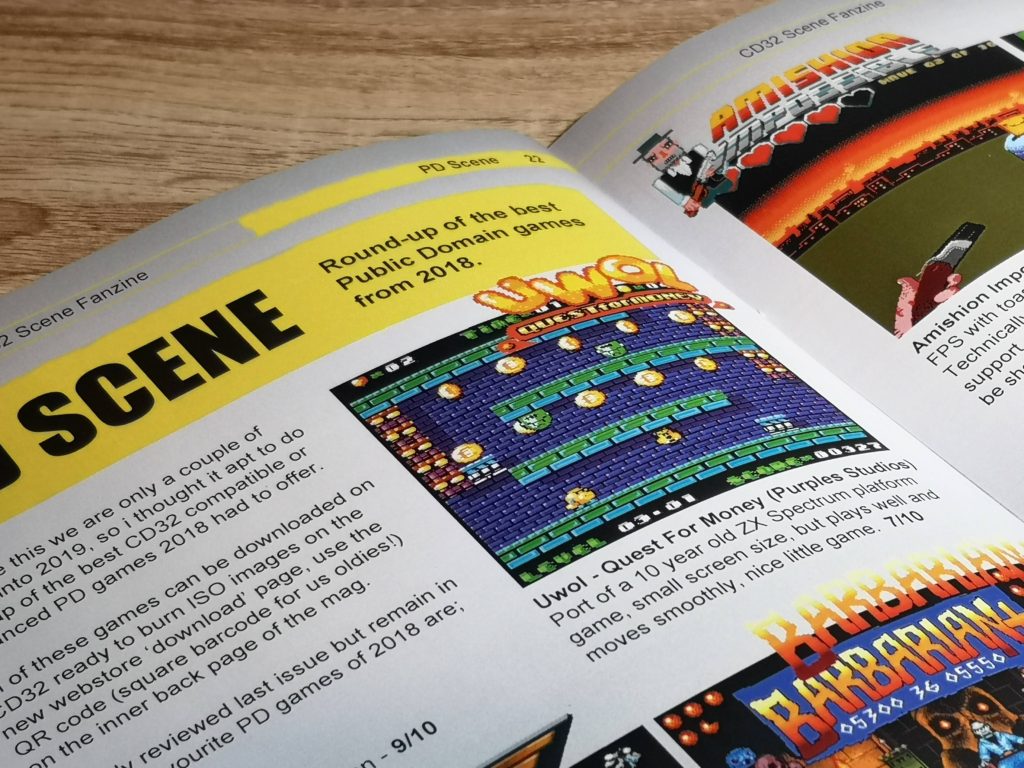 A look at recent PD releases

There’s also an interesting overview of expansion cards available for the CD32 (both old and new), news, an interview with Richard Löwenstein and some game previews. 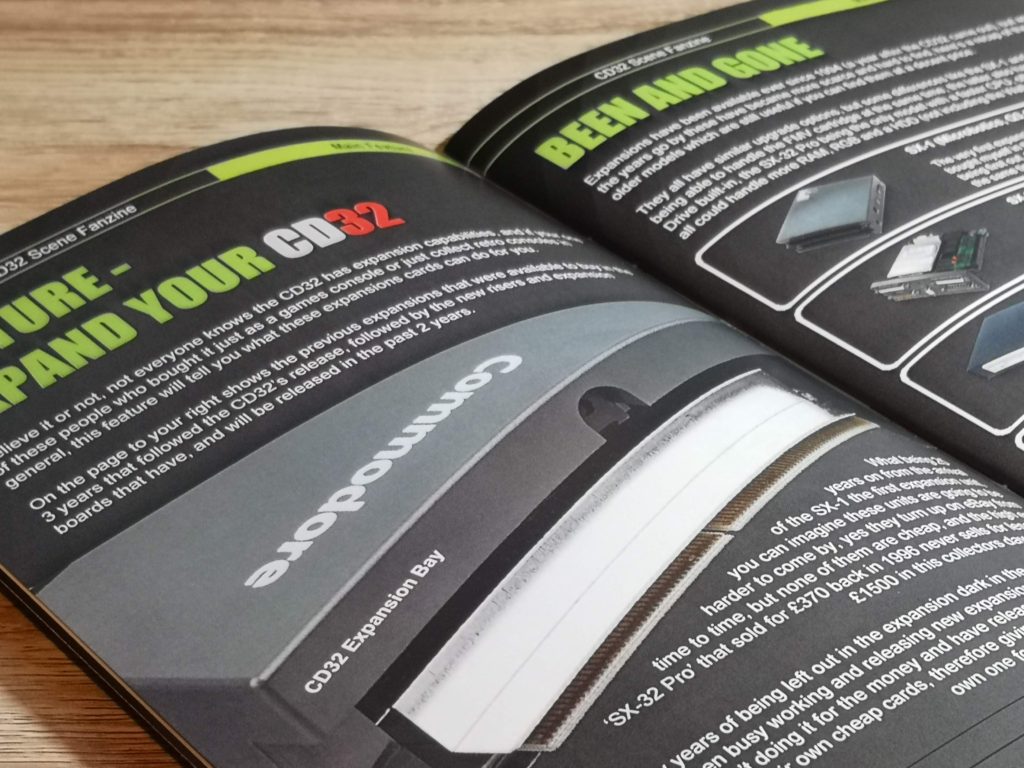 As the author is quick to acknowledge, the CD32 scene is quite small at the moment and there isn’t a massive amount of new content that can be covered. However I enjoyed everything CD32 Scene Issue 2 had to offer and think it was well worth the £3.99 asking price. I feel it’s worth pointing out that most of the games featured work on regular Amigas too, so even if you don’t yet own a CD32, the content is still mostly relevant. 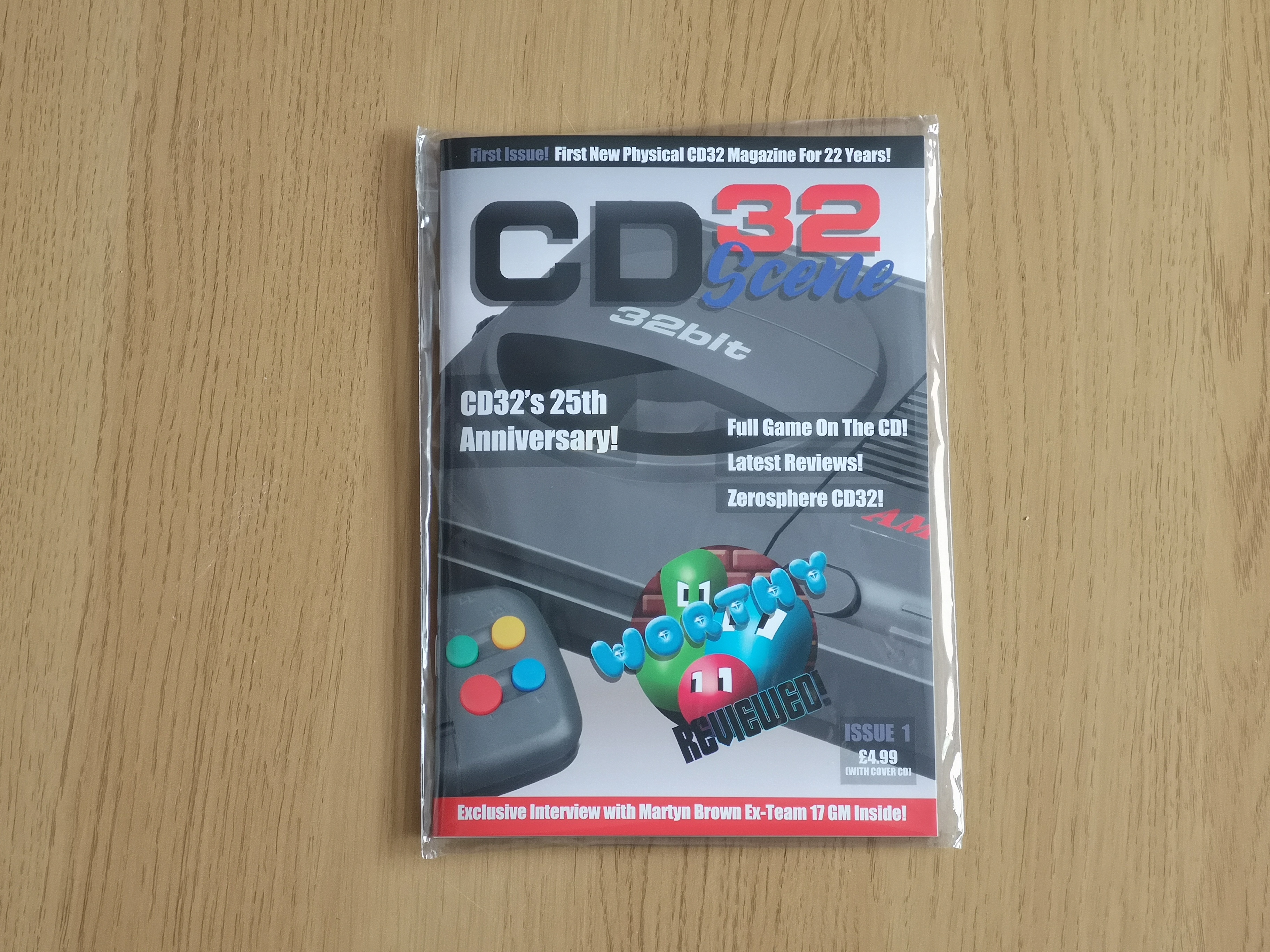 Just in time for the weekend the very first issue of a brand new Amiga CD32 magazine; ‘CD32 Scene’ arrived in the post, complete with a Cover CD and a cool fridge magnet. The cover CD features the full game ‘Lumberjack Reloaded’, demos of ‘Heroes of Gorluth’ and ‘Zerosphere’ plus some PD games and a video from the former editor of Amiga CD! magazine. 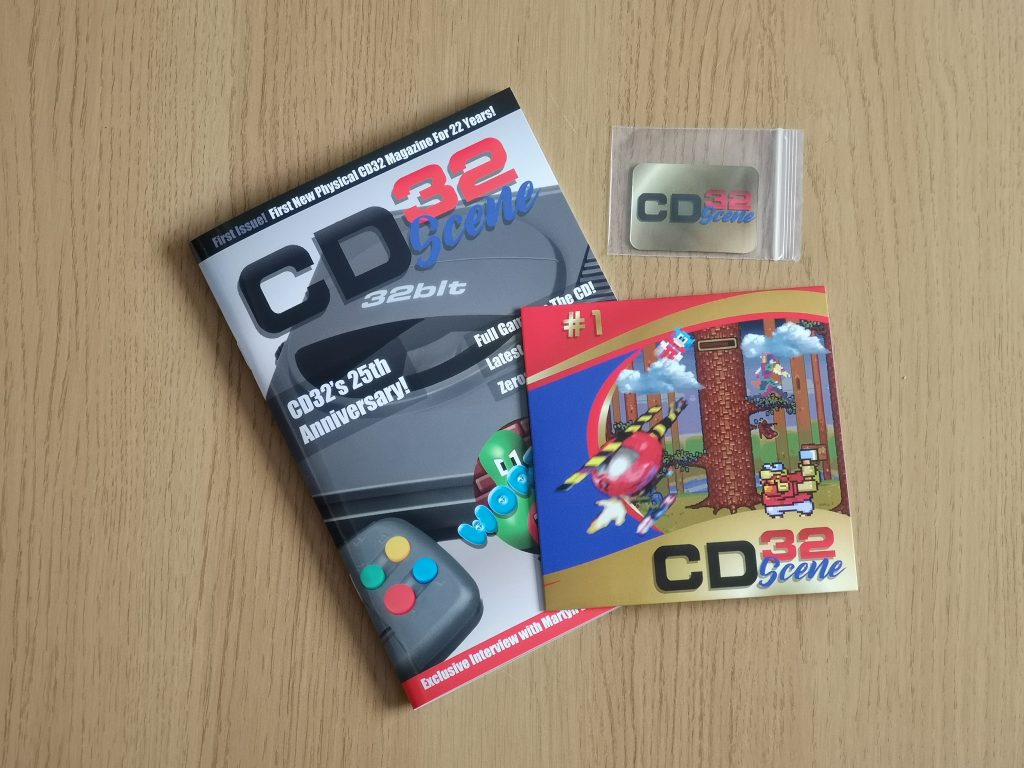 The magazine along with the cover CD and fridge magnet

According to the blurb on the cover this is the first new physical CD32 magazine there has been in the past 22 years! I don’t even have a CD32 yet but felt an endeavour like this needed to be supported so bought a copy. Besides there is a massive overlap between the Amiga and CD32 – the CD32 basically being a stripped down A1200 with a CD-ROM drive. It’s a system I would like to add to my retro collection at some point in the near future anyway. 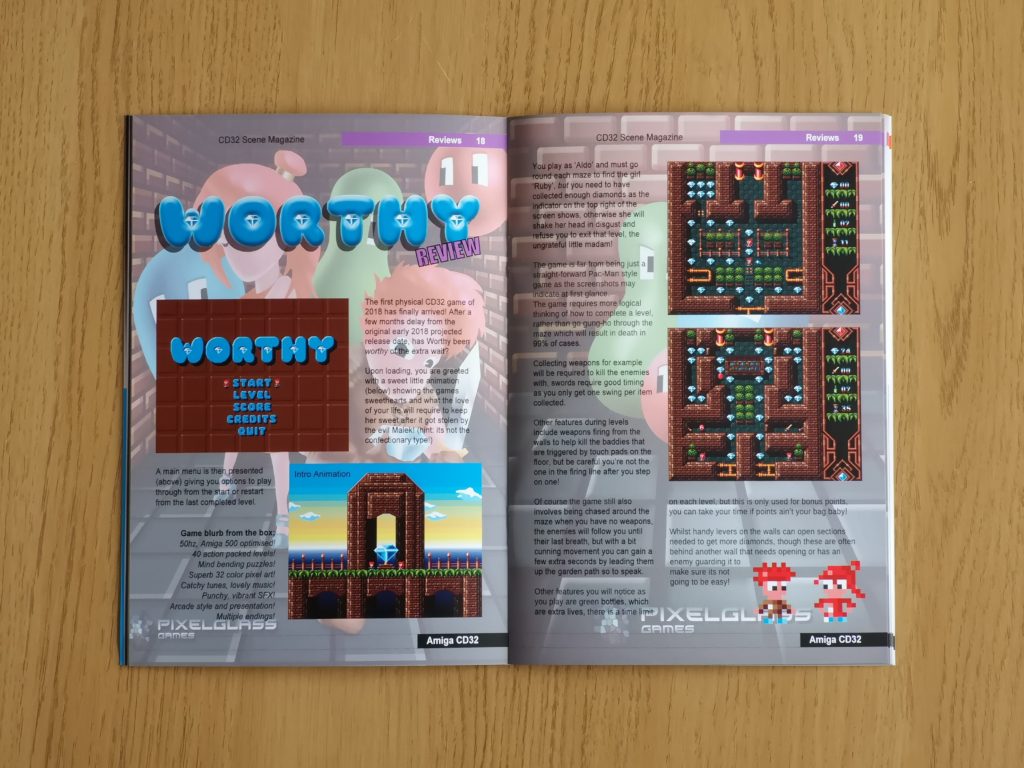 Inside the A5 sized magazine there’s plenty to read such as reviews of brand new Amiga games including Worthy, Reshoot and Lumberjack Reloaded. There’s also a look at several Public Domain demos that have been released recently. 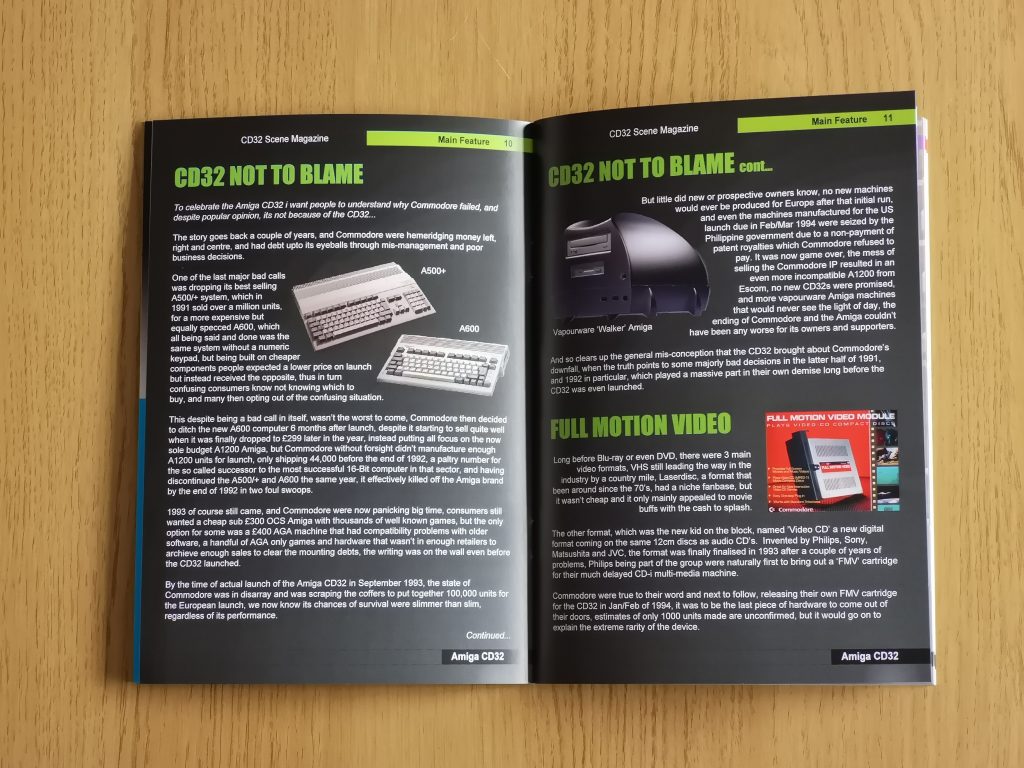 There are plenty of articles about the history of the CD32 itself too alongside an interview with Martyn Brown, co-founder of Team 17 about his experience of making games for the system. There’s also current news and previews of upcoming games and more to get stuck into. 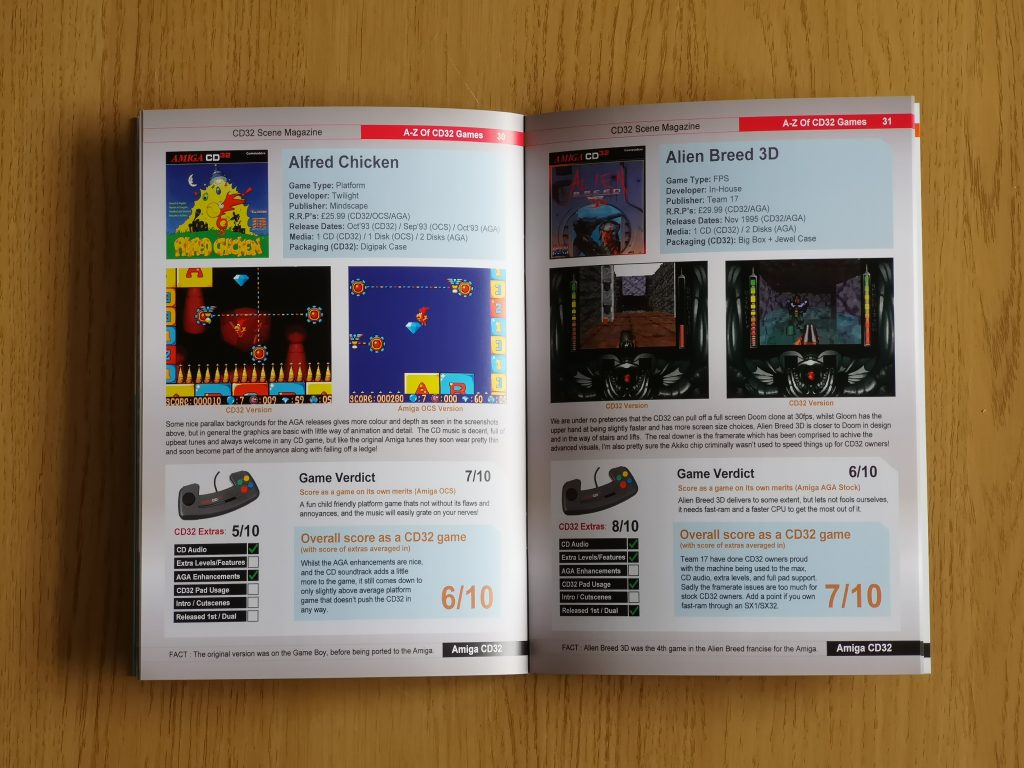 Of particular interest to me was the A-Z of CD32 Games. Given that I don’t currently have any games for the system at all this will be a great reference source for me when I inevitably start to build up a collection 😉